by Sophia Soltani
in Events, News
A A

Hotel News ME is to host its inaugural Leaders in Hospitality Awards 2016, on April 19, 2016, at The St. Regis Dubai to celebrate the best of the industry’s talent, properties and concepts. 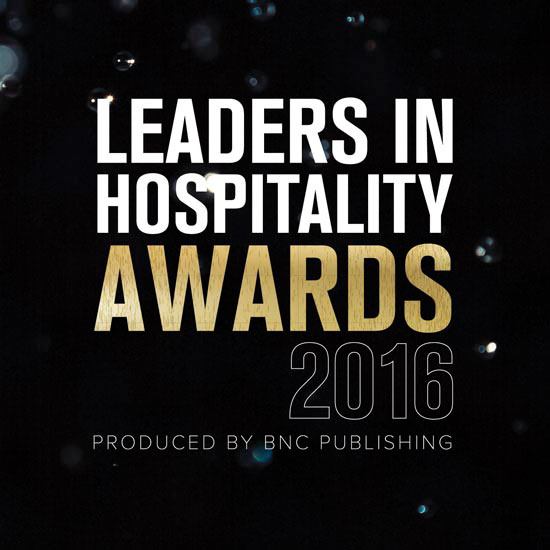 The Leaders in Hospitality Awards 2016 is designed to capture the outstanding elements of properties, campaigns and people across a number of categories.
Commenting on the latest addition to BNC Publishing’s portfolio of events, Melanie Mingas, group editor, business portfolio, said: “The Leaders in Hospitality Awards 2016 will celebrate and bring together professionals at all levels. The categories have been meticulously constructed to represent all sectors and levels of the industry, as opposed to the traditional, ‘people’ only awards. We have categories that will distinguish exceptional concepts, properties and personalities across the industry.”
The judges will be announced on hotelnewsme.com later this month.

Recognising a hotel which opened on or after 1 January, 2015, which leads in its class in terms of: concept, service, facilities, F&B, and diversity of offering.

This category will be awarded to a hotel which is classed as “mid-market” and leads in the fields of: guest experience, value, ability to provide high-standard facilities at an accessible cost and innovation in services.

In recognition of an F&B concept which adds to the experience of the hotel guest, as well as the local community. There is no limit on the age of the outlet, but consideration will be given to: originality of concept, positioning in the market, quality of food and popularity.

The Best Spa category will be awarded to a spa which leads in its offering of treatments, amenities and facilities. The winning spa will provide an immersive experience, which promotes wellbeing and health, as well as beauty, for both men and women.

This category recognises a hotel owned and managed health and fitness facility, which provides equipment, training and guidance to individuals of all abilities, both men and women, within an original concept.

With technology increasingly central to the guest experience, this category will be awarded to a hotel which has taken technological innovation to a new level without being prohibitive to guests who choose not to engage. The winning property will integrate high-tech features in public areas and guest rooms while ensuring the essence of hospitality and the overall guest experience isn’t affected.

Recognising a hotel of any star rating which maximises its use of space and light to create a venue that leads in its class for interior concepts and quality. The interior theme must be continuous throughout the property’s public spaces and rooms and not limited to a single area

This category will recognise a refurbishment which has effectively and efficiently updated the guest room through design, technology, accessibility and function. The project must have been completed on time and to budget, with figures for both disclosed in the nomination.

Recognising a CSR initiative that has brought value to staff and/or the community, while also supporting the overall objectives of the business. The winning initiative must have been executed in the GCC between January 1 2015 and March 1 2016. Details of any money raised, or other specific quantative achievements, must be disclosed in the nomination.

Covering online, offline, buzz marketing and social, the campaign much have taken place in the GCC between January 1 2015 and March 1 2016. The nomination should include details of the idea, how it was executed, the results and how these compared to the projections.

Assessing the achievements of a hotel general manger who was appointed on or after January 1 2015. The nomination should include details of previous positions, education, and greatest achievements during nominated period of leadership. These should include hotel performance statistics, staff retention statistics, ability to deal with situations under pressure and any major changes undertaken at the property which were steered by the GM. Can be pre-opening or an existing property, but must be a new GM

Recognising a young GCC national who is working in the hospitality industry, on property, either guest facing or back of house. The person must be under the age of 35 and a passport holder of the UAE, Saudi Arabia, Qatar, Kuwait, Bahrain or Oman. The nominee must have been employed for at least one year in order to quality for nomination.

Recognising a promising, next generation hotelier who has the ability to lead a team in future. The nomination should detail education, period of employment, notable achievements and include supporting evidence, including a statement from the nominating hotel’s GM

Recognising a hotelier who has made significant achievements during their career to the hotel industry in any area of operations.

Recognising a culinary genius who is consistently challenging the norm and is currently working in a hotel in the Middle East.

Recognising efficient procurement programmes in the hospitality industry. The nomination must include details of the person/ people who devised the initiative, the results it achieved, time period and other details.

Recognising a hotelier that has successfully grown a hotel’s brand, occupancy and revenue, alongside introducing initiatives to support their team, community and industry. This award will be presented to a GM currently working in the GCC who demonstrates excellent leadership qualities. Each nomination must include qualitative evidence of every achievement documented.

To nominate please contact hnmesocial@bncpublishing.net and a submission form will be sent to you

If you have any questions about the event, visit our FAQ page