The report highlighted that total guests in Ajman in 2015 reached 509,658 while total guest nights reached 1,392,406 with majority of the 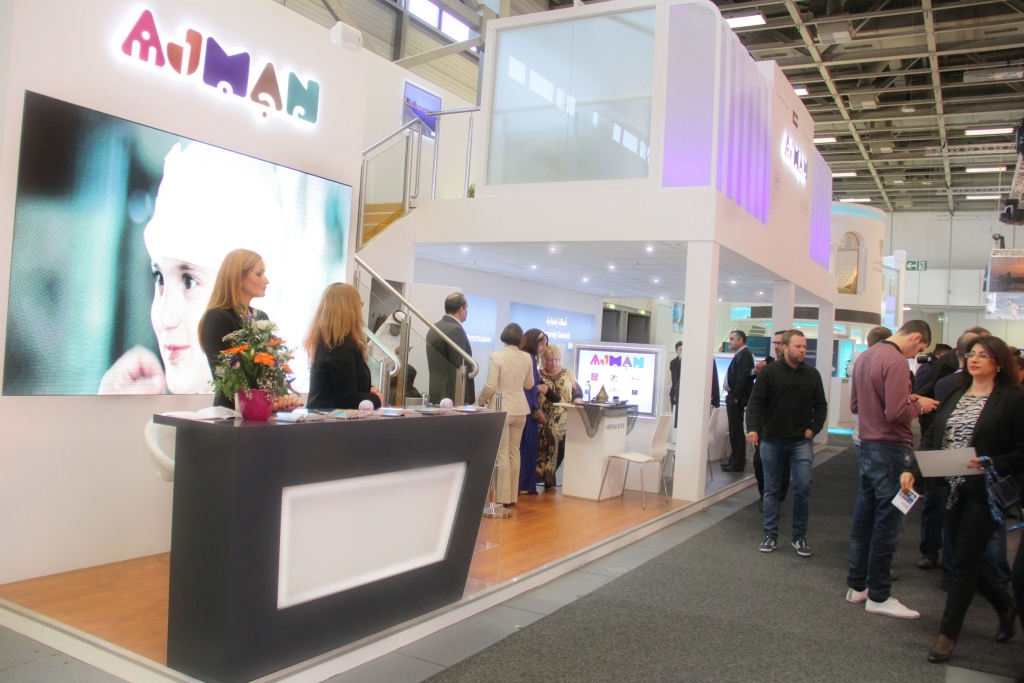 Figures also revealed that guests from the UAE remained the strongest contributor with 132,455 guests in 2015 followed by GCC nationals, Asians and Africans came in third with 89,113. Other nationalities who visited the emirate came from Europe, America, Russia, CIS countries, New Zealand, Australia and other Arab countries.

In 2015, there were five new establishments added in the inventory totaling 36 establishments with 3,354 hotel rooms and units and 5,074 beds. The results were released at the ITB event in Berlin and were also presented by the Ajman delegation to HE Juma Mubarak Al Junaibi, UAE Ambassador to Germany, who visited the Ajman government pavilion.

HE Faisal Al Nuaimi, general manager of ATDD, said: “The report is extremely encouraging knowing that the tourism industry in the UAE has been affected by the drop in the influx of holidaymakers from key markets coupled with low oil prices, currency fluctuations and regional unrest. We anticipate continued growth this year after the launch of Ajman’s new destination brand which will help position the emirate as a leisure and investment destination.”