Abu Dhabi witnessed a double-digit increase in the number of hotel guests during August compared to the same period in 2016.

Figures released by the Department of Culture and Tourism reveal that 426,912 people were hotel guests at the emirate’s 166 hotels and hotel apartments in August, a rise of 13% over the same month last year.

HE Saif Saeed Ghobash, director general, Department of Culture and Tourism, said:”We are encouraged by August’s figures and the increased growth, during a month which is traditionally a quieter time of the year for hotel guests. “Our annual Abu Dhabi Summer Season, which ran from 20 July until 20 August, once again proved highly popular with domestic visitors and we saw key international markets all show notable growth during the month due to concentrated promotional and marketing campaigns locally, regionally and internationally.”

He added that he expects to see further progress, not least due to the highly-anticipated opening of Louvre Abu Dhabi on 11 November -which has already attracted interest from across the world.

The lifting of visa restrictions at the start of the year on Chinese travellers to the country has resulted in significant growth from the country, with the Chinese now becoming Abu Dhabi’s largest overseas source market, ahead of India and the UK. 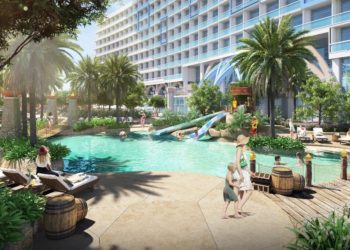