The grand outlet opening was graced by presence of K Brosas, a singer, comedian and actress from the Philippines along with the franchise owner, Manish Jeswani and the founder of 800 Degrees, Chef Anthony Caron. 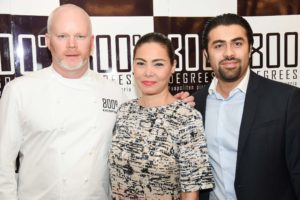 With its launch at City Centre Me’aisem, 800 Degrees introduced its novel concept that relies on creating completely customizable traditional Neapolitan Pizzas that are almond wood oven baked right in front of the consumer. From then, 800 Degrees has launched in Mall of the Emirates in October, which has now led to a new opening at City Centre Deira. 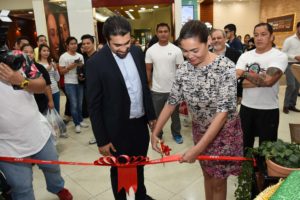 K Brosas, singer, actress and comedian from the Philippines was the chief guest, who inaugurated the new branch.
Manish Jeswani, managing director of Eaters LLC and franchise owner of the 800 Degrees Neapolitan Pizzeria, said: “We’ve always strived to be different, and with each launch we have outdone ourselves at every step of introducing 800 Degrees to the public, and this launch was no different. We invited K Brosas to this event because we believe she is as relatable as you can possibly get. Our staff looks up to her, and we thought, who better to conclude a hat-trick opening with than her? Just like our concept and execution, we believe K Brosas is ingeniously creative artist with traditional roots. We hope to do further additions that cater to the tastes of locals as well as expats in the future, and would want nothing more than for all our guests to fall in love with 800 Degrees at DCC, just like they have in City Centre Me’aisem and Mall of the Emirates.”
. 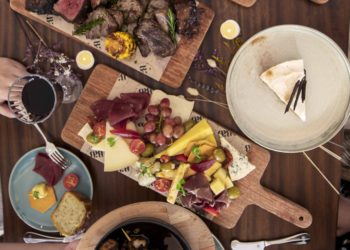