A Taste of the Orient

Inkaya is a robata grill restaurant offering epicureans traditional Japanese Robata-yaki cuisine, fresh ingredients and live theatre courtesy of the grill masters. These traditionally skilled masters are trained in ancient techniques as they engulf their creations in flames, before serving diners remotely with long wooden paddles. The restaurant first opened in Roppongi, Tokyo in 1970 and has since expanded into Manhattan, New York City, Hong Kong and Abu Dhabi. 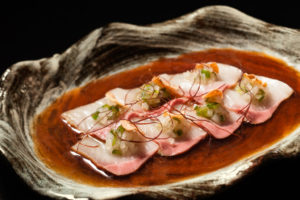 Situated in the Venetian Village as part of the Ritz-Carlton Abu Dhabi, Grand Canal development, this free standing, independent restaurant opened its doors to food aficionados in November last year. Catering News ME sat down with the F&B manager of Abu Dhabi National Hotels, Julide Ozbilge Nuss, and the kitchen supplier, TaherChataiwala, projects manager at Chefs First Equipment Trading, to discuss the restaurants concept and décor.

Inakaya is a larger than life restaurant which uses robata grilling techniques – a grilling art that is as much a performance as it is a way of cooking. Guests can choose to sit at thecounter grill and be entertained by the grill masters, with food from the grill passed to them on long wooden paddles, or they can sit at a table in the restaurant, the glass outdoor patio area or the outdoor seating. Using very high quality products and deliver excellent service, Julide describes the restaurant as high end casual and “very approachable for every-one”.

Inakaya’s USP is most definitely the interactive experience, but there is also a sanbonjime ceremony once every evening, which is a clapping ceremony to wish the guests good health and good luck. In addition there is a mocha pounding ceremony, which is a sweet rice cake preparation, started by the chef, but finished by the guests!

Julide said: “Guests love the concept and find it unique. Even though the UAE is not new to Japanese restaurants, most concepts are modern Japanese and not traditional like ours. We stay true to the traditional cooking techniques and the robatayaki grill is not widely known in this region yet.

“Guests love the interaction and most chose to sit at the counter and participate in the theatrical dining. Also the Japanese community has shown appreciation towards Inakaya and we have a loyal following who appreciate the design and guests who know Inakaya from Japan recognise the brand as soon as they walk in.”

Since Inakaya is an existing brand, with restaurants in Japan, Hong Kong and New York, the concept came alive through close cooperation between the brand ambassadors, the WDI company, and the designer, Stickman Tribe in Dubai. With offices in Honk Kong the designer, which has won several awards for restaurant design, was familiar with the Inakayaconcept.

Julide added: “It was important to have a design that truly felt traditional Japanese, and of course the important DNA pieces had to be transferred, such as a large Robata Grill Counter with a display counter, wooden paddles, and hand-written paper menus on the back walls.

“Stickman came highly recommended to us and was pre-qualified by our company, ADNH. We had a great relationship, as there was a clear understanding from all parties involved, and Stickman was well aware of the restaurant and the brand and understood the need from us from an operational perspective. They were excellent in translating all of this into the creative interior design,” said Julide.

She added: “Creating a restaurant like this requires all professionals and experienced people coming together. We had Stickman as a designer, Chef First as the kitchen contractor and Walktru as the contractor.”

To create the perfect Japanese experience the team had to import several key items, including the special Japanese Taiko Grills from New York, and some operational equipment like the rice cookers. “We needed to purchase a very specific Japanese Rice cooker, in order to ensure we had the best sushi and maki. We were able to source this rice cooker, but then needed to find the transformer to make it work here in Abu Dhabi. It sounds simple, but it was more complicated that I had imagined,” said Julide.

TaherChataiwala, projects manager at Chefs First Equipment Trading, added: “It all seemed to be pretty simple at the offset, like it always does, especially when we considered the small size of the outlet, yet it kept getting tougher as we moved along. But every obstacle encountered only made the team more passionate about getting over the line and delivering a restaurant, beyond imagination.From conceptualisation to delivery, the entire process took almost two years to complete.

“Also, the back of house of the restaurant is extremely small and simple because most of the preparation is being done at a remote central kitchen located within the Venetian Village. Space planning within the back of house as always was of prime importance. It was important to strike the right balance between being equipped enough within the BOH to support the FOH cooking, to provide for certain items to be finished and served out from the BOH kitchen, including sushi, to maintain a clear route for dirties and cleans to be in line with the HACCP regulations, and to not make it too claustrophobic for the chefs.”

Chef Kim from Inakaya Abu Dhabi and various other team members of Inakaya New York were heavily involved in getting the flow and design right, to help them perform and deliver to the standards set by Inakaya across the world.

Most of the refrigeration was custom built to suit size limitations, including the wall mounted fridges and sushi display case within the BOH kitchen, and the specially designed cooled worktop for the preparation of sushi, which Taher said was “a revelation”.

To add to the existing space challenges, was the request of the client to integrate a MeikoWastestar garbage disposal infeed station to the dish-wash dump table. With the assistance of Meiko and an outstanding custom fabrication job by RHINE Kitchen Equipment, once completed, the dump station ended up being a benchmark for all MeikoWastestar installations to follow.

Taher added: “The FOH designer, Stickman, were of great help throughout the process. The job was FOH driven and it was very important that every aspect of the kitchen was thoroughly addressed, not only operationally but also aesthetically. We had to make sure as a team that the end product works for the chef, but also looks extremely pretty, fits within the overall concept and most importantly is within the guidelines as stipulated by ADFCA and HACCP for FOH kitchen spaces.”

The most important feature within the FOH space was the ventilation system because of all the grilling, which is the signature feature of the restaurant. Due to the nature of the cooking, the ventilation system had to have a Cold Water Mist System, which has continuous water being sprayed within the extract plenum to capture the smoke and grease being extracted and drain this through a pipe, which was installed in a way that the guest would never know it existed.

“In usual scenarios, the water wash hoods are quite high and hence using a standard solution would take away the charm of the FOH experience, especially with the guest sitting up so close to the counter. Together with Halton we designed a combination of an extract hood and a ventilated ceiling, which not only catered to the purpose of having a cold water mist feature, but also provided a very high ceiling void above the chef.

“To make sure that the smoke from the grills does not escape into the restaurant, Halton designed dedicated air curtains that were installed within the FOH counter, behind each grill, backed by capture jet perforations, within the extract plenum, to guarantee the most efficient extraction solution.

“The extract plenum was brilliantly clad on the front, as was co-ordinated with Stickman, while the stainless steel ceiling tiles and the drop down supply air plenum at the back looked in place together with the black bevel tiles on the back elevation.”

The design of the counter was also critical to the success of the restaurant, and there were several design workshops and site mock-ups done to ensure it was done right. “We ended up with a counter incorporating everything the chef needed, including his cutting boards, hand wash basins, preparation sinks, paddle storage, skewer fixations, etc.,” said Taher.

He added: “The counter also features refrigerated display wells towards the customer to enable him to sit at the counter and point out at his selections from giant ice displays piled high with whole fish, lobster, crab, veggies and more. Then, sit back and watch the chef slice, dice, flip and screech out orders from behind the open grill. It’s a hectic experience, but always engaging.” 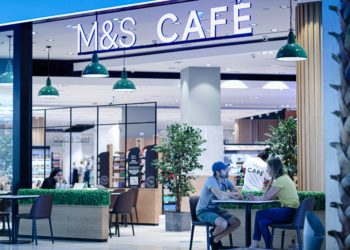 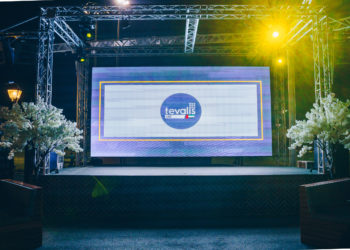 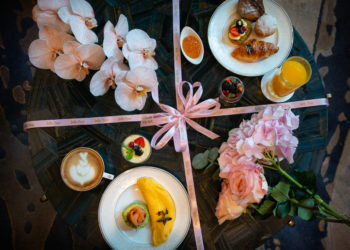 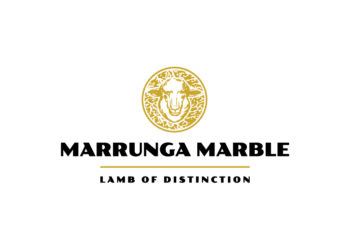