Feature: A Taste of New India

Named after the Hindi word for mischief, La Mer’s Masti promises a social dining experience to nourish and entertain. Award winning restaurateur, chef and author, Hari Nayak, explains why the new venue is on a mission to change Indian food, one bite at a time. Words by Melanie Mingas 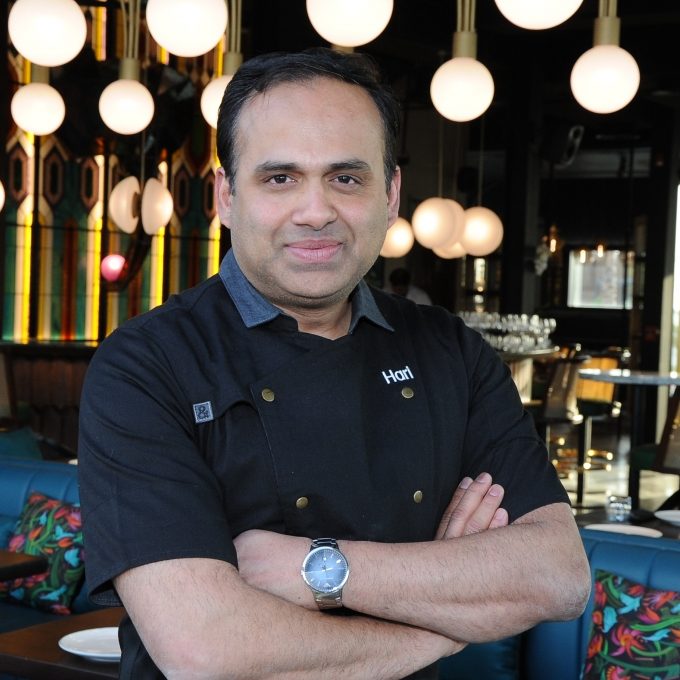 The hidden histories of its most defining dishes makes Indian the original fusion cuisine – the samosa hails from central Asia, the kebab from Turkey, and tikka masala was invented in Scotland.  Influenced by yeas of colonialism and cultural exports, today, Indian food across, and beyond, the country is as diverse as the languages and geography within in.

In principle, Indian food incorporates six tastes – sweet, sour, salty, spicy, bitter and sharp – but the features don’t end there. From the ayurvedic properties of the chosen spices and herbs, to the prevalence of vegetarian alternatives, the healing properties of Indian food are well documented.

They are also well catered to, with Indian food represented around the world. In Dubai, a number of high profile names have arrived over recent months and, according to legend, London has more Indian restaurants than Mumbai. The problem is they all serve the same food.

Two years ago, chef, author, restaurateur and consultant Hari Nayak embarked on the creation of a concept that would redefine the country’s national cuisine on the global stage, while providing a facelift for the image of India and its national dishes in the process.

The result is Masti, where despite serving one of the world’s favourite national cuisines, every item on the menu is original to the restaurant.

Set within La Mer, the seventh destination developed by Dubai Holding’s Meraas, Masti is the first of a new generation of beachside licensed restaurants in central Dubai, and will be joined by a variety of original, local concepts, as well as international names, as the area develops.

Named after the Hindi word for fun and mischief, Masti plays with the flavours and concepts that define Indian food, while using simplistic (and often very non-Indian) cooking techniques, including a charcoal oven. According to Nayak, the kitchen features bespoke equipment designed to support cooking methods that have “never been done before”.

Borrowing from the vibrant aesthetic of what Nayak terms “new India”, décor is colourful, playful and tuned to maximise a backdrop of uninterrupted Gulf views. The lounge style bar features low seating and a menu of cocktails and bar bites, while the a la carte restaurant extends onto a beachfront terrace.

Nayak explains: “The whole idea was that we wanted to do something fun. Typically, Indian restaurants tend to be the same cuisine, so we wanted to do something completely different, not just with the food, but in the whole ambience. In the whole menu approach, we have taken the flavours from India and given them new life, in the cooking styles and methods. We have used a lot of new ingredients to enhance and do something different with the cuisine itself.”

One such innovation is the overriding emphasis on sharing, which echoes in everything from the seating arrangements to serving sizes, in a nod to Arabic and Levantine food culture. As a result, the entire menu is based on small plates and sharing dishes. 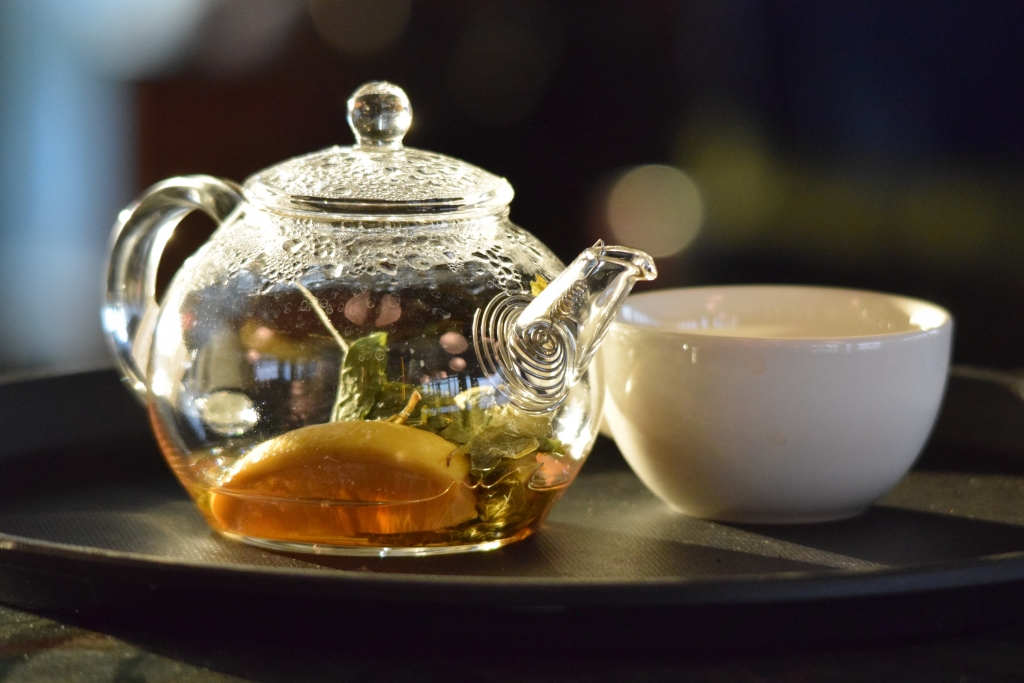 Nayak elaborates: “We are very unique and that puts us in a whole new segment. People love to try different things and we hope to bring people in and give them something unique, and also give a fun ambience so they will come back to try more things.”

A game of two halves

Drawing on a lifetime split between Manipal and New York, Nayak’s inspiration draws on his experience as a classically trained Indian chef and the innovations learned in his adopted home of New York, bringing more than a dash of his own personality to the food he creates.

Growing up in India, Nayak embarked on his path to culinary esteem at the Welcomgroup Graduate School of Hotel Administration in Manipal, Karnataka, India, in 1994. From there he joined ITC Hotels as a kitchen executive trainee before moving to New York where he studied at the International Culinary Institute of America, graduating in 1998 as an Honour student. Travel has also played a part, with Nayak quick to recall the new ingredients and techniques he learned in such countries as Mexico and Peru.

He recalls: “My training is very Western, as is my approach when I cook Indian food. The way I look at ingredients is different although the core flavours remain true to Indian. So, that’s what we kept in mind when designing the menu.”

Nayak has trained under the likes of Daniel Boulud, Marcus Samuelson and Albert Adria, also working as an apprentice of Alain Ducasse. Yet, Masti isn’t the first project in his international portfolio.

Nayak authored the best-selling cookbooks Modern Indian Cooking and My Indian Kitchen: Preparing Delicious Indian Meals without Fear or Fuss, utilising the same auteur’s touch of combining simplistic techniques and traditional flavours. Two further books are in the pipeline. As a trained pastry chef, one of his best known ventures was the creation of America ‘s first ice cream patisserie, Halo Fete, in Princeton, New Jersey.

He explains: “The inspiration for me is my journey – I grew up in India and lived there half my life and the other half in New York. There is a mix of cuisines and the menu has developed with an influence of different cultures, cuisines and ingredients. We’re bringing that into Indian and trying to have a little fun with it.”

Masti’s signature dish of the moment is a slow cooked lamb croquet with Kashmiri spices, creamed English peas and wasabi, described by Nayak as “a new way of presenting lamb in a bite size portion”. He says: “It takes two days to cook the lamb, but it’s eaten in one bite.” Other innovations include a tuna tartar chaat, combining refreshing, ceviche style raw tuna – a fish rarely served in India – with the authentic, light texture of chaat.

Nayak interjects: “Every single dish you see on the menu is something that has never been done before. We have never followed any rules and that is why the name has to be mischief.

“The whole approach is about disregarding the rules but making sure the end result is tasty and delicious. We stay true to that. We make a fun experience and a lighter approach. When you go to an Indian restaurant it’s heavy and saucy, but we changed the whole outlook in designing this menu,” he continues.

While the food is no doubt the main event, the beverages at Masti will bring a flavour of their own. Featuring a gin room, extensive cocktail menu and lounge-style bar with sweeping Gulf views, Masti’s strong focus on the social side of dining will no doubt help it gain reputation among its target market.

Nayak comments: “The whole menu has been designed so it isn’t just about the food – there is a whole list of foods and beverages that are going to be paired. We are trying to do something different so let’s see how it goes.”

Masti has the potential to carve a special place in Dubai’s F&B scene. With the power to appeal to the UAE’s second and third generation Indian expats just as much as its first (and non-Indian) expats, the venue will no doubt become a landmark on the emirate’s bustling social scene.

The challenge post opening will be to create a guest experience that translates and endures – The UAE is a fast-paced destination for hospitality businesses and its audience as discerning and fickle as ever. However, Nayak has a plan to survive despite this – by making a name for Masti beyond its USP.

The first year is on track to be a rollercoaster of flavours, experiences and new encounters, as Nayak and his team prepare to rewrite everything Dubai thinks it knows about “Indian food”. As for year two, time will tell.

The focus for now falls on the menu and establishing a loyal clientele that will come back for more – a key concept at a restaurant where every dish is unique to the venue. The initial menu took almost a year for the core team to develop, including several tastings and trials, and the final 50-dish line-up is already evolving.

As Nayak concludes: “When you are doing something new of course it is going to evolve – this isn’t my final menu.

“In Dubai there is so much out there. Restaurants open and they close, but we are here to stay. We want to do something exciting and it’s not going to get boring – it’s not just about creation. We have studied how to cook, we have new methods of cooking, so it’s going to be exciting and hopefully people will want to come and taste the food. That’s what we are trying to do.”