Several hotels in the TECOM area of Dubai took part in a Waiters Race last weekend. Organised by TIME Hotels, the race challenged the participant’s speed, agility and balance, as they raced as fast as possible through a set 1.5KM course around TECOM, holding a loaded tray without spilling its contents!

Managed by Festivities Dubai, the race began at 8am on 20 November and was sponsored by Fresh Farm, Pepsi, Pan Outdoor Media, Green Leaf Air conditioning services. Each hotel could nominate one waiter to race, and each was judged on the amount of water lost, their waiter standards (posture, grooming, smile) and timing. 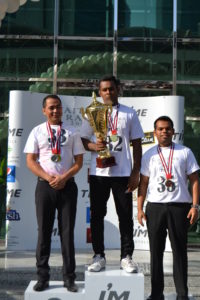 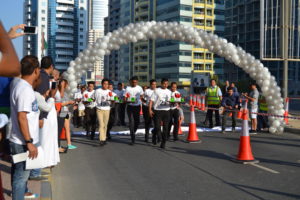 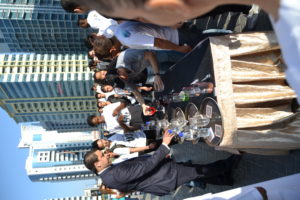