Posted under Catering News ME.
by Dina Maaty | Published 5 years ago

Jumeirah Group, the Dubai-based luxury hotel company and a member of Dubai Holding, has won 11 accolades at the 22nd World Travel Award’s in Dubai.

Alison Broadhead, chief commercial officer, Jumeirah Group, said: “We are extremely proud to have been recognised with 11 awards which highlights the strength of the Jumeirah brand. This is a huge achievement for our hotels in the Middle East and is also testament to our colleagues who continue to deliver exceptional service and experiences for our guests.”

The World Travel Awards, which were established in 1993, are recognised as a world-class hallmark of quality. Each year a series of gala ceremonies are staged to acknowledge, reward and celebrate excellence in the tourism industry.

Zero In On Sustainability 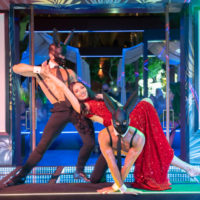