Man’oushe Street has opened its 11th branch in the UAE located in Al Ghurair Centre. The ribbon cutting and opening ceremonies were led by EMSF Chairman Atiq Hassan Mubarak and Jihad El Eit, Founder and CEO of Man’oushe Street.

Also present at the opening ceremony were members of the Dubai Chapter of the Harley Owners group (H.O.G.), ETICA CSR and senior officials from Man’oushe Street. In addition, children suffering from diabetes were also invited to the event—throwing the spotlight on Man’oushe Street’s meals, which are made from brown bread and multi cereals and highly recommended for those suffering from the chronic disease. 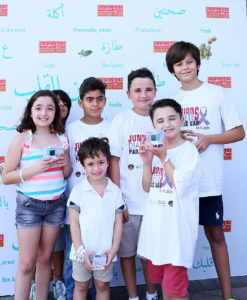 The company has cited the UAE’s rapid development as a key driver that has prompted the opening of this branch. Man’oushe Street has also revealed its plans for opening two new branches in Arabian Ranches and Abu Dhabi by the end of this year, thus reaching a total of 13 branches in UAE. The planned openings are in line with the company’s strategy to open at least 15 new branches in the Middle East region and the UAE in particular, over the next three years.

The new outlet in Al Ghurair Centre spans at 113 square meters and an accompanying outdoor area measuring to 30 square meters.

Jihad El Eit said: “The country’s continuing growth and development has given us the confidence of expanding our presence and reach. With the upcoming stores, there will be 13 Man’oushe Street outlets in the UAE and 19 outlets spread across the region.”

“We commend the opening of this new Man’oushe Street branch and the launch of its new healthy meals—which reflect their strong support and commitment towards helping people suffering from diabetes. Offering alternative yet nutritional meals is strongly welcomed by the EMSF as it gives those suffering from chronic diseases like diabetes the chance to continue living a normal life,” said Atiqa Hassan Mubarak, Secretary General, EMSF. 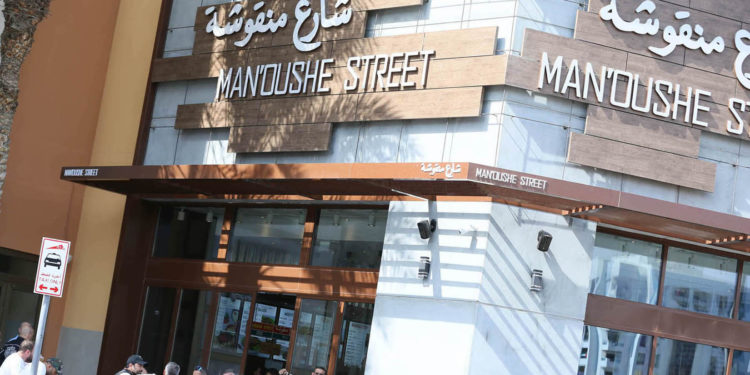 As part of its expansion, Man’oushe Street has early on revealed its plans to open new branches in key locations across the UAE, complementing its existing strategic locations like Sheikh Zayed Road, Mizher, Al Barsha, DIP, Jumeirah Lakes Towers, DAFZA, JAFZA, Downtown Dubai and Tecom and in Al Ain. Looking to mark a stronger presence outside of the UAE, the company has signed master franchise partnership agreements with leading restaurant management groups like Wadi Degla, Qatar United Business Development and Kuwait United Dynamics.