Retail & Beyond announces expansion plans for 2016

Retail & Beyond Commercial Investment, the holding company for the award-winning Dubai-based Pantry Café brand, is on track to expand its F&B operations across the emirates with two new openings planned in Dubai and Abu Dhabi in the next 9 months.

Retail & Beyond stamped its authority on the UAE’s intensely competitive F&B market just three years ago with the launch of family-friendly, neighbourhood gourmet café concept, Pantry Café.
Undeterred by the competition, the Retail & Beyond team have plans for rapid expansion in the region, involving the introduction of new concepts as well as further development of existing brands.
After in-depth research into global hospitality forecasts for 2016, the team plans on adapting and regionalising selected trends and implementing them in the UAE for the local market.
With two Dubai-based venues, one in Jumeirah’s Al Wasl Square and another in Business Bay, the team plans to build upon their successful gourmet F&B concept with more home-grown dining initiatives in the pipeline, according to Yana Kalwani, Retail & Beyond’s vice-chairperson.
A new Pan-Latin restaurant, BU! will be opening up in early 2016 in Abu Dhabi, the team’s first foray into the Abu Dhabi market. They are also busy developing a new Nikkei concept for the region, Aji which will be opening in Palm Jumeirah. 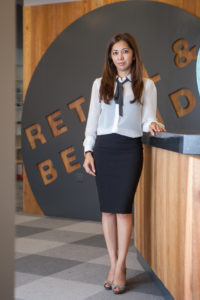 “With over 1200 outlets set to open in the UAE by 2018 we’ve done extensive research into the UAE market. With Pantry Café we’ve created a model that works and are looking forward to developing brand new, successful F&B offerings across the UAE. We’ve hired some great staff to lead our new projects and we’re confident that our new endeavours will stand out for their quality. We’re excited to be working on the two upcoming projects,” commented Kalwani.