S.Pellegrino Young Chef 2016, the global scouting project to find “the best young chef in the world”, was launched last month, following the notable worldwide success of its first edition with more than 3,000 applications submitted. 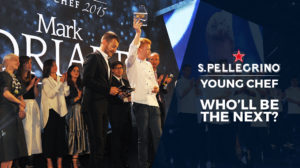 By the end of August 2016, the 20 Best Regional Young Chefs from each world region will be announced as the official finalists. Each finalist will be assigned a “Mentor Chef”, one of the members of the regional jury, who will help them prepare for the global finals.

In Middle East and Africa region the mentor chef is Chantel Dartnall, who was voted S.Pellegrino Chef of the Year at the Eat Out Award 2014 in Cape Town.

On 13 October, 2016, all the finalists will gather in Milan for the final phase, which will consist of a two-day intense cooking competition in front of the international panel of judges.

Applications open on 1 Jan 2016 on www.finedininglovers.com. Follow the competition via hashtag #SPYoungChef to never miss an update on the event.