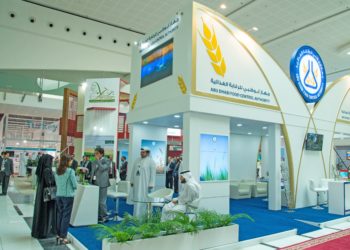 The three-day industry showcase will open with the inaugural, invite only SIAL World Summit and be attended by an expected 700 delegates and 40 high profile speakers. Last year, 434 pre-qualified, fully hosted F&B buyers from 34 countries attended SIAL Middle East, and 81% of the hosted buyers had at least seven meetings, with 3,621 meetings pre-booked before the event even started.

Ali Yousef Al Saad, chairman of the organising committee for SIAL 2015 and acting director of Communications and Community service Division at ADFCA, said: “The UN expects the world’s population to hit nine billion people by 2050, which, combined with the increased calorific intake of a growing, more affluent population, is predicted to dramatically hike food demand in the decades to come.

“As well as the ongoing problem of food security and scarcity, this year’s new look SIAL Middle East will also focus on innovation and global food trends in meeting increased demand and catering to a diverse world where cultural influences, economic forces and nutritional education and awareness will continue to impact food production and availability.

“ADFCA, with the full support of the leaders of the nation, is committed to further developing a sustainable food sector in the emirate with particular focus on supporting and participating in a range of international events with the aim of further enhancing innovation within the region,” added Al Saad.

Senior decision makers from major food companies, representatives from F&B outlets and hotels, food retailers, Government officials, distributers, importers and exporters are all expected to participate in the series of half day summits, including Hotel & Restaurant (8th December), Mass & Airline Catering (8th December) and the Food Retail & Import/Export Summit (9th December) in one of the many new additions to SIAL Middle East 2015.

Through the innovation focus of the new look event, a range of trends will be up for discussion and will include the global rise in meat consumption driven by rising populations, incomes and more urbanisation; concerns regarding the consumption of convenience foods, especially in countries such as the GCC states where busy lifestyles and increased demand for processed foodstuffs are impacting health; and, on the flip side, growing consumer demand for organic and/or locally produced foods that support the ‘clean eating’ movement and that have long term benefits for the next generation of consumer.

New additions to the exhibition will also include the SIAL Innovation World Champions. Creativity and originality in the global food arena will be put to the test as the popular show feature welcomes winners from SIAL events from around the world, the first time this has happened, to share their own unique perspective and experiences with fellow culinary professionals.

A new concept debuting at this year’s La Cuisine by SIAL, the international competition which hosts some 850 chefs and senior judges, is the opportunity for senior participating chefs to meet pre-identified exhibitors and press at a special session on day two of the show. There will also be a further opportunity for chefs to take part in the ‘Innovation in the Air’ category, where the winners have their dishes catered onboard airline fleets from across the world.

For coffee connoisseurs, the addition of the Regional Barista Championship to the exhibition, organised in association with the International Coffee & Tea Festival, will see 21 regional barista competitors compete for the title of best regional barista. A specially created Brew Bar will showcase the latest innovations from the coffee world and an opportunity to taste some of the coffees on show.