Out Of This World: American Cuisine

American cuisine, until recently, has been perceived as synonymous with fast food or casual dining, however, keeping up with trends means American diners will now have to make a shift from old-school offerings for a more mature audience. In this section, we speak to two of the most popular American restaurants in the country about where they think the American cuisine market is heading. 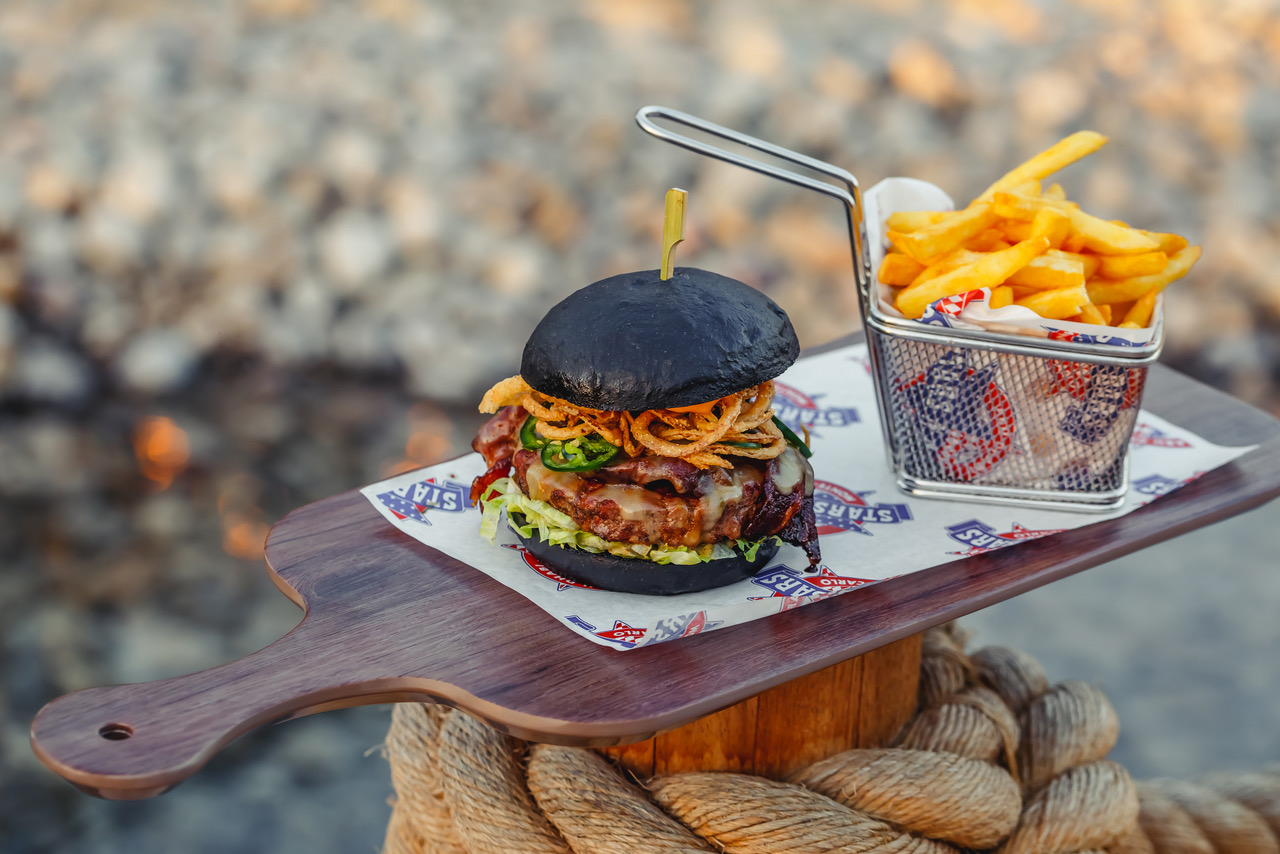 How popular is American cuisine in the Middle East?

Euripides Pelekanos, CEO and founder, Bare Burger: In the last decade, there has been a huge influx of American restaurants in the Middle East. Between the regions modern infrastructure, bustling economy and increase in both expat communities and tourism, makes it the perfect environment for American restaurants to open and the response has been unprecedented. American cuisine is extremely popular throughout the region and I think it is going to stay that way for quite some time.

Randolph Hernandez, group general manager, Stars N Bars: American cuisine is on the rise in the MENA region and this this is evident by the increase in outlets serving American cuisine such as Five Guys, Black Tap and Bare Burger.

How would you describe authentic American cuisine?

Hernandez: American cuisine is about comfort and being casual. It’s food that can be eaten with your hands or a knife and fork. You have burgers, pizza’s, fries and snaks like onion rings. It’s food you can enjoy while having a conversation with friends or watching the game. American cuisine is also international due to the melting pot approach to culture.

What is your hero dish and why?

Pelekanos: I always crave the simplest, yet most delicious food.  A perfectly cooked medium-rare Bareburger, with American cheese, sweet pickles and our special sauce, on a toasted brioche bun would be the hero dish.  The combination is killer in every bite and when this burger is executed perfectly, nothing beats it.  Yet, recently I find myself mixing it up a bit and having the organic beef swapped for the Impossible patty or the Beyond Patty.

Hernandez: Our hero dish would have to be the Holy Smokes burger. It a combination of some of our most popular cooked meats such as our homemade smoked beef bacon, pulled beef and charcoal-oven grilled Angus beef patty.  It’s topped with an onion ring, imported BBQ sauce and our in-house baked charcoal bun. It’s all the elements of an American barbecue in a bun.

Have you adapted American cuisine to suit local tastes?

Pelekanos: We haven’t adapted American cuisine at its core. The menu is very much the same as what you would find at a Bareburger in the U.S. However, we have added some local flare by adding items like our camel burger and offering non-alcoholic mock-tales.

Hernandez: Yes, we absolutely have. A good example of this would be the beef blend for our burger patties. In this part of the world, the most requested temperature for cooked meats is well done. In order to counter act the dryness in the meat normally associated with this wellness, we introduce additional fatty trimmings into the blend which melt while cooking and keep the burgers moist yet fully done.

What are the key trends emerging in American cuisine?

Pelekanos: American cuisine is becoming very health and environmentally conscious. It’s including way more plant-based and local options and lesser animal protein and processed foods. In both Middle Eastern & American cuisines you are seeing international influences take over the plate. In the Middle East it’s the introduction of foods from the US, Eastern Asia and Europe and in the US it’s new spins on foods from the Middle East, Latin America, and beyond.

Hernandez: There has been an emphasis on desserts, more specifically the re-invention of milk shakes which have made their way from being a two ingredient diner treat to colourful pieces of culinary art served in gastropubs across the world.

Where do you source produce for your menu?

Pelekanos: We source all of our produce from as close to each of our locations as possible. So in the UAE you’re seeing all of the produce come from the local area.

Hernandez: Much of our produce is sourced as locally as possible in order to reduce the environmental impact of the logistics related to our ingredients. However, we do source our beef from the US along with many of the bases for our sauces as they are best able to capture the authentic flavour we strive for. 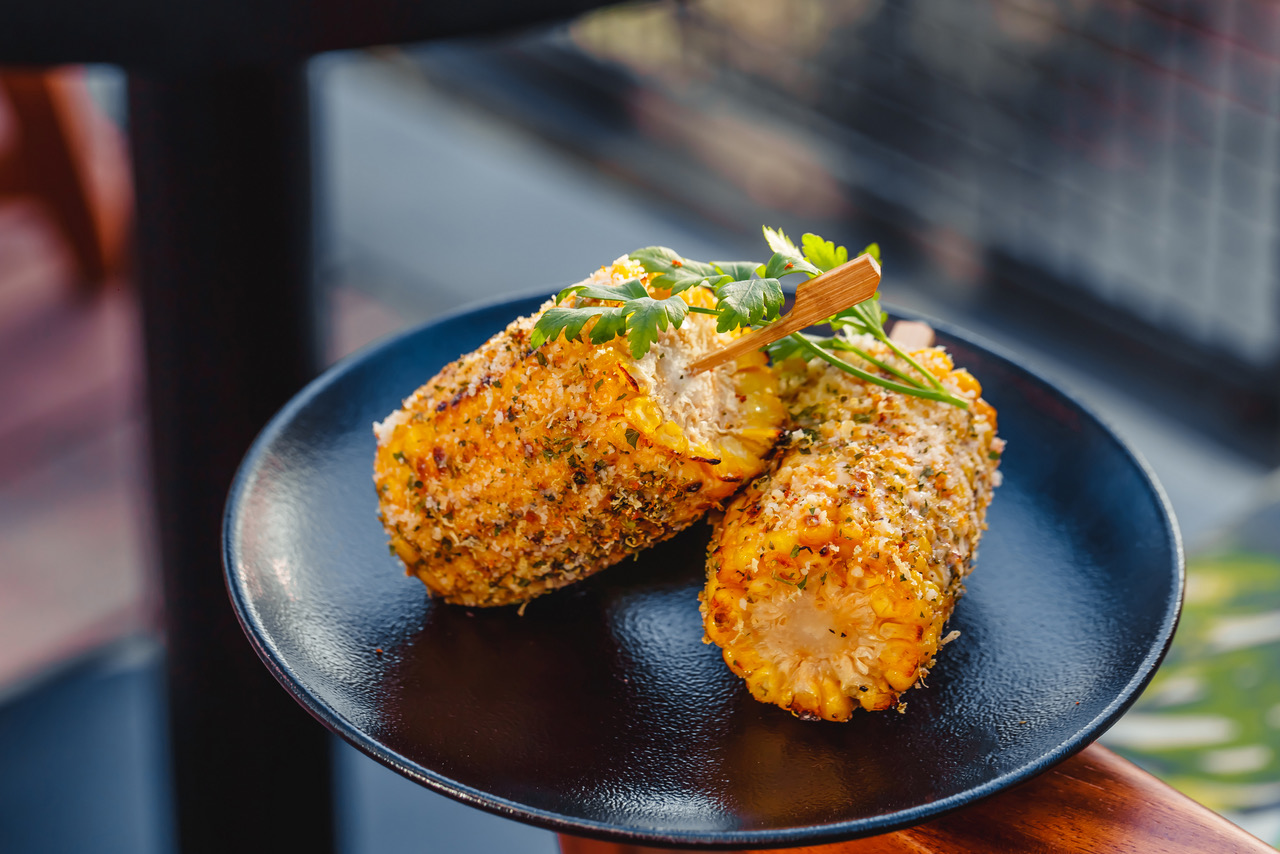 What products do you find challenging to source?

Pelekanos: When you’re trying to source organic and sustainable products, there isn’t anything that is easy to source on the scale that we need.

Hernandez: Some of the most challenging products to source are the sauces. Because they are not in high demand by many other outlets, we sometimes have issues in the supply chain due to in-country shortages. We do our best to have backup sources and hold some extra stock of these items in order to prevent shortages within our kitchens.

How do you see your menu evolving over the next 12 months?

Pelekanos: In the next 12 months you’re going to see the Bareburger UAE menu include more vegan & vegetarian options.

Hernandez: We have recently elevated our menu at Stars N Bars through the addition of new items which are currently trending in the US such as chicken creole and croissant French toast. Thanks to our new head chef, Andrew Paderes, we’re able to make these type of adaptations quick and also focus on the presentation. We see our menu moving further away from typical bar food to more a Gastro Pub affair.

What is the future for American cuisine in the region?

Pelekanos: I believe that American cuisine has a very bright future in the Middle East, for fine-dining and fast-casual concepts alike.

Hernandez: We see American food becoming a bit more refined while retaining its core casual feeling. This is going to further lead American cuisine into the realm of date night food where substance will overtake style and the need to be fancy in order to impress.