by Mahak Mannan
in Alcohol, F&B, Interviews & Features
A A

Enrich, belong, engage, innovate. These are the four pillars that Gates Hospitality firmly believes in and practices as its brand ethos, the pillars that have led the group to continuously run its business successfully and make it commercially viable, which is not the reality for many of its counterparts in the hospitality industry, especially in today’s volatile market. Mahak Mannan caught up with Naim Maadad, chief executive and founder, Gates Hospitality, to get an insight on the F&B industry, its perks, the low-down, and what the future holds. 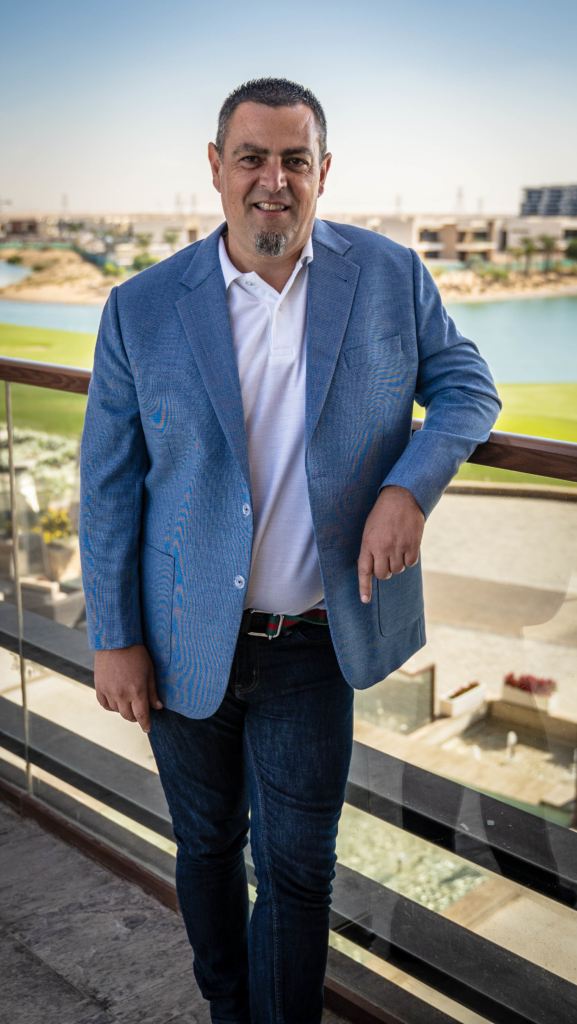 Gates Hospitality has been busy over the past few months, taking over a new project, Stoke House Dining, Bar & Terrace at Damac Hills and putting together a brand new concept, Verve Bar and Brasserie, due to open early April at Grand Plaza Mövenpick Media City. While expansion is in the works, the main target for Gates Hospitality is to sustain the current business, as the F&B industry is currently going through a storm, a geographical, geopolitical, demographic and IT driven storm, according to Maadad, however according to him it is the ‘perfect storm’, and we find out why.

“While working on my strategy last year, I decided that the plan for 2019-2020 would be consolidation, not expansion. However, in this market the number of closures opens up a lot of potential opportunities for us to move in with minimal commercial investment impact,” Maadad explains.

“The places are usually fully fitted, the kitchen is in place with full MEP installed and it is just a matter of making the right tweaks, defining a concept, putting a strategy, and appointing the right people. We see a lot of such opportunities in the market and Stoke House was one of them. We have several other negotiations underway but for me, it is not about telling people how many venues we have, but  making sure what we have performs and sits amongst the top three brands within its competitive set.”

“If you stop people on the street and ask them if they know Reform, nine out of ten will say yes, but if you ask them if they know Gates, eight of the ten would say no and that is exactly what we wanted. Moving forward we will ensure the brands under our Gates umbrella are  embedded and reflected well. If you deliver consistency, innovation, authenticity, and engage the right team, the money will come,” Maadad adds.

“We understand the local market and positioning of this city having been here since 1998. We understand the zoning and patterns. We have had developers knocking on our door to do something in certain parts of the city however, we are extremely selective, and our brands do not fit with certain audience and demographics. This means we will only sign up in areas and locations where we feel we can deliver. In order to succeed, it is paramount to know and respect what we are and what we deliver. It is brand integrity after all.”

As such when opportunities for Stoke House and Verve Bar and Brasserie came about, Maadad saw potential in the projects to conceptualise under the Gates banner and signed the dotted lines.

“Over the past year, I have been carefully analysing the market to see how we can survive this storm without causing too many casualties. With the reputation we have built over the years, developers and principals want to work with us as they know we will add value to their projects. Today, we get approached saying there is a site, fully fitted and ready, what can you propose for it,” the chief executive and founder says.

“Lately we have been working with Grand Plaza Mövenpick Media City, when I walked into the hotel, I saw superior quality throughout and immediately knew that we belong there. The ground floor site dining room, which is very much like a brasserie is where we pitched a couple of concepts to the team and made sure we worked on a concept that is viable and fits the venue. We planned a Gates project where the menu is developed and curated by award-winning chefs, Nick & Scott, and the result was Verve Bar & Brasserie.”

The European style Brasserie has two private dining rooms while the main dining room has the capacity of 80 guests. With a focus on European cuisine, Verve Bar and Brasserie has an open kitchen and will be headed by a chef of Michelin star background. A strong beverage program with extensive wine listings and live music is expected to bring the brasserie to life.

Less is more, is the ethos Gates Hospitality has followed while conceptualising Verve Bar and Brasserie, according to the chief executive and founder. “I have been travelling extensively around Asia, Australia, and Europe and saw that the trend right now is really around the less is more concept.

“Keeping quality is the main factor. Everything you touch from the table to the linen is of top quality at Verve Bar and Brasserie. The rest is sheer elegance and style, not over the top. The idea is to build an image in people’s mind that this is not an occasional restaurant. It is an affordable lifestyle venue that offers value for money making it a place to dine as often as they choose.

“We wanted to make this small and cosy because it fits our brand ethos. We do not want to do the 2000-3000 covers that other venues are doing. We want to build experiences, know who our guests are and keep that engagement.”

Stoke House on the other hand, had been operating in Damac Hills for the past year, but was taken over by Gates Hospitality in November last year and is operated by Jonathan Vercoutere and Julien Pilard, the duo behind Bistro Des Arts and Publique.

“We reshuffled the whole place and defined the area into a dining room and a front bar. It is a typical clubhouse with a pool table and TV screens, a real clubhouse look and feel,” explains Maadad.

“Stoke House will sit along with Reform, in a sense that Reform is a solid business that has been catering to the community environment. Stoke House is going to be very similar only with a lot more golfers and golf-based activities. Together with the Damac team, we are adding a kids play area to have activities for the young ones and engage with the entire family.”

Although the venue seems a little off the main city, it is a mere six-minute drive from Motor City, making the venue’s prime target audience the bigger communities around that area.

“There are a lot of communities there with limited options catering to them. Once the communities fill up, we will benefit from them. There are a few hotels and competition coming in the area, but we don’t mind competition, we believe secluded areas are the strongest, like Reform,” he adds.

Last year Maadad’s pet peeve was landlords and this year it is discounts. Although the consumer mindset in the country has been developed in a way that they will go where they get the best deal, this trend is killing the market, he says.

“No one is winning with the discount trend, not the landlords, suppliers or owners. The audience is, but for a short period of time while taking a quality risk. In other parts of the world people line up outside restaurants for nothing else but that plate or dish that a place is known for. We don’t have that culture here, people look at prices and are driven by discounts and promotional offers rather than quality or love for food. This is pulling the market down because once you drop prices, you will be criticised heavily if you bring them back up in the future. People are used to the slashed price levels,” Maadad says.

“I have spent the last few years renegotiating rental contracts. The demographics have changed, and the geopolitical issue is causing the perfect storm. I have gone back to our landlords and said that we are playing a vital role in drawing the people with enhanced footfall, bringing the brand standards and consistent quality, thereby focusing on the fact that my brands are adding value to standing assets, so if you want us to continue sustaining and helping your asset, here is our renegotiated rental offer, which is more on realistic lines, Over the next four years I have managed to save a drastic amount in rent through market correction which is in line with the reality of the times. It was not easy, but it certainly had to be done to be viable. These are just some of the factors that have led to us making a profit in 2018, and not many businesses in the region can say that.”

Some of the biggest challenges that Dubai is facing right now revolve around the infrastructure, lack of volume, cost of living, and imbalance in the supply and demand formula resulting in over saturation, according to Maadad, “The demographics are changing, and the city is not geared up for it yet,” he says.

“We do not have enough buses, and even if you use the metro, you might have to take a taxi to reach your destination. Our infrastructure is not ready for the changes that are coming. Our hotel rooms are not ready, the leisure experiences on offer for the new generation of travellers remains limited. There is a major paradigm shift, we need to change the mindset here to cater to different brackets, market segments, cultures, and the new demographics the region is now attracting.

“In mature cities you have different segments of people living on the same street but not here. The target should not be to make the city a destination for any individual traveller stereotype, a particular market segment or nationality, it should be for everybody.”

Maadad also says a difference in timing for implementing VAT could have made a difference, “If the authorities had introduced VAT in 2010 when we were all enjoying high business volumes, no one would have disliked it. They would have accepted it and forgotten about it by now. The timing of its introduction last year was simply inappropriate. Additionally, the cut in municipality tax was not substantial enough to offset other applicable hefty fee and taxes and whilst it is a step in the right direction, we need to see more substantial initiatives for businesses prosper and be sustainable.

“It is imperative that the country makes an effort to make the cost of living affordable in order to keep the masses, attract the right talent, and ensure that many make UAE their home. If the formula is not commercially viable and does not make logical sense, then people would not stay,” says Maadad.

“We are here to develop the industry, drive the business, and promote sustainable platforms for years to come. We want to ensure businesses do not close shop and the environment is in the best of interest of the industry owners, authorities, country, and its residents. It is paramount that planning a sustainable future for the hospitality industry and the tourism sector is based on long-term and value driven goals for all stakeholders.”