The man behind The World’s Best Restaurant reveals why culture and quality of ideas and ingredients are his secrets to success and essential to the chef of the future.  Crystal Chesters reports. 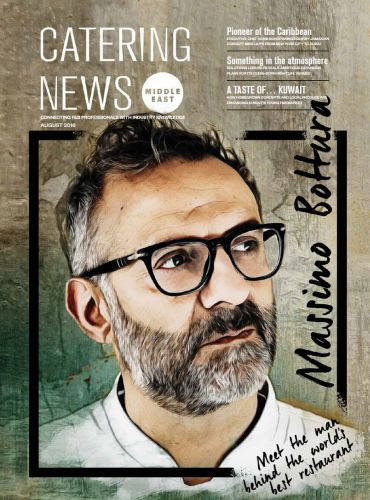 Osteria Francescana, a 21-year-old restaurant with just 12 tables, located in the humble Italian town of Modena was earlier this year named The World’s Best Restaurant.

“We have been working very hard over the last year, pushing boundaries, improving our service, our ideas, our smiles,” says chef patron Massimo Bottura, explaining how the restaurant has finally taken the top spot after six years ascending through the S. Pellegrino and Acqua Panna-sponsored list, having been ranked at number three in 2013 and 2014 and number two in 2015.

Bottura was still reeling from the win  ̶  announced at a glitzy ceremony in New York’s Cipriani Wall Street on 13 June  ̶   when he spoke to Catering News.

“I’m trying to keep my feet on the ground! The recognition is not just about me but about my team, about Modena, about Italy,” he says in vivacious Italian sing-song.

Osteria Francescana wasn’t always considered the pinnacle of culinary prowess and so the win represents a culmination of Bottura’s success in transcending boundaries, which at one point threatened to end his career as a chef. His experimentation with the Italian classics was at first met with contempt from diners and critics alike: the venue was plagued with bad reviews and almost forced to shut down.

Dishes such as “The Five Ages of Parmigiano Reggianno in Different Textures and Temperatures” and “Tortellini Walking into Broth” – a reinterpretation of the Modenese classic with just six pieces of tortellini and the sauce on the side – were considered virtually sacrilegious when they appeared on the menu due to their seeming disregard for the traditional Italian kitchen, the linchpin of the country’s culture and society.

Osteria Francescana being named “The World’s Best Restaurant” therefore not only signals a milestone in Bottura’s career, but a breakthrough for modern Italian cuisine, now touted on the global stage as the best in the world.

Osteria Francescana is Bottura’s “laboratory of culture” where he combines his ideas with his past and present experiences to spawn something innovative. “We create new ideas and compress my passions of music and contemporary art into edible bites; they are filtered by my mind through the memory of such a big and important past, and this is what we do every day at Osteria.”

“For us the emotions start from jumping in the sea in Pantelleria or drinking a lemonade in Sorrento or breathing in the fog in a porch in Modena or the snow in the Dolemites. Everything is compressed into edible bites”

Bottura’s focus on innovation doesn’t mean to say that his cuisine lacks depth or substance, however. In fact, it is very much rooted in the terroir of Italy. He has great respect for the land, its farmers, and quality ingredients, and believes that it is his duty to condense the whole breadth and depth of Italy into his dishes.

“My kitchen is very deeply Italian,” Bottura explains. “We focus on Modena, the capital of the food valley but also on Italy in general. For us the emotions start from jumping into the sea in Pantelleria or drinking a lemonade in Sorrento or breathing in the fog in a porch in Modena or the snow in the Dolemites. Everything is compressed into edible bites.”

Conveying the emotion linked to food is crucial to Bottura’s cuisine and he admits that to this day his favourite dish is raw tortellini because of the nostalgia it conjures, reminding him of sneaking his grandmother’s creations from under the table as he watched her roll the pasta dough. However, it is the quality of ingredients rather than ideas that is vital to communicating emotion.

“Quality of the ingredients is the first step for everything,” he explains. “If you don’t have the right ingredients, how can you transfer emotion? Our communication is with the palate of the people, not with the mind. The ideas are extremely important but we need to always be focused on the quality of ingredients and be on the side of our farmers to protect them and help them evolve.”

Another formative experience—this time under Ferran Adrià, the chef behind the world-famous three-Michelin-starred elBulli restaurant in Catalonia —influenced Bottura to keep pushing the boundaries. “Ferran Adrià helped me to free myself from the idea of being influenced by others, to be free to express myself as I want,” says Bottura. “Freedom: that’s the most important lesson I learned at elBulli.”

Living in New York City was another liberating experience for Bottura who describes that period of his life as “like breathing freedom”. It was also during this time that he met his American wife, Lara, who he describes as “the mind” of Osteria Francescana. “Lara is extremely important. She is the intellectual part of our everyday life,” he says. Every member of the team, in fact, is like family, each playing a unique supporting role in managing Bottura’s “craziness”.

“The team can make you win every single match,” he asserts, describing the Osteria Francescana staff as “young and hungry” with a “sparkle in the eye”. Rather than choosing chefs from the best restaurants in the world, Bottura prefers to give people a chance if they have the right attitude. “It isn’t about the curriculum, we’d rather see passion and a smile. At the end of the day it’s about being part of the team rather than being a group of individual superstars.”

And while his team are inundated with job offers given the prestige of their training ground, Bottura has a special technique for getting them to stick around. “I give them intellectual stimulation so they stay with us. They are my buddies, my friends and they don’t leave because they are connected with me and my mind,” he says, explaining that every day there is something new going on in the kitchen.

Massimo and his wife, Lara

Just minutes prior to our interview, for example, Bottura had been working on his latest invention – a fish dish that uses a “revolutionary technique”. “I’m concentrating on sole and turbot al sale, al cartoccio and alla mugnaia. I’m very proud of this and I’m sure it’s going to be the dish of the year,” he enthuses.

While Osteria Francescana will remain firmly rooted to Via Stella 22 in Modena, Bottura has more flexible plans for his “Osteria Franceschetta” concept, under which brand there is already one outlet in Modena in partnership with chef Marta Pullini. Bottura is considering rolling out the concept internationally, with talks underway for a Dubai venue, however having been approached with an opportunity for the emirate already, he wants to ensure his partner will “invest trust” above all.

Bottura visited Dubai recently and is impressed by the speed of F&B development in the city. “I was there very briefly and I was amazed at the enthusiasm and energy around. I’ve heard that the Dubai culinary scene has grown a lot in the past 10 years so it’s very exciting. It could be a very interesting place to open a contemporary, casual restaurant,” he says.

However, expansion is not at the top of Bottura’s agenda. His main ambition for the future is to continue widening his horizons through travel, and giving back to the community. This year, he is going to the Rio 2016 Olympics to set up a “refettorio” much like the one he operated at the Expo Milan 2015 during which 65 influential chefs from around the world were invited to cook healthy, seasonal meals using waste products.

“Culture is the most important ingredient for the chef of the future. Culture brings knowledge, knowledge opens consciousness and from consciousness comes a sense of responsibility. A chef with culture can save the world”

“It was an amazing experience, we brought all of our knowledge to this project,” he explains. “We are going to be in Rio De Janeiro for the opening of the Olympics. We need to be there, we are really happy to be there and we will use the spotlight to make sure that everyone that helped us to get there will be recognised,” he says.

Another ambition for Bottura is to open a university where chefs will learn more about ingredients and farmers will learn about taste, and this is testament to his belief in the importance of combining quality produce with quality ideas in order to drive innovation.

“We need to create the synergy between farmers and chefs and we’re already talking about that and people around here are so interested,” comments Bottura, adding that the president of the Emilia-Romagna region is in support of the project, which would be located near to Modena.

Asked how he will maintain Osteria’s position as the number one restaurant in the world in next year’s World’s 50 Best Restaurants list, Bottura says this is not one of his priorities. “It’s not about maintaining the top spot. It would be better if every year there could be different guys at number one. We are thrilled to be recognised for our 21 years of work, but it isn’t important for us to maintain number one.

“Once you achieve everything like I did, once you live your life in such a great and deep way, it’s time to give back, use your spotlight for others.  First we need to fight waste, and secondly we need to influence the younger generations – they are going to be much more deeply alert about what to do in everyday life.”

Bottura’s number one piece of advice for young chefs looking to improve their work is to see the world, citing culture in addition to quality ideas and ingredients as a factor essential to the development of the next generation.

“My advice is to travel a lot, be exposed to many different cultures. This helps you evolve, but in travelling, don’t forget about yourself or where you come from,” he says.

“Culture is the most important ingredient for the chef of the future. Culture brings knowledge, knowledge opens consciousness and from consciousness comes a sense of responsibility. A chef without culture just goes into the kitchen and can create good food, but that is different. A chef with culture can save the world.” 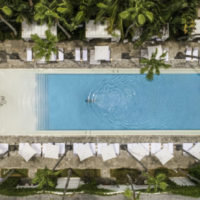 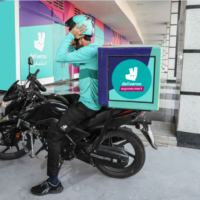 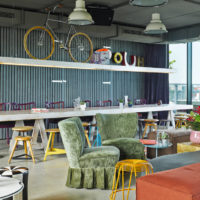 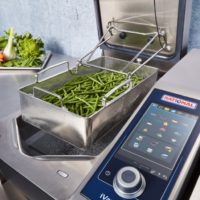 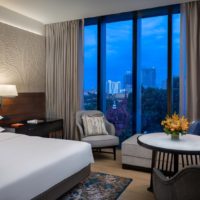