Opinion: Why feasibility studies are unfeasible

Murad Alnasur, managing director of Restoanalysis and chief operating officer of FranchiseME argues that traditional feasibility studies are too focused on financials.

I used to be involved with a company in the F&B business, which had a location in mind for a brand it had the rights to. I gathered my top team, and we prepared a feasibility study for the brand in that location based on the traditional method, 85% of which is focused on financials.

We gathered all the numbers and presented a feasibility study that reflected a six- year return on investment (ROI), however the board told us that we didn’t make a convincing enough case for the company to invest in this location for the brand.

Our accounting team suggested increasing sales and keeping costs the same, which sounded like a great idea. They increased sales by AED1 million and the ROI dropped to 4.5 years, however the board rejected the proposal again.  We then decided we could increase sales by AED500,000, which would put ROI at 3.9 years – below the four years the board was asking for.

Bingo. They liked it and approved it.

However, all we did was increase sales without offering a logical reason, and the board approved it. We told them the location had more potential than we had originally thought and that we could charge a little extra to increase the average cheque. However, in reality, we never actually did this. We just wanted to buy two years of employment and to act busy. To say it bluntly, we had to lie to be able to keep on working.

I know you may think that not everyone is as unethical as we were, but think again. Traditional feasibility studies are based on financials and nothing else. If the numbers look good, they will invest, and if not, you’re out of a job. I know some people will fight the temptation to lie but I also know from experience that many operators will in order to buy time and make money.

Soon after we had paid the deposit, an honest person in the team went back and tried to really look at the feasibility of even breaking even. That person found out that we would have to make 300 sandwiches, and charge AED25 for each to break even. The location had just 90m2 of space and our sandwiches were made to order. It would be impossible to make 300 sandwiches in three hours from scratch and so we went back and offered the findings to the board. They made the right choice to forfeit the deposit and walk away from the brand and concept. However, they were lucky – often you don’t find people who are honest.

If you are not going to do a feasibility study based on financials, then how should you do one? The answer is simple: daydream. It sounds crazy, but trust me. Close your eyes and picture the brand in the location. Now, who do you see lined up at the door trying to get in? How long is the line? You must imagine that to be able to identify your customer. Who are they? What do they want and how much are they willing to pay for it? Don’t wait for them to come to you; go to them and imagine them lining up at your door.

Once you know your customer and you go after them, you will succeed. Anyone can easily do that sort of feasibility study. And the bonus is, it’s free of charge.

ABOUT THE AUTHOR: Murad Alnasur is managing director of F&B consultancy service, Restoanalysis FZE, and chief operating officer of its sister company in Saudi Arabia, FranchiseME. Prior to arriving in the GCC, he operated international brands in the US for more than 32 years. 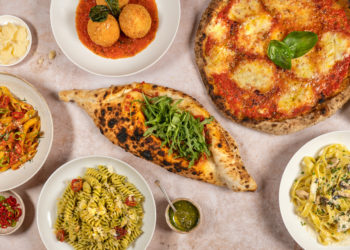