Talent interview: Tools of the Trade

Describe your first ever role in the F&B industry?
I started off as a commis cook to the chef de partie at Café de Paris in Rome. As a commis, I was given tasks such as peeling artichokes and potatoes, which people may not like to do, however learning these core duties allowed me to then gain experience with more complex tasks such as manning the grill station and preparing pasta and pizza.

Who has inspired you most in your career?
My uncle, Chef Ananda Herath, who is a personal chef to Anna Fendi. I also consider my first executive chef, Nicola at Café de Paris as one of my role models.

How do you view the F&B scene in the region?
Food and beverage is a major component for driving guests to the region. I believe it is now at its highest point with high quality restaurants, novel concepts and worldwide talent performing at their best. However, the UAE could offer more by establishing itself as a hub of culinary studies, where amateurs from different parts of the world could come and learn skills in a hands-on environment.

What is the biggest challenge of your role?
Competition in Abu Dhabi is very high, and finding skilled personnel to keep up with the trends can be challenging.

What is the best aspect of your role?
Being able to introduce new dishes and concepts to our guests and receive their immediate feedback, which can help to develop the product.

If you could work in any restaurant in the world, which would it be?
I would work in El Celler de Can Roca in Spain.

What tip would you share with new staff starting out in the F&B industry in the region?
Start from grassroots level and work your way up. This will make you strong as a professional and highly knowledgeable in many aspects of the business. 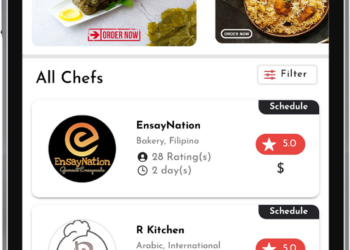