Opinion: A rant on demand

by Dina Maaty
in Hotel News ME, Interviews & Features, Opinion
A A

It’s the last week of Ramadan and I’m idly surfing booking.com looking at hotel rates in Dubai for the end of June for a mid-week stay.

Things aren’t looking pretty and that’s after applying as many choice-limiting filters as I could think of: Limit to hotels only, only top-rated hotels, only near a metro station.

Still more than one page of results. Let’s filter out Deira, because I don’t really fancy driving to the dark side: 11 properties along Sheikh Zayed Road for less than AED 200 with breakfast!

I do like a bit of luxury, so let’s filter out properties rated 2 and 3 stars: Six hotels, all rated 4 stars for under AED 200 with breakfast!

If I’d wanted to splurge and wouldn’t mind spending an extra AED 60 or so, I could take my pick from two very nice five stars rated properties, one of which is part of a major international chain. Breakfast included, of course.

I’m not a math expert, but my math’s good enough to get me through the day, so let’s do a quick calculation: In the summer, the DEWA bill for my villa comes to approximately AED 1,500/month, or AED 50/day. If I’d wanted to have a hotel-style breakfast (you know, eggs the way you like them, fruit, croissants, the works), I can pop across the road to Carrefour and spend, say AED 20 on breakfast ingredients or, if I’d wanted to a more luxurious breakfast, fork out AED 30.

If I were to hire a maid and get by house tidied up and my bedlinen changed, I’d pay about AED 150 for four hours, so let’s allocate on hour to the bedroom and bathroom only, i.e. AED 37.5.

My TV and Internet is approximately AED 600/month, so AED 20/day.

That’s AED 187.5 in total, which obviously does not include my labour (supermarket run!).

For AED 201 including taxes & charges, I could stay in a centrally-located four-star hotel with a booking.com rating of 8.0, in walking distance to the metro, enjoy breakfast, free WiFi, a fitness centre, a choice of three restaurants, and even a pool (albeit it a small one). Oh, and I’ll be in walking distance to a major shopping mall.

All of this for AED 13.5 more than I would (roughly) spend anyway per day. Coincidentally, if I’d book the same hotel now for July, I’d only pay AED 185/night incl. taxes & charges – that’s an on-paper profit of AED 2.5.

In short: We’re in a mess. There’s no way that even a basic four-star hotel can make any money selling at the rates they currently do, while including amenities like breakfast, WiFi, etc.

You might say the summer period is extreme and perhaps you’re right, but hotels in Dubai operate 24/7/365, so the summer months are real.

Would I still be able to stay for less than AED 200 later in the year? Probably not, but I also don’t think the rates will rise enough to allow hotels to make up for losses made during the summer.

What does that leave us with other than shouting: “There are too many hotels in Dubai and not enough demand!”?

What it leaves us with is to ask: “What would it take to change this situation for the better?”

“Open fewer hotels” is what a majority of people would say and yet, for some strange reason, this isn’t really happening. There still appears to be a sizeable number of people who, for whatever reason, think that opening a hotel in Dubai is the best thing they can do with their money.

I think it’s time to look at matters from another angle. Choice is a good thing for travellers, so let them have choice, but also allow hotels to do more than just break-even.

To do this, we would need to look at the market’s infrastructure and administrative backbone which, at times, is going to be somewhat painful, although probably not as painful as running a hotel that turns a loss for several months in a year.

We need decent part-time working regulations. Not just for students, but for everybody. Imagine tapping into the vast potential of (currently) stay-at-home mums or dads. At my son’s school, I meet finance managers, HACCP experts, guest relation pros, and many others – a fine collection of skills and knowledge that could be made available to hotels on a part-time basis. Allowing for part-time positions is one thing, but we’d also need clarity on how this would gel with visa and health insurance requirements and other labour regulations.

It might also be time to admit that Dubai, as much as it tries, is not a year-round destination or, at the very least, not one that requires the current and forecasted number of hotels all year round. Perhaps it’s time to look at seasonal contracts, similar to, say, hotels on Greek islands, or – for our friends from the F&B industry – “pop-up destinations”. Is there really a reason why La Mer is open during the hottest months of the year? City Walk? Box Park?

It’s obvious that I haven’t got suitable solutions worked out, but I do know that you can’t just ‘magic-up’ demand and that, for the foreseeable future at least, any increase in demand for hotels in Dubai will be cancelled out by the number of new hotels opening. I think it’s time to ask questions that go beyond the questions we’ve asked so far. It’s time to look at the very structure of the industry in Dubai and other regional markets and ask if things should and could not be done differently. 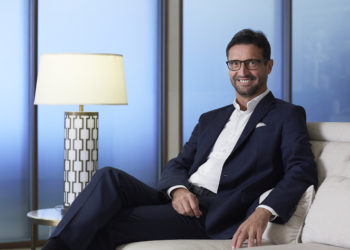 Opinion: The business of people taking care of people 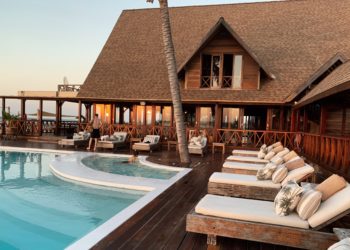 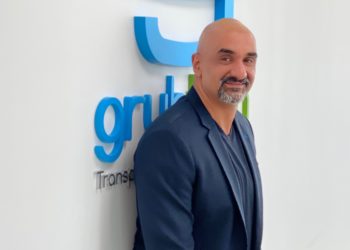