Simon Press, senior exhibition director, said: “The growth and scale of ATM 2017 is testament to the buoyant travel and tourism industry here in the MENA region. It is no secret the growth we observe in the regional industry is spurred by visionary national agendas and a favourable and thriving business environment. With a series of mega-events scheduled for the coming years, including Expo 2020, this growth will undoubtedly continue.”

ATM 2017 welcomed over 2,600 exhibitors – with 100 exhibiting for the first time – across 65 national pavilions. The show was extended across an additional hall, in order to meet growing demand.

Here, Hotel News presents the key stories and highlights from the four-day exhibition.

Announcing the new projects at a press conference in Dubai, Olivier Harnisch, chief executive officer commented: “We are marking our 10th decade of operation this year, and in such a short span of time, we have established our reputation as a homegrown Dubai hospitality group with a fast-growing regional and international footprint. The upcoming properties highlight our competencies as a hotel and serviced residences operator, committed to delivering guest-centric lifestyle experiences.”

These add to the upcoming projects of Address Hotels + Resorts in Dubai, Fujairah, Bahrain and Turkey.

Four new projects will be operated under the Vida Hotels and Resorts brand. These include the Vida Dubai Creek Harbour, Vida Dubai Marina and Vida Residences Dubai Marina.

Having already expanded with hotel management contracts in Saudi Arabia and Bahrain, Vida Hotels and Resorts is further strengthening its international portfolio with Vida Marassi Marina and Vida Residences Marassi Marina in Egypt.

Emaar Hospitality Group plans to expand its footprint to other high-growth markets as well as gateway cities such as India and China, and other global gateway cities for the group.

Time Hotels Management has unveiled plans for a new four-star hotel in Dubai’s Al Barsha district, Time Asma Hotel, which will aim for 80% of team members to be female.

Led by general manager Ghada Mahgoub, the hotel will have dedicated facilities for female guests.

The announcement was made during a press conference at Arabian Travel Market, which took place at Dubai World Trade Centre from 24 – 27 April.

Time Hotels CEO Mohamed Awadalla said: “The concept will provide career opportunities for more than 100 women, contributing towards goals set out by His Highness Sheikh Mohammed bin Rashid Al Maktoum, Vice-President and Prime Minister of the UAE and Ruler of Dubai, to increase the presence of women in the workplace.”

The property will feature 232-rooms over six floors, a gym, swimming pool, jacuzzi, four meeting rooms, a business centre and two restaurants for both male and female guests.

Due to open in Q4 2017, plans are in place for two floors of the hotel to be reserved exclusively for female travellers.

Time Asma Hotel is one of upcoming properties in the pipeline for Time Hotels in the Middle East, with new properties scheduled to open over the coming 10 months in Dubai, Ajman, Fujairah, Luxor, Riyadh, Jeddah and Doha.

Speaking about IHG’s footprint, Pascal Gauvin, chief operating officer – India, Middle East, Africa (IMEA), IHG, explained: “We know the lifestyle segment is the fast growing in the hotel industry; we’ve seen it ourselves through the successful launch of our Hotel Indigo brand here in AMEA, specifically in the UAE and Saudi Arabia. We’re confident there is strong growth potential in the region for Kimpton Hotels & Restaurants brands and we’re looking forward to building on the momentum already established here with Hotel Indigo.”

Currently, IHG is set to open its first resort within this brand umbrella with InterContinental Fujairah Resort later this year.

Schneider said: “It is a very important topic that we, as hoteliers and hospitality professionals need to put into consideration. Guests from the Generation Z have a keen attention to detail when it comes to experiential travel.

“We use this information as a driving force to improve the quality of our boutique resort, as I believe quality strengthens the destination. That is why at Nikki Beach Resort & Spa Dubai, we focus on creating a good quality of experience for our guests.”

Radisson Blu’s Allan said: “The panel was a very enjoyable, insightful discussion.  There was cross-section of views on Generation Z though with a common undercurrent among the parties.  Also, the interaction with the audience was both encouraging and refreshing.

“Generation Z is certainly an interesting market and one which needs to be approached in a number of different ways.  The approach should be as both our guests and also the future leaders of our industry.  It’s going to be extremely exciting to watch how it develops over the coming years.”

The rise of experiential travel has given the market in Dubai a boost according to senior hotel figures at ATM.

David Wilson, general manager of the Waldorf Astoria Dubai Palm Jumeirah was speaking to Hotel News Middle East, at Arabian Travel Market (ATM), when he said that the demand for experiential travel has helped to create a positive mood about tourism in Dubai.

“We are seeing people talking about the rising market of China and we are seeing Russia coming back which is a great thing to happen for Dubai, generally it’s very positive, everyone is being bullish about the market and so far we are having a very good year,” said Wilson.

“It’s a very positive outlook for Dubai, a lot of good things are happening in Dubai, we are never short of something to talk about.

“People are talking about the new parks, the new developments in Dubai. We’ve had the Expo of course and that’s going to be something we see a lot more of with more rooms and a bigger capacity in the city.

“We like to create events that money can’t buy. One of the events we have is the Waldorf Astoria driving experience and for that we have Lamborghinis at the hotel with race instructors taking people out on the streets of Dubai,” he said.

“Those are great experiences as well as the likes of the Waldorf dining experiences. That’s what we are creating by making personal experiences.”

The cluster director of sales and marketing at Fairmont Ajman and Fairmont Fujairah Beach Resort also believes that experiential travel is a key driver for the UAE’s economy.

Khaled S Al-Idressi was speaking to Hotel News Middle East at Arabian Travel Market (ATM) when he made his comments about the rise in guests seeking out experiential options, so much so that the newly opened Fairmont Fujairah was designed with that specifically in mind.

“The destination lends itself to experiential travel, we have options like the hiking trails in the mountains, the spinning classes, the spa and its lifestyle as well as diving off rocks. We are trying to create a place where people can live those experiences,” said Al-Idressi.

“Fujairah is unique and we use it, the yoga in the morning with the sunrise is something that everyone should experience.”

Relaunch for Shangri-La in Oman

Copy: ATM was the scene of a major announcement from Shangri-La Hotels and Resorts about its properties in Oman.

“We realise the guest mix is changing as are the expectations of guests. We put our thoughts together and decided to become a free standing resort,” said Jurgen Doerr, general manager Shangri-La Barr Al Jissah Resort & Spa.

“The feedback was very positive and the official launch will be in October. Beautiful location, beautiful setting.” 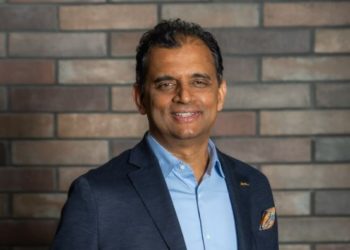