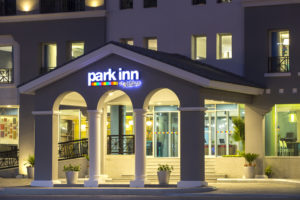 In November 2006, Rezidor was listed on the Nasdaq Stockholm, Sweden. Carlson, a privately held global hospitality and travel company, based in Minneapolis (USA), is the majority shareholder.

Rezidor operates the core brands Radisson Blu and Park Inn by Radisson in Europe, the Middle East and Africa (EMEA), along with the Club Carlson loyalty programme for frequent hotel guests. In early 2014 and together with Carlson, Rezidor launched the new brands Radisson RED, and Quorvus Collection, in the luxury portfolio. Rezidor has a Responsible Business Programme and was awarded one the World’s Most Ethical Companies by the US think tank Ethisphere.

The Rezidor Hotel Group features a portfolio of 457 hotels in operation and under development with 100,500 plus rooms in 80 countries.

Current properties in the region

34 hotels with over 8,000 rooms spanning three brands: Radisson Blu, Park Inn by Radisson and Quorvus Collection in the following countries:

Upcoming properties in the region

Rezidor opened its first Park inn by Radisson hotels in Dubai earlier this year and has just announced a new member of the luxury Quorvus Collection which will open in late 2015: the existing Hormuz Grand Hotel in Muscat. With one hotel already in the region – the Symphony Style Hotel Kuwait. The group also announced its first hotel in Iraq: The Radisson Blu Hotel, Erbil located in the Kurdistan region which is already under construction and scheduled to open in 2017.

Park Inn by Radisson Hotel Apartments in Al Barsha. This hotel is located close to the Mall of the Emirates and features La Mode international dining restaurant as well as a health club with an outdoor swimming pool and Jacuzzi, treatment rooms and a steam room.

Park Inn by Radisson in Dammam, Saudi Arabia. With a great location overlooking the sea on the Dammam Corniche, Park Inn by Radisson Dammam is within very easy reach of the city’s key business and shopping areas, just a short distance from the King Fahd International Airport. The 90 vibrant guest rooms include a choice of standard, superior and one-bedroomed suites. Plus, a choice of three great modern styles – trendy, colourful and designed created with the needs of the contemporary traveller in mind. The in-house spa offers a complete wellness solution including sauna, steam room, Jacuzzi, Moroccan bath, pedicure and barber services – as well as seven treatment rooms, a range of superb massages massage and two special VIP rooms.