Down to business on the Bay


Hotel News Middle East catches up with the team at the Radisson Blu Hotel, Dubai Waterfront about why we should be excited about the launch of the ‘friendliest five-star hotel in Dubai’…

When your mission statement is clear that you are setting out to create the friendliest five-star hotel in Dubai, you can be sure that scrutiny and attention will follow.

But David Allan, general manager of the newly-opened Radisson Blu Hotel, Dubai Waterfront could not be happier now that the property is open for business.

The five-star property, which is home to 432 rooms, is situated at the heart of Business Bay, widely regarded as one of Dubai’s most up and coming neighbourhoods.

But the profile of being the new kid on the block comes with a huge amount of pressure as Allan explains.

“Yes, we have a lovely, lovely hotel here but we are surrounded by lovely hotels. You are talking about The Steigenberger, The Renaissance, The Taj, The Oberoi and the JW Marriott Marquis,” he says.

“That is why we have to be at the top of our game. What we are trying to do is the small things that make people remember us and allow us to differentiate ourselves by living up to the oft-quoted line of trying to be the friendliest five-star hotel in Dubai.”

Anyone with a keen interest in the hospitality industry would be hard-pressed to come up with a better location for the property, something that Allan notes.

“Business Bay is a fantastic place to be. By the time of Expo2020, Business Bay is pretty much going to be the number one district in Dubai, I have no doubt about that,” he says.

“We are very much anticipating that, like the area, the hotel will appeal to people who are here for both business and leisure. We do not want to differentiate between people – we want to look after everyone who comes in.”

While, at time of writing, the hotel had only been opened for two weeks, Allan and his team are delighted with the response.

“I would say the hotel is at least 95% of what we envisaged. Even though we have only been open for two weeks we have changed things already but that is normal. “Sometimes something works in your head but in practice it does not always work like that,” he says.

“Short-term, the plan is to get the team bedded in and give the guests what we said we were going to give them – the friendliest five-star hotel in Dubai.

“Making the correct return for the owner and even the Radisson Hotel Group’s interests all comes off the back of that.”

While Allan stresses the owners could not have been more supportive during the opening phase, getting to this point still did not come without certain challenges.

“I have to say the owners were hugely supportive, we were so fortunate that they refused to compromise in the delivery of the hotel, in situations when time is really tight it is often the case that compromises are made,” he says.

“We have not gone down that road, I am pleased to say.”

The other challenge, Allan reveals, was the recruitment process.

“The recruitment side of it was a challenge. We can talk about being the friendliest five-star hotel in Dubai but once you get the hotel open and operating properly it is a different beast entirely,” he says.

It sounds obvious that the role of a general manager is ultimately to manage their staff, but it is not something that often comes up in discussions between GMs and the media.

That could not be further from the case with Allan.

“It is so important for me to spend time with these guys, the nicest part of my job is to help them to develop,” he says, referring to his team members.

“Sometimes you get the general manager who prefers to hang around the lobby introducing themselves to guests but not really sure of the smaller details, if you ask me it is much important to be there for the staff because they are the ones who will have most interaction with the guests.”

He delves deeper into his management philosophy as he states that in his role he feels it is more important to cultivate an overall atmosphere for the property.

“You can feel it sometimes when you go into a hotel and it has zero personality,” he says.

“I do not want that at all. If I can spend time with the team and make them feel good about themselves then they will pass that onto 20 or 30 people a day. I cannot do that by standing by myself in the lobby just hoping to catch people as they check in.

“I do not want to come to work and be rude, not speaking to people, I know that I feel better about myself when someone makes me laugh so I take that approach with others.”

Allan says it is important that a general manager does not micro-manage his team either.

“It is about treating people like adults,” he says.

“It is not about delegating or micro-managing people. It is about asking people who are experts in their own field to go away and deliver what is required of them, occasionally they need advice, occasionally they need guidance, what they don’t need is someone checking on them every two hours to see if they are doing what they are being paid to do.”

It is clear that Allan is a man who knows what he wants from a hotel; which is just as well considering he has to do it all again when Radisson Blu Dubai Canal View opens in late 2018/ early 2019.

The hotel is clustered with the Waterfront property, and while opening any hotel in Dubai can be a daunting task, never mind taking on two, Allan is confident that he has the team and the tools in place to make it work.

“The theory is to put into practice what we learn from opening this hotel,” he says.

“There are particular roles that can be clustered and others that cannot, they just would not work.

“What I will say is that from opening this hotel group with this team of managers and the ones we are planning to cluster, I am very confident in delivering a very successful hotel at Canal View.”

It is obvious that general manager David Allan puts a lot of faith in his team. What is equally apparent is that they completely buy into his determination to provide the friendliest five-star hotel in Dubai.

Laura Zanfirescu, executive housekeeper, said that the pre-opening phase gave her a unique opportunity to hire the right team to fit in with the property’s philosophy.

“It is about working smart more so than working hard,” she says.

“It is a very exciting time now that we have opened and we all are determined to make sure the positive attitude among the staff is shared with the guests as well.”

Fathuma Hamziya, cluster director of HR says the challenge is different from previous roles in established hotels where it was about getting staff to improve their levels of performance.

“Here it is about starting everything from scratch,” she says.

Location is everything for owner representative Khamis Kazzaz from the Al Hammad Group of Companies.

“I strongly believe we are in the right end of town, I believe Business Bay and Downtown will be ‘the’ address in Dubai for the next 10 years or more,” he says.

“We saw it happening 10 years ago with the Marina, we are in the right part of town, a lot of companies and banks are coming to this area which is great.”

Like anything worthwhile, the project did not come to fruition without a lot of hard work and challenges along the way, explains Katharina Van Beugen, cluster director of PR and communication.

“The challenge that came with it was to fulfil and please everyone. One of the challenges is you don’t have images of the interior or exterior, so you need to find other ways to market the hotel and find talking points about the hotel.

“We decided to focus on all the personalities in the hotel and make it more personal.”

Odile De Groot, director of F&D, says that despite all the meticulous planning behind the scenes there were still some nerves about the opening.

“It is the same situation for every hotel when it comes to F&D, you can train people as much as you want but when you open the doors and the guests come in there is this slight panic,” she says.

“We were fortunate though to have a year before opening to go deep into recruitment. While we just opened a few weeks ago, things are already flowing.”

It is clear from speaking to the team, at the eagerly-awaited property, that they are a unit that is determined to practice what it preaches. 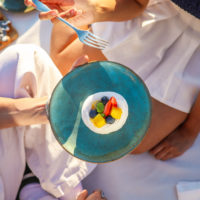 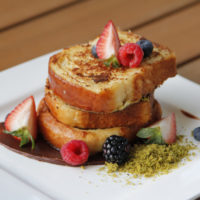 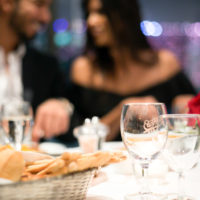 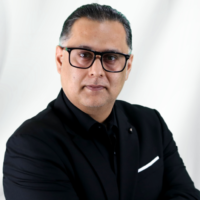 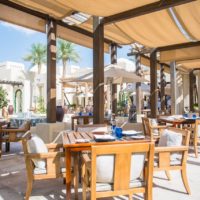