Feature: From Mumbai with spice

In 2017, one of India’s most famous names joined the line-up, Khyber. Mumbai’s family-owned celebrity favourite now occupies a second address, on the 15th floor of Dukes Dubai, the quintessentially British addition to Palm Jumeirah.

Offering 180-degree panoramas of the Burj Al Arab and Arabian Gulf, the venue is almost as big as its predecessor, with capacity for 210 guests inside and up to 60 on the terrace, compared to Mumbai’s 300. The restaurant also boasts a live cooking station and provision for private dining areas.

The menu of authentic north Indian frontier food blends influences from Afghanistan, Peshawar, Pakistan and neighbouring areas and, although the Dubai menu is condensed from the original 300-dish tome to a mere 50 of Khyber’s most popular items, it still includes 15 types of Roti. As owner, Sudheer Bahl, wisely explains: “It’s better to have 50 dishes that taste right, rather than 300 that do not.”

The second Khyber is highly anticipated, but its arrival isn’t a case of Dubai welcoming another Indian restaurant to its eclectic culinary landscape – it’s a case of Khyber arriving in Dubai. The aim is for guests to know they are in Khyber by the aesthetics and atmosphere, without seeing the name over the door.

Bahl says: “It’s about DNA. Dukes said they wanted to replicate the DNA of Khyber Mumbai, even down to the music – I spent a whole month going through the music! We have been doing what we do for 60 years, so why would we do it differently now? People come to Khyber for Khyber and they will know if it’s different. Luckily, the people who have eaten at Khyber Mumbai all say the dishes here are identical.”

The meticulous attention to detail this requires, covers food, services and atmosphere, as Bahl adds: “Indians and travellers who have visited the country have expectations of us. We will continue to do what people know we are good at doing.”

Although steeped in heritage, as with most things in Dubai, there is a contemporary twist to Khyber at Dukes. Designed by leading architect Ayaz Basrai, founder of The

Busride Design Studio and designer of Mumbai’s revolutionary Blue Frog, the opulence and history of the original Khyber blends with an on-trend rustic chic aesthetic that has become popular across the emirate – striking a balance between the two cities that shape the experience.

Established in 1958 by Bahl’s parents, the original Khyber was a 50-seat rented space in the Indian Capital. As word spread, the number of diners continued to increase, reaching 300 capacity, with more queueing out of the door courtesy of a steady stream of coach parties that would make Khyber part of their sightseeing tour.

To keep up with demand, a number of extensions were made to the original premises until, in 1984, disaster hit and Khyber was destroyed by fire.

Instead of closing the doors forever, the decision was taken to transform Khyber into a fine dining destination that lived up to its growing reputation. It was the same year Bahl joined the business, and the family enlisted the services of professional architects and designers, opening the new restaurant to even more fanfare. Soon, celebrities including Sir Paul McCartney, Richard Gere, Demi Moore, Amir Khan and the Kuwait Royal Family were counting themselves as fans.

With the family business thriving again, talk soon turned to expansion. Although several potential partners were identified over the years, it wasn’t until 2016 that Bahl signed the franchise rights to Seven Tides for Khyber to become one of six venues art the highly anticipated Dukes Dubai – itself operating overseas for the first time in its rich history.

Bahl explains: “We have been looking to open in Dubai for several years now because the market components are our exact customer base – the Arab and European communities who are very fond of Indian food and, of course, Indians. More importantly, we had an offer we couldn’t refuse from Dukes Dubai, who are excellent partners for a project like this. There are only two other restaurants in this hotel and it has 500 rooms – that is the level of commitment we have received from Dukes. A 150-seat restaurant on the top floor of a fantastic hotel – what more can we ask for?”

Importing the ingredients necessary to recreate the exact balance of flavours, Bahl and his team source everything from India, with Bahl heavily involved in quality control – to the point where his chefs mail chillies to him to check they’re up to scratch.

Key members of the Khyber team were seconded to Dubai, including the general manager and executive chef, who trained the Dubai staff to the same standards as Mumbai.

With the team and spices in place, it was time to begin the long task of finalising the Khyber Dubai menu.

Bahl recalls: “First, we took the most popular dishes and then signature dishes, but there had to be a balance – enough vegetarian, enough meat enough seafood, dishes with lots of spice, some with a little less. It’s about labouring on it and getting it right. It’s not difficult it’s just time consuming.”

The Khyber raan, a leg of lamb cooked for 24 hours, is a sell-out most days, with large groups often ordering in advance. Other favourites include the nalli nihari, a lamb shank in thin gravy, fish tikka and paneer korma. A signature version of butter chicken also made the final menu, along with the popular phirni rice milk pudding.

“I can say with complete confidence that everything here is exactly as you would find in Mumbai. You know something, when you come from a 300-dish menu, it’s so difficult to reduce it, but we have to go to these lengths to get it right. We are committed to getting it right,” Bahl adds.

The rich and famous aren’t the only ones to give a stamp of approval on the winning menu. Highlights from Khyber’s trophy cabinet include a TripAdvisor Travellers’ Choice Awards in 2015, for being the sixth Best Fine Dining Restaurant in India; a Best Kebabs in Mumbai award from Mouthshut.com in 2014-2015; and ‘legendary’ status in the User’s Choice, by the Zomato Connoisseur’s Guide to Eating Out, in 2013.

Looking to the future, Bahl says he has only one objective for Khyber, to continue to create great quality food, as he reasons: “In the restaurant business you’re as good as your last meal.”

Refusing the rule out further expansions of the brand, Bahl says that if the right partner, location and time combine, a third Khyber – and even a fourth – could be on the cards, as he explains: “If we get a good partner in a good city we are game. If one of those things isn’t good we are not interested.

“We would be interested to open in any place but you need strong local partners who can handle the highs and the lows. It is very difficult for us. We need partners with substantial resources who can put a show together,” he adds.

However, should the stars fail to align, the existing Khyber restaurants will no doubt continue to enjoy global acclaim and, for a family owned restaurant that started in a small space in central Mumbai, there is no doubt the next chapter in this rags to riches story will be as exciting as previous ones.

As Bahl concludes: “We have been doing this for 60 years so presumably we are doing something right and we continue to deliver the same experience. We know the business a little better than those who are just starting out, but the rest is down to hard work.” 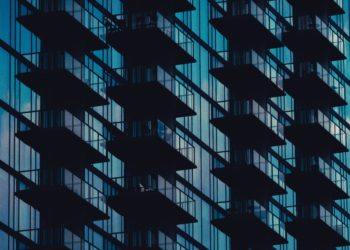