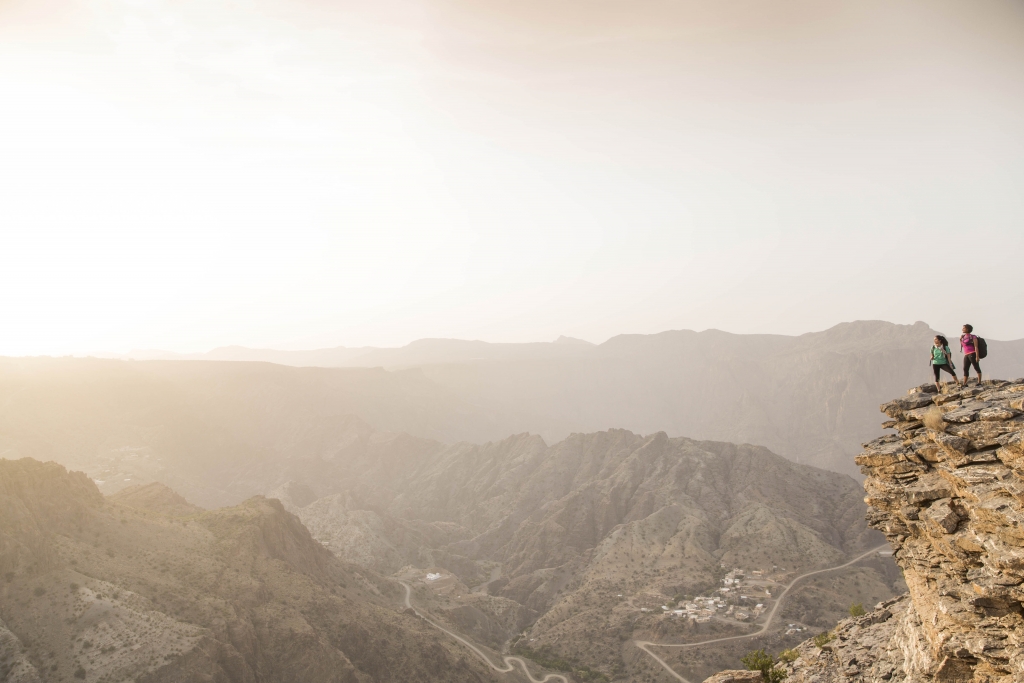 It can take years, even decades, for a hotel to become an icon.

That’s why Darren Darwin, general manager of Anantara Al Jabal Al Akhdar Resort, is over the moon about the success his property achieved since it opened nine months ago in the Al Hajar Mountains of Oman.

“We wanted to position ourselves as one of the top 20 or 30 hotels in the world by year two, to do it in the first nine months is amazing!” says Darwin, referring to the Conde Naste gold list 2017 and Travel and Leisure IT list 2017 – both of which feature his property.

“Financially we have already exceeded expectations. Many hotels allow for what is called a three-year-stablilisation period. In year one we will be in the black, healthily – it is a great achievement.”

It is all the more remarkable given the challenges the team faced opening the hotel which is located in Oman’s famous Green Mountain (Jabal Al Akhdar), some 2,000 metres above sea level.

“We have been open nine months and sometimes I ask how we did it,” says Darwin, who also has experience working with Intercontinental Hotel Group, Wyndham and Carlson Rezidor across the globe.

“We did it through sheer determination and never giving up. It took a lot of hard work from all of the team, everything had to be taken up the mountain, we don’t even have piped water so everything is tanked.”

Darwin wasn’t daunted by the size of the task that awaited him when he accepted the role – in fact he relished it. 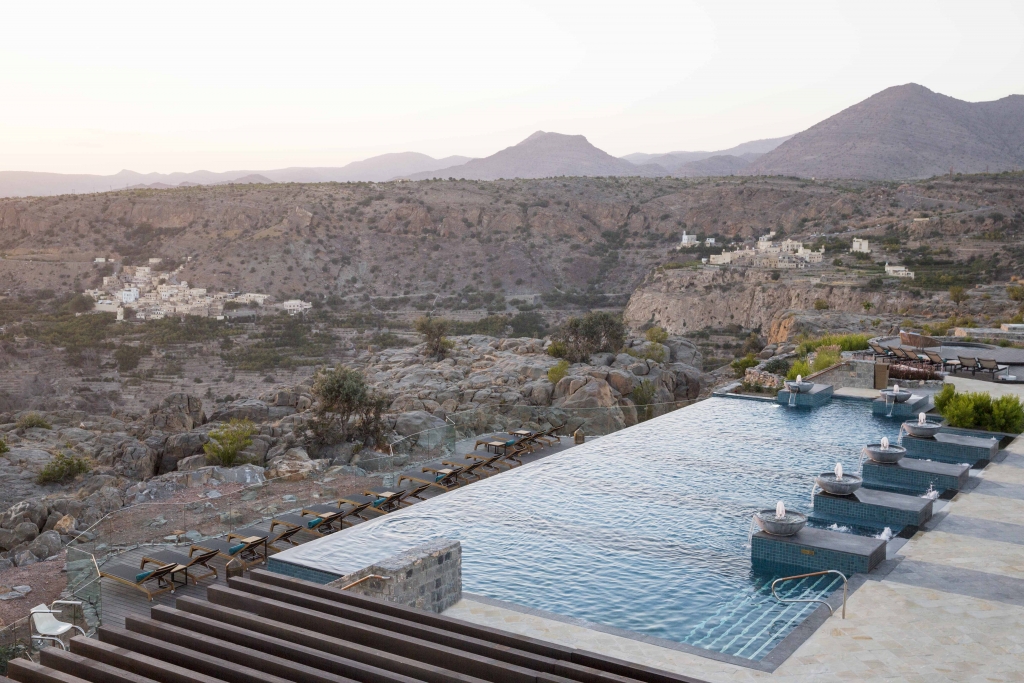 “This project came up and I knew the area but when I looked at the specs for this project I was pinching myself. I tried to play it down with Minor Hotels because you don’t want to sound too excited,” he says.

“I said I was interested and let’s see how it goes but I was jumping up and down inside because for me this is a bucket list project, even when I retire in 10 or 15 years’ time it will be this project that defines me and makes me really who I am.”

The project is the last word in luxury with 82 canyon view rooms and 33 private pool villas and three restaurants – and is known all over the world.

“Over 50% of our market is the UAE and Oman and this is split between expats and locals,” he says.

“You usually find that people from Oman have one or two nights’ stay while those from the UAE tend to stay for two or three nights.”

Darwin has noticed a trend of a rising number of visitors from Saudi Arabia and Kuwait. This is in addition to visitors from Europe, Asia and Russia, which are popular source markets for the hotel.

“Europe has emerged as well. While we knew it was going to be a good market, it just took a bit more time because it was across the pond,” he says.

“Actually with the ease on visa restrictions now, we are also seeing more guests from Asia and Russia. We offer something different, it is unique and so authentic in terms of experience.”

Darwin, who says his army background plays a pivotal role in his management style, puts the success of the hotel down to the staff.

“We have amazing reviews for this place, it is a beautiful and amazing resort, but without the software it is immaterial, and when I say software I mean the team… the people,” he says.

“I understand with certain cultures you can be a bit stricter while others need an arm around them and a lot more coaching.” 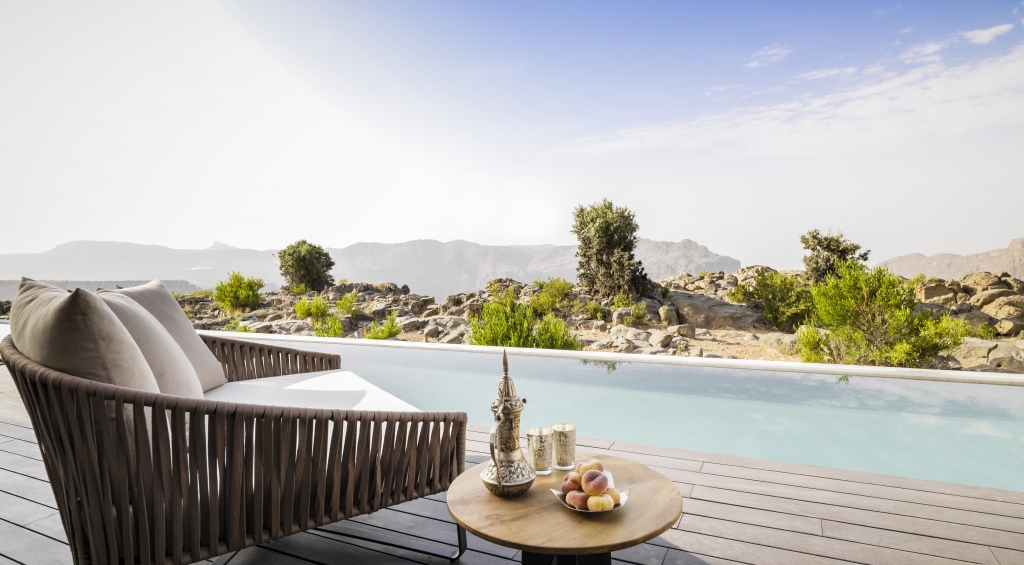 Knowing how to manage different cultures under one property is a key requirement for Darwin who oversees a team of 35 nationalities.

“30 years ago, the GM would be sat in the bar with a cravat and a cigar,” says Darwin.

“This is a $200m project and GMs are business managers now, you drive the results. The key word is ‘drive’ because I don’t believe it can be taught, it can be adapted though and that’s what I look for in managers – do they have that drive to succeed?”

Another issue for Darwin has been ensuring the staff are stimulated given the quiet surroundings of the hotel.

“It’s a beautiful resort but we are still on top of a mountain, so what can we do for the team?” he says.

“We provide activities and housing, they play volleyball, basketball and cricket and we are constantly thinking of ways to keep them happy and motivated.”

The former operations manager for Rocco Forte Hotels puts his affinity with different cultures down to his international experience having been raised in Singapore and Germany before working in Barbados, Russia and Oman.

“I think as a leader in any field, especially in this one, you have to be a confident and quick decision maker,” he says.

One of those decisions was to empower his staff to take the initiative when dealing with guest requests.

“If there’s a complaint in the restaurant, I don’t need to know about it,” he says.

“The waiter can act in a way he or she sees fit, which is great for the guests, and gives the team confidence to be innovative and try new things.”

It isn’t just about the staff and the guests though, Darwin has been keen to ensure the property is fully integrated into the local community.

“We have a designated CSR officer and it’s a local girl because we think that’s important. We are a big five-star luxury hotel on top of a mountain surrounded by local villages, so I guess it was a bit of a shock for the locals who were wondering ‘who are these guys? What are they doing?’” he says.

“First of all, we hired a lot of locals and we work with a lot of local suppliers and invite them sometimes to show off their wares. We also do a lot of work with local schools teaching English.”

The property also holds clean-up campaigns once a month and works with a local donkey sanctuary.

“We don’t want to be seen as this big hotel on the top of the mountain and that it’s all take, take, take,” he says.

“It’s a 66,000 m² plot, which in itself doesn’t sound overly huge but we cover the rim of the mountain. It gives us that sense of scale.”