Dubai International Airport (DXB)  has reported annual traffic of just over 78 million for 2015 – maintaining the airport’s position as the world’s number one hub for international passengers. 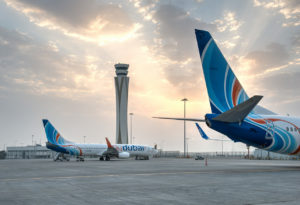 Boosted by the growth of some 100 airlines that connect Dubai International to more than 240 destinations around the world, most notably Emirates and flydubai, annual passenger traffic at DXB surged 10.7% to reach a record 78,014,838 passengers in 2015 compared to 70,473,893 recorded in 2014.

Passenger numbers in December 2015 totalled 7,053,243, an increase of 8.5% compared to 6,498,573 recorded during the same month in 2014, taking the average monthly traffic for the year to a record high of 6.5 million. It was the second time in the year after August when monthly traffic exceeded the 7 million mark.

During the year DXB welcomed new airlines including Air Canada from Toronto, Eurowings from Cologne and China Southern from Wuhan, among others. A total of 12 new passenger destinations were also added thanks to the ongoing network expansion of Dubai-based airlines flydubai and Emirates.

Spurred by Emirates’ network expansion and ongoing growth on routes to the region, North America topped the regional markets in terms of percentage growth in 2015 (+25 per cent), followed by the GCC (+15 per cent), and Asia (+12 per cent).

Paul Griffiths, CEO of Dubai Airports said, “It’s another banner year for Dubai International where we broke records, engaged and entertained our customers in new ways, and retained our position as the world’s number one international hub. But we have no time to rest on our laurels as we are already busy testing the readiness our newest facility, the USD 1.2 billion Concourse D, which when it opens for our 70 plus airlines this quarter, will play a crucial role in helping us welcome millions of passengers in comfort and style.”