The Barilla Group has reached a long-term agreement with tennis player Roger Federer, for the promotion of its pasta and sauces products around the world. 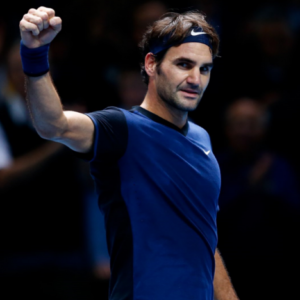 Vice chairman of the company, Luca Barilla, said: “For years it has been my dream that Roger could join Barilla in the fascinating mission of helping people eat better, in favor of their health and the sustainability of the Planet. Now this dream has come true.

“Roger is an extraordinary person and athlete who, during his long career, has demonstrated principles and a conduct that have enabled him to conquer the hearts of millions of people in the world. We are confident that his values and global star power, coupled with our history and our way of doing business, will be of great help in bringing Barilla even further into its mission.”

Federer has won numerous titles and achieved many records: he holds the record for number of weeks as the world’s no. 1 tennis player (302) and he has won 91 singles titles, including a record 18 Grand Slam titles.

He has also won two Olympic medals. So far in 2017, he has already won three singles titles, including the Australian Open in January

“Barilla pasta and sauces provide the energy that I need to succeed on the tennis court and enjoy my family’s favorite activities.  Pasta has been part of my daily diet for so many years that this partnership is a natural. I am excited to be joining forces with Barilla. They are the best in the business,” said Roger Federer.

The Barilla Group has often worked with leading figures from the world of sport, including Alberto Tomba in skiing, tennis players Steffi Graf and Stefan Edberg and cyclists Francesco Moser.

Since 2015, Barilla has also been the main sponsor of the Italian national basketball teams.

Founded 140 years ago in Parma out of a shop that made bread and pasta, Barilla manufactures pasta pasta sauces, bakery products and crisp bread.

The Barilla Group owns 28 production sites (14 in Italy and 14 abroad) and exports to more than 100 countries.

Every year, its plants turn out around 1,700,000 tons of food products that are consumed on tables all over the world, under the following brand names: Barilla, Mulino Bianco, Harrys, Pavesi, Wasa, Filiz, Yemina and Vesta, Misko, Voiello, Academia Barilla.