by Dina Maaty
in Catering, F&B, Interviews & Features, News, People
A A

Arguably the most established name in the Middle East’s fine dining Indian restaurant scene, Vineet Bhatia continues to reinvent himself. As he prepares to pull out of Ashiana by Vineet after just two years, he is simultaneously cooking up a casual street food concept for Dubai. Crystal Chesters reports. 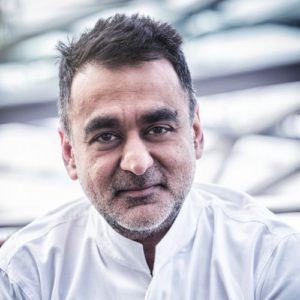 Vineet Bhatia is a man who doesn’t stand still. One of the most established names on the Dubai Indian restaurant scene, the twice-Michelin-starred celebrity chef is about to pull out of classic fine dining restaurant, Ashiana by Vineet at Sheraton Dubai Creek, as he prepares to launch a new venue in the emirate.

During our interview, Bhatia’s exit from the restaurant had not been confirmed, however at the time of going to press, Catering News received a statement from the company saying: “At the moment I can only confirm that Chef Vineet is indeed pulling out of Ashiana by Vineet come September 2016. There is a difference in operation style and we feel it is best suited to part ways.”

“I wouldn’t want to do a restaurant that competes with my other restaurants because that’s pointless. It will have its own USP and will be more casual because Indego is quite formal in some ways. We want to make a larger restaurant but more family oriented, a more casual, relaxed style”

Bhatia took over the restaurant in 2014 and cleaned up the greasy, spicy fare to create a more flavourful offer, however he admits that the location had been the major challenge since day one, saying “it’s a bit slow, it could be faster”.

“Dubai is a very transient place,” Bhatia comments.  “I’ve been here 12 years and I’ve seen it change. Dubai Marina and Downtown Dubai are the hubs for entertainment but Deira has been left behind… it has been neglected a bit.”

With this in mind, Bhatia’s latest project will be located in one of Dubai’s dining hubs, such as Downtown, JBR or City Walk 2, and the new restaurant will mark a step away from his usual fine dining, classic approach toward a more casual, family-oriented venue incorporating street food style cuisine.

“It will be a new brand and concept altogether. We’d rather do a new concept because we don’t want to be stereotyped as doing only the classics or modern and we also want to do street food style, and casual, so as a chef you wear different hats.

“I wouldn’t want to do a restaurant that competes with my other restaurants because that’s pointless. It will have its own USP and will be more casual. We want to make a larger restaurant but more family-oriented, a more casual, relaxed style,” he comments.

With discussions having been underway for ten months already, the restaurant’s opening is being earmarked for the middle of 2017, and Bhatia is very aware that today there is far more competition on the Dubai market than when he first started out 11 years ago with fine dining British style Indian restaurant, Indego by Vineet in Grosvenor House Hotel.

“When I came here there was just Asha’s in Wafi Mall and a couple of restaurants in Deira but other than that there were no restaurants you could take a corporate guest to. With Indego we went for a totally different audience. We wanted to keep the essence of a British style of Indian dining, so we set the benchmark from day one. Since then we have seen a lot of restaurants coming in and opening in five-star hotels and doing a great job, so we helped the industry grow in some shape or form.

“Dubai has improved dramatically… it’s still growing and it’s not even halfway there. What’s happened in the last six – seven years, you’ll see another million changes in the next 10 – 12 years.”

And having a strong presence in the region already will stand Bhatia in good stead with his new concept, he explains: “We’ve been here longer and so we know the market well. It’s a game of consistency. If you maintain a high level of consistency and be very particular with what you give your guest, they will come back. They go to other restaurants to try them, but they should always come back because they long for something they’ve tried before.”

And testament to this is that Indego is still going strong. Bhatia says: “It’s a very mature restaurant and it has achieved exactly what we envisaged for it”.

In addition to his plans for Dubai, Bhatia has his eye on the wider Middle East region and already has a solid presence established across the GCC with a restaurant in Bahrain, one in Qatar, one in Al Khobar and another in Riyadh, with a second location set to open in the Saudi capital in the fourth quarter of this year. He is also eyeing locations in Jeddah, Muscat and Kuwait for new concepts, and is in discussions for further projects in Doha.

“Muscat and Kuwait are quite big markets in the GCC and I just think the kind of cuisine we do is well appreciated. It’s a natural progression to move into places like Kuwait and Oman because all the people from the GCC travel internally very frequently, and they like what we do,” he comments.

The brand chosen for each of these venues will very much depend on the location since Bhatia prefers not to copy-paste, but to create something new with each concept. The exception is the Rasoi brand, which is present in Bahrain, Geneva and London, however, the London venue is currently undergoing a rebrand and will be relaunched this summer.

“Muscat and Kuwait are quite big markets in the GCC and I just think the kind of cuisine we do is well appreciated. It’s a natural progression to move into places like Kuwait and Oman because all the people from the GCC travel internally very frequently, and they like what we do”

A second project for London is also in the pipeline, which Bhatia refers to as “an Indian version of Zuma or Nobu”. He reveals: “You’re not going to go there for curries, it will be light bites, small portions and tapas style sharing – funkier and more casual.”

Continuing to innovate will be key to Bhatia’s future success both in London and the Middle East he believes, commenting: “If I don’t push the boundaries further for myself and my team then there are going to be problems for everyone and the guest will lose interest.

“You always have to think, ‘what more can I do for my guests, what more do I want to offer?’ It’s a constant question that keeps your mind ticking and it’s key to our industry, because if you stand still you die. It’s best to always be on your feet, move around, see what else can be done and how you can fine-tune,” he says. 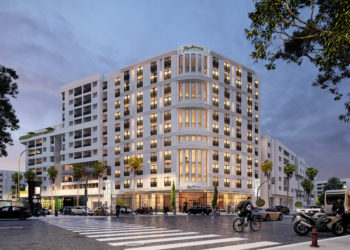 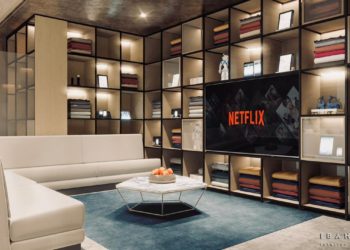 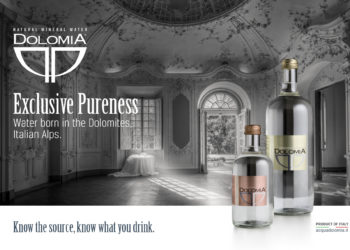