by Mahak Mannan
in Catering, F&B, News, Suppliers
A A

As the UK and European Union governments navigate the complex impasse over Brexit, a raft of British food and beverage producers from multiple sectors are leveraging this week’s Gulfood mega fair at Dubai World Trade Centre (DWTC) to offset potential business losses in the event of a no-deal exit from Europe. 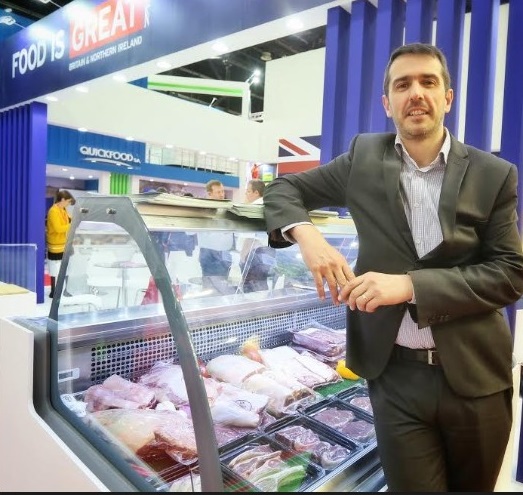 With more than 79 British companies at this week’s Gulfood, the industry-wide British collective features meat and dairy producers and a plant-based meat alternative start-up. The collective’s universal objective is to explore new deals in the Middle East, Africa, and Asia to counter, at least partially, any potential revenue falls should a no-deal Brexit trigger tariff hikes on their exports to mainland Europe.

If the UK exits the European Union with a no-deal Brexit on March 29, it will automatically fall back on World Trade Organisation (WTO) rules. Consequently, British food producers who continue exporting their products to EU member countries after Brexit will face tariff hikes. According to recent reports and Gulfood exhibitors, British meat and dairy exporters eyeing continued exports to Europe face potential tariff increases northwards of 35%.

“We are throwing the net out as widely as possible,” said Henry Openshaw, export director, Grandma Singletons, a fifth generation, family-run cheesemaker based in the North West of England.

“If we lose our European business overnight, we will need to find a lot of new customers very quickly and that’s where Gulfood comes in.

“As a small, family-run business, we can’t be flying all around the world because it’s simply not economical. Gulfood is a great show for attracting a wide spectrum of people and we’ve had really positive conversations with buyers from Ukraine, Pakistan, and across the Middle East.”

As the UK’s end-of-March exit from the EU draws closer, Openshaw revealed Grandma Singletons is one of hundreds of British companies exploring options beyond the European bloc at Gulfood.

With Britain long-established as the world’s third largest producer and exporter of sheep meat, Dr. Phil Hadley, international market development director at the Agriculture & Horticulture Development Board (AHDB), a levy organisation funded by farmers, growers, and other entities across the supply chain, is optimistic Gulfood can ease the strain of Brexit.

“There is a huge opportunity in the regional market and Gulfood is the platform to embrace that opportunity,” said Hadley, as the AHDB rallies around 12 British meat producers at Gulfood.

“Gulfood is even more pertinent for us this year because Britain is a volume exporter of sheep meat and most of that volume has historically gone to the European market place. We have been more focused on growing our business in key international markets, but it has additional relevance this year because of potential trading difficulties with Europe post-Brexit. We will target markets that are looking for specific products and will pay a premium price for them.”

With of the permutations of a no-deal Brexit casting a cloud of uncertainty over the British food industry, Jonathan Eckley, head of Asia Pacific Export for AHDB, agreed Gulfood, and the stable access it provides to emerging markets, now carries increased global significance for British food producers.

“Gulfood is an even more important show now because it goes beyond the Middle East region and is a global event, that’s why we have to tap into it. Some of my exporters come to the show because the logistical connections in Dubai mean we can see people from South America, China, Africa, Hong Kong, everyone is here.”

Also exhibiting is the British-born The Meatless Farm Company, a plant-based meat alternatives company which has signed a listing agreement with UAE-based supermarket chain, Spinney’s.

“No-one knows what’s going to happen on tariffs, everyone is hoping a Brexit agreement will be struck,” said Robert Woodall, CEO of the Meatless Farm Co.

“The uncertainty doesn’t help, but Gulfood is an opportunity to offset that, do business outside of the EU and grow our business in a very important region. We’re using Gulfood to tap into the Middle East and Asia-Pacific.”