The Sultanate of Oman is rolling out a number of substantial tourism infrastructure developments worth billions, presenting strong growth opportunities for the destination’s hotel industry. 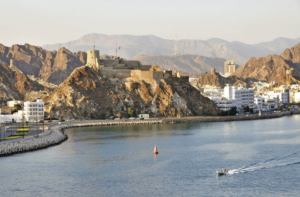 Muscat International Airport: Phase one of the airport’s expansion will boost capacity to 12 million passengers annually, increasing four-fold to 48 million when phase three is completed. Enhancements include a new $1.8 billion passenger terminal complex and a second runway capable of handling the A380.

Oman Convention & Exhibition Centre (OCEC): Due to open in late 2016, the OCEC’s highlights include two tiered-seat auditoria seating 3,200 and 450 respectively plus 22,000 square metres of column-free exhibition space over five halls. There will be 1,000 hotel rooms tool. It’s estimated contribution to Oman’s GDP by 2030 is $623 million (Booz & Co.)

The Wave Muscat: Four hotels and a retail development are currently under development.

Majarat Oman: Oman’s biggest indoor theme park, located at Al Sawadi Beach Resort, will be completed by 2017. Built to the tune of $120 million it will cater to up to 3,000 visitors daily.

Sohar Airport: Flights commenced last year but the passenger terminal is still under construction. It will be able to accommodate half a million passengers annually when completed.

New Salalah International Airport: The new terminal opened on June 15 and the airport already has capacity for one million passengers annually. The on-going phased development project, being executed over three stages, will ramp up annual capacity to two, four and six million passengers respectively.

As Sodah Island: This eco-friendly resort by Muriya will include the upscale boutique property Maisons Cheval Blanc with 32 chalets. It will be operated by the LVHM Hotel Management, an entity of the Moёt Hennessy Louis Vuitton (LVMH) group.

Almost nine million passengers passed through Muscat International in 2014, up 6% on the 8.5 million reported in 2013.