Emaar Hospitality has reported that occupancy at The Address Hotels + Resorts is 86% higher than the industry average.

The announcement was made as Emaar Properties recorded a robust increase of 12% in net profit to $674 million in the first six months of 2016, compared to the net profit of $ 600 million during the same period last year. 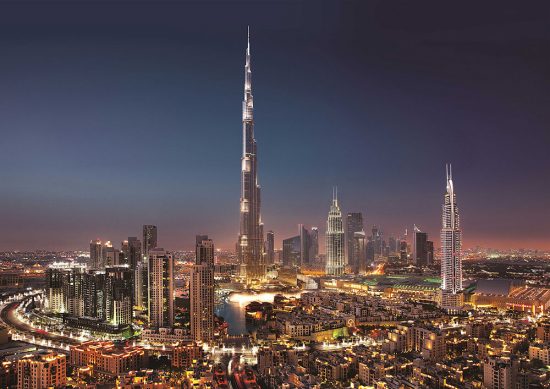 Underlining the strength of its diversified business model, Emaar’s recurring revenues from its malls, retail and hospitality and leisure segments recorded an impressive $794 million, which is 40% of the total H1 2016 revenue, and in line with the cumulative revenue from these businesses during H1 2015 at $ 790 million despite the ongoing development of The Address Downtown Dubai.

Emaar recorded total sales at $2.842 bn during the first half of 2016 and now has a formidable backlog of $ 12.50 bn to be recognised over the next three to four years.

Mohamed Alabbar, Chairman of Emaar Properties, said that the strong half-year results highlight the success of Emaar’s growth strategy to consolidate its position as the largest developer of iconic projects in Dubai with a sizeable sales backlog, and to build its recurring revenues.

“We are in one of the most exciting phases of our growth story having launched a brand-new icon for the city – The Tower at Dubai Creek Harbour – and the imminent roll-out of Dubai Opera in Downtown Dubai. We are scaling up our malls business with the launch of a Retail District in Dubai Creek Harbour and the expansion of The Dubai Mall. We are also strengthening our hospitality portfolio with 35 new hotels and serviced residences in the UAE and international markets.”

He added: “Our commitment is to create long-term value for our stakeholders, and in this, we are inspired by His Highness Sheikh Mohammed bin Rashid Al Maktoum, UAE Vice President and Prime Minister and Ruler of Dubai, to challenge ourselves and push our boundaries. We will continue to explore opportunities to develop new land banks in Dubai through integrated developments that support the Dubai Plan 2021 and the preparations for Expo 2020.”

In the second-quarter (April to June) of 2016, Emaar sustained its growth trend with net profit at $346 million, an increase of 8% over the profit during same period in 2015 of $321 million.

Revenue for Q2 2016 stands at AED 3.728 billion (US$ 1.015 billion), which is higher by 7 percent compared to the Q2 2015 revenue of AED 3.496 billion (US$ 952 million). This was result of Emaar’s focus on on-schedule construction progress and the achievement of new milestones that contributed to higher revenue recognition.