Face to face: Behind the wheel of success

With no plans of slowing down, Pascal Gauvin, COO, India, Middle East and Africa, InterContinental Hotels Group tells Sophia Soltani why it’s best to strike whilst the iron is hot and how building membership communities within an organisation is vital to creating loyal followings on the outside.

When thinking of hospitality veterans, Pascal Gauvin definitely makes the cut having spent over 15 years with InterContinental Hotel 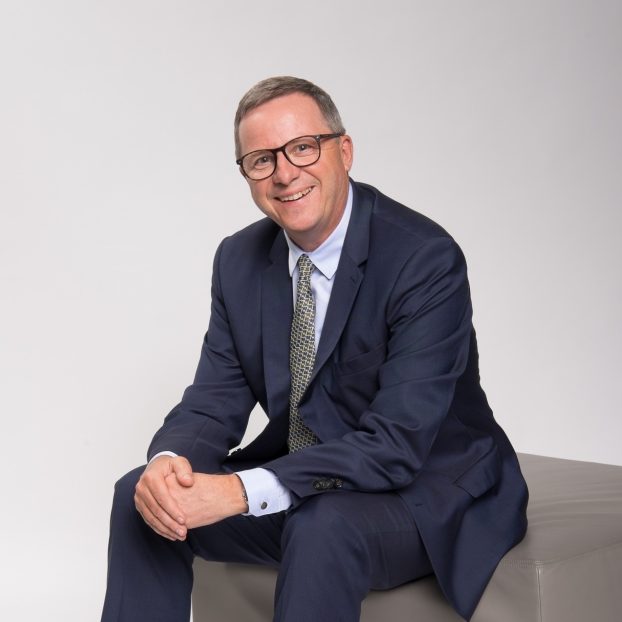 Group and working his way up to COO.
Having first joined the hotel group in 1993 as F&B manager at InterContinental Hotel Paris, it is clear to see Gauvin’s rapid succession of roles spanning from general manager, vice president of operations to COO in just over a decade.
As he continues to drive the growth of one of the biggest international chains in the region with 25 hotels, amounting to 9,658 rooms in the pipeline for the region, IHG has a firm focus on two markets: the UAE taking the number one spot with 11 hotels, closely followed by Saudi Arabia.

Explaining the significance of Saudi Arabia, Gauvin says: “We have a long history and experience operating in the Kingdom of Saudi Arabia, having opened our first hotel, InterContinental Riyadh, in 1975. 41 years later, we remain confident of our long term growth. In the next three to five years, we’re looking at increasing our system size by nearly 130%, from over 6,000 to around 13,900 rooms.”
And with such extensive plans for Saudi, Gauvin adds: “Currently, there are seven hotels in our pipeline for Saudi Arabia, the second largest in the Middle East. In 2012, we signed our first Hotel Indigo in the region with Hotel Indigo Riyadh King Abdullah Financial District. Last year, we opened the 100 room Holiday Inn Tabuk, the first hotel to be signed and opened under our MDA with DUR Hospitality Group, as well as Holiday Inn Jeddah Gateway, with 200 rooms, our second in Jeddah.”
With so many hotels opening, when asked about the recruitment process and talent pool for the hospitality industry in Saudi, Gauvin confidently explains: “In Saudi Arabia, more than a quarter of our employees are Saudi nationals, and we are looking to fill another 4,000 roles with the opening of the hotels in our pipeline.”

Given the huge proliferation of luxury hotel brands in the Middle East the industry is rife with competition, so when asked what IHG bring to the mix that is different, Gauvin emphasises the need for personalision to stay competitive in a saturated market.

“The definition of luxury varies from person to person. InterContinental Hotels and Resorts is our luxury hotel brand that creates personalised authentic local experiences for world travellers. Our hotels are located in most of the world’s key cities and many resort destinations across 65 countries worldwide, allowing guests to discover the real city from a locals’ point of view.”
Personalisation is just one factor on Gauvin’s list of many differentiators with technology, cuisine and the element of exclusivity equally important, as he explains: “We provide luxury services through our Club InterContinental Lounge, combining the exclusivity of a private lounge with personal service through The InterContinental Concierge Programme. We are the first hotel brand to launch a global iPad app to help guests tap into concierge’s local knowledge using Google Maps technology, and finally though internationally renowned chefs at our hotels who amplify the culinary experience as we work with Michelin-starred and celebrity chefs across our hotels and resorts.”
Trend Talk

IHG recently released its 2015 results, detailing the highest room openings since 2009, and as Gauvin unveils the driving factors behind the aggressive expansion plans, he attributes the success of the group’s 11% global profit growth seen in 2015 to high-quality standards.

He explains: “Travel and Tourism is the fifth largest global industry. While the accommodation landscape is diverse, the branded hotels segment is still the fastest growing. This business environment demands solid growth plans.
“Globally, our high quality, fee-based business continues to generate significant operating cash flows following the completion of our major asset disposal programme.”
With the added value of the acquisition of Kimpton Hotels and Restaurants to the IHG family, he states that “by adding Kimpton Hotels and Restaurants to the IHG range, we have accelerated signings across our mainstream and extended stay brands, and been able to strengthen our brand portfolio.  We were also able to grow our direct digital revenue by applying effective online distribution management.”

With an existing portfolio of 78 hotels, totaling 23,300 rooms in the Middle East, and occupancy rates fluctuating on a regular basis, Gauvin reveals the main source markets for business in the UAE are home-grown travellers, as he explains: “Slightly more than 46% of international travel nights in the Middle East originate from the region itself, with 11% coming from North America and Europe.

“Corporate source markets remain strong with the Americas, Europe and increasingly India. Saudi Arabia, the UK and Germany are consistent leisure-based source markets.”
And in order to retain the masses, the key facets of IHG’s 2016-2017 sales and marketing strategy shows the group’s commitment to expansion with no plans of slowing down anytime soon.

As Gauvin says: “Our strategy focusses on three main pillars including strengthening our preferred brands, growing through targeted hotel distribution, and driving revenue delivery through technology and loyalty.  For example, globally, we had a record year for openings and signings for Kimpton Hotels and Restaurants.  We have also signed 78,000rooms into the pipeline, including those mentioned for the Middle East region.”
He adds: “In addition, we have enhanced the IHG Rewards Club with the launch of Spire Elite, a new top tier of membership, and enhanced personalised member marketing campaigns, driving registrations up 35% year-on-year.”

With ambitious plans to open 25 hotels amounting to 9,658 rooms over the course of the next three to five years in the Middle East, Gauvin sees the region as “rife with opportunity” for the IHG brands to further expand their Middle East presence.

He predicts: “According to the UNWTO forecast issued at the beginning of 2016, 2015 marks the sixth consecutive year of above-average growth, with international arrivals increasing by 4% or more every year. Even with the levels of uncertainty and volatility, the projections for the Middle East remain positive for 2016 between +2% and +5%.”
He continues: “Furthermore, while RevPAR in Saudi Arabiaremained nearly flat, STR Global analysts note significant year-over-year RevPAR increases in the Medina (+34.0%) and Makkah (+14.1%) markets. In addition to such projections, government initiatives such as the Dubai Expo 2020 and the UAE’s Vision 2021 add to the opportunities available to the hospitality industry in the Middle East.”
With clear goals in sight, the avid hotelier explains: “We will continue to build on our strengths across the Middle East, particularly in the UAE and Saudi Arabia. Our key goal is to ensure that we are the number one choice for our guests, employees and hotel owners in the region, which we deliver by investing in our people, our service and our brands.”