Fabbri Gelato, the 111 year old Italian gelato and pastry arm of the wider Fabbri 1905 company, is to be distributed in the UAE by Falcon Professional Kitchen LLC.

The signing represents the beginning of Fabbri’s “transformation of distribution channels” which has seen the business divided into three units – beverages, gelato and pastry, and retail – to be handled by specialist distributors in each area. Speaking to Catering News at Gulfood Nicola Fabbri, director of Fabbri said: “We have distributors in 110 countries in the world, including the GCC. We are going through a transformation of our distribution channels because we have changed the organisation of our company.

“We have increased our reach three-fold by doing this instead of having one distributor for all three lines. It’s no more complicated, but more specialised.”

Samir Al Hallab, Falcon Professional Kitchen, said: “We are very proud to partner with an historic company that produces everything naturally.

“We want to spread the culture of gelato and we strongly believe the next year or two will see a huge growth in the market with the demand for gelato and coffee shops on the rise, particularly in Dubai where there is still room for more gelato shops in the market.

“I believe the gelato segment is in the early stages right now and that it will expand in the coming years and we want to be a part of it.

“The most important thing is the excellence of the raw materials and products and the natural material versus the synthetic and artificial flavours your get,” he continued.

Fabbri added: “Apart from the reputation of Falcon, the fact that they have the best brands in the market and in our industry and so they actually came to us and we gladly accepted to be represented by them.

“In a one-stop-shop concept, being part of the same premium brand is beneficial for them and us.” 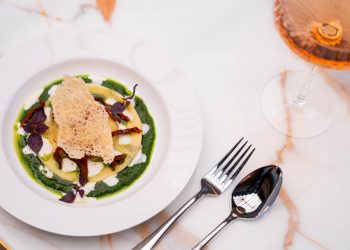