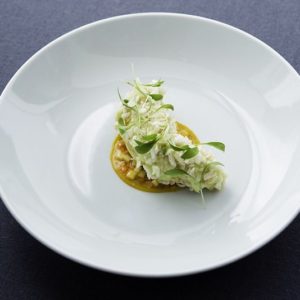 According to a press statement, the contemporary Asian restaurant features unusual flavours and rare ingredients that showcase the restaurant’s philosophy of “simplicity in presentation and complexity in creation”.

Berlin-born Tim Raue commented: “Dragonfly is synonymous with freedom, and in our kitchens we don’t hold back. We try to unlock the palate by creating culinary combinations that are surprising yet pleasing, allowing our diners to revel in the creativity of the dish whilst enjoying the rush of flavors.

“In contrast to our elaborate approach to crafting the dishes, we let our food do all the talking when it comes to presentation. Clean and elegant, the dishes reflect the pure sensory enjoyment that we aim to evoke in our diners,”

Raue made his name with Restaurant Tim Raue, which was awarded with two Michelin stars and 19 points in Gault & Millau as well as number 34 on San Pellegrino’s ‘The World’s 50 Best Restaurants’ list in 2016.

The chef currently oversees eight restaurants in Germany including the Mein Schiff 5 restaurant on cruise liner TUI, in addition to Dragonfly in Dubai.

Raue will act as culinary advisor, while Dragonfly will be headed up by chef Christian Singer, who previously worked as chef de cuisine at Restaurant Tim Raue.

Speaking about his team at Dragonfly, Singer said: “We are an ambitious and adventurous team at the Dragonfly kitchen and although we revere classic Asian dishes, we are constantly trying to update them by deconstructing and reinterpreting.

“By using standards, methods and ingredients reaped from diverse cultures – Japanese product quality, French technique, Thai flavours and Chinese spices – and combining them, we have created a menu that has cosy elements of familiarity as well as thrilling new additions.”

Dishes include the wasabi langoustine, which is deep-fried in tempura dough and covered with wasabi mayonnaise and green riceflakes, and balanced with Thai mango jelly and a Thai street-style dressing.

One of the main courses, turbot with kamebishi, leek and ginger is served with dry ice and hot water, simulating the steaming process and adding a touch of drama.

Meanwhile, one of Raue’s signature dishes, the peking duck, is recreated using a whole duck and featuring three plates: one with roasted duck breast and a sauce of duck feet, the second with a stock made from the legs and bones of the duck, and the third a cold mouse of fois gras. 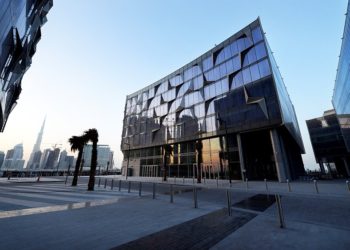