Hospitality Management Holding (HMH), a company which operates in the Middle East and North Africa, has announced the appointment of industry veteran Michael Zager as its new Chief Operating Officer.

In the 30 years of his hospitality career, Zager has played a pivotal role in driving growth and success in the leadership positions he has held at many global hotel groups including InterContinental Hotel Group, Wyndham Hotel Group and Marriott in Europe, Middle East and Africa.

Commenting on the appointment of Michael Zager, H.E. Sheikh Mohammed Bin Faisal Al Qassimi, Chairman & CE, MANAFA LLC, and Vice Chairman, HMH, says: “We welcome Mr. Zager to HMH as we are confident that Mr. Zager will be a valuable addition to the management with his commitment to creating growth opportunities and driving our vision to success by expanding further HMH’s portfolio in the hospitality sector. His expertise in management and operations combined with experience across Saudi Arabia and the UAE will add to our growth and progress.”

The most recent position held by Zager was at IHG as Vice President Operations Continental Europe. He has extensive proficiency in hotel management services, developing standard operating procedures across multiple commercial functions and overseeing hotel openings across the GCC and East Africa. 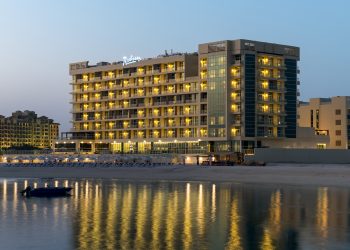