by Crystal Chesters
in Catering, F&B, Interviews & Features, News
A A

With six Michelin stars under his belt achieved over a 35-year career, adapting to consumer demand for a more casual dining experience hasn’t been easy on Gary Rhodes. The legendary chef, author and restaurateur tells Crystal Chesters why fine dining is still relevant 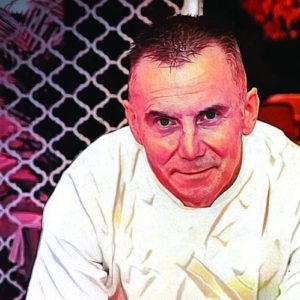 When Gary Rhodes talks about food, you can taste it. With detailed, passionate rhetoric he recalls the globe artichoke soup he orders every time he visits his favourite restaurant, the three-Michelin-starred Guy Savoy in Paris. On sampling his first ever mouthful, he put his spoon down and declared to his right-hand man Wayne Tapsfield and wife Jennie, “I can’t eat that – it’s too good!”

“For me, the flavour of that globe artichoke, the richness of it; it’s like silk in texture. It’s cooked to the right temperature so you don’t get any granules and when I got that earthiness of the truffle it kind of exploded, then a bite of Parmesan against that flavour; the hot truffle brioche with lashings of truffle butter, tearing it off and dunking it in, and eating it like a little school boy…” says Rhodes, visibly entranced by the memory.

One ambition Rhodes, at the age of 56, still harbours is to train under the creator of his beloved artichoke soup, stating, “the path to success is still under construction”.

“I’d like to take a couple of months off and say, ‘Monsieur Savoy, can I please come and be a commis in your kitchen?’ I just want to watch and work with someone who is a true culinary master. I think I could learn so much and realise what makes him a true great. There are a lot of really good chefs out there, but there aren’t many great chefs.”

It’s a humble admission for Rhodes – who has achieved six Michelin stars of his own throughout his 35-year career – and it is testament to his deep respect for haute cuisine and its chefs. Rhodes’ first Michelin star was earned at the age of 26 when he was head chef of Castle Hotel, Taunton, then he went on to gain a Michelin star in 1996 as head chef of the Greenhouse Restaurant in Mayfair, where he revived British classics including faggots, fish cakes, braised oxtail and bread and butter pudding. The following year, in 1997, he opened his first restaurant, City Rhodes, followed by Rhodes in the Square, both of which were awarded Michelin stars. More openings in London, Dorset and Dublin followed, including Rhodes Twenty Four at Tower 42, which retained its Michelin star for 10 years.

In 2007, the same year he opened Rhodes W1 Fine Dining at The Cumberland on London’s busy Oxford Street, Rhodes ignited his career-changing relationship with the UAE – a country that doesn’t even have a Michelin guide. Rhodes Mezzanine launched in Grosvenor House, marking one of the first fine dining venues in the emirate. “There were very few outlets in this area at the time, but goodness, how that’s changed!” he remarks.

“We’ve got The Croft over the road at the Marriott, we’ve got Jason Atherton at the InterContinental and there are many other operations coming up, such as Colin Clague downstairs in this hotel [with Rüya, a new Turkish concept]. There are endless numbers of new chefs hitting the scene, but probably only about the same number of customers around.”

The challenges presented by an influx of competition and a wavering population have been compounded by changing consumer mindsets and a new generation of diners looking for a more casual experience. “When I first came over, the older expat bracket liked Mezzanine; it’s what they wanted.  Now there’s a much younger audience and they don’t quite want the starch. Even the dress-code in restaurants has changed. What happened to the days when you got dressed up to go out? Sometimes I like to go to a restaurant and make an effort.”

Admittedly one of the “older chefs”, Rhodes laments the seeming disregard younger generations have for fine dining, and believes there is still a relevant place for this, if not in Dubai, then globally. “There are certain locations, such as Le Gavroche in London, and you know what you’re going to get there. You’ll get two-Michelin-star quality food, and the service and glories to go with it.

“That’s become a culinary institution of London because they’ve stood by what they’ve created. I first went to the restaurant 25 years ago and some of those dishes are still on the menu. That’s the message; that’s what they’re trying to tell you and sell you.”

“That’s what you have to do; stick by what you believe in and don’t be over-influenced by others. Don’t move from that, no matter what fashion is in town; stick by it and continue to make your customers happy”

Despite his disenchantment with the widespread dumbing down of fine dining, Rhodes was convinced to overhaul Rhodes Mezzanine to create a more casual environment in line with market trends and in October 2014, the restaurant reopened as Rhodes W1, the design inspired by an English conservatory with light, bright colours and butterfly prints adorning the walls. “The trouble with Rhodes in the industry is that the name means Michelin-starred restaurants. So after having half a dozen one-Michelin-starred restaurants over the years, consumers expect my restaurants to be expensive, starchy, fine dining. I’m trying to make sure we tell a bigger story about what we’re trying to do.”

However, Rhodes can’t help but betray a certain regret over the decision to overhaul the restaurant, voicing his nostalgia for Mezzanine. “You’ve got to stick to what you believe in. There was once when I was over-influenced by other people, and I thought, ‘maybe I’m wrong’ – but I don’t think I was,” he says. “That’s what you have to do; stick by what you believe in and don’t be over-influenced by others. Don’t move from that, no matter what fashion is in town; stick by it and continue to make your customers happy.”

To restore an element of his trademark fine dining style, Rhodes plans to re-introduce some of his classics from the Mezzanine menu back into W1, ensuring the food has “that edge about it”, despite the more casual surroundings. “There are certain dishes I’ve brought back from the Mezzanine days and I’m just trying to use those dishes to make a statement again,” he says, citing the lobster omelette thermidor and a chicken liver and foie gras parfait brûlée. “I’ll stick to a couple of classics I want this restaurant to be known for.”

Although he would like to open another restaurant in Dubai in the future, Rhodes says he must first focus on getting Rhodes W1 “back on track”, while maintaining the success of Rhodes Twenty10 British steakhouse restaurant at Le Royal Méridien Beach Resort, Dubai, in addition to his restaurant at the Calabash Hotel in Grenada, the Caribbean.

With this in mind, Rhodes W1 is introducing live music, a happy hour, a bar snacks menu, and is looking to do a promotion with Theatre by Rhodes, a partnership with Vox Cinemas that started just a year ago in Mall of the Emirates, offering a luxury cinema experience with a full food and beverage menu prepared by Rhodes. With Theatre by Rhodes drawing in the mass audience, the chef believes a promotion could be a clever way to attract a younger crowd to Rhodes W1. “For those that think they can’t afford it, I want to get them in to enjoy it. At the cinema you have the best mix of age groups – everyone goes to the cinema.

“I’d love to do [another restaurant in Dubai] but I wouldn’t want it to impact here; I want to make sure that before we do anything else, we get this back on track and continue to make Twenty10 a success. Then I would perhaps look further afield, but at the moment, I’m in no hurry.”