The cocktail bar is situated on the eighth floor of the new hotel and has been designed by New York-based Adam Tihany. With black and gold colours, the interiors evoke the symbolism of the falcon, a Middle Eastern emblem of luxury and bravery.

The light fixtures mimic the coat of a falcon, back bars feature rotating cage- like drinks displays, and outdoor cabanas and stone walls frame a terrace offering views of the Burj Khalifa.

The bar serves classic and creative cocktails that have been developed to mirror the design concept, with signature drinks including the Mockingbird and the Phoenix.

To accompany the beverage menu there is a light Asian inspired menu created by the hotel’s executive chef Mat Dahlkemper, with hot and cold appetisers featuring dishes such as Baby Octopus, Brule Watermelon and Foie Gras Gyozas.

Resident DJ Lobito Brigante will manage the soundtrack, with weekly live performances and a regular calendar of events.

Luna Sky Bar is one of several outlets at the new hotel and complements Firebird Diner by Michael Mina, a twist on the traditional American diner, and Churchill, a cigar club, which is set to open soon. 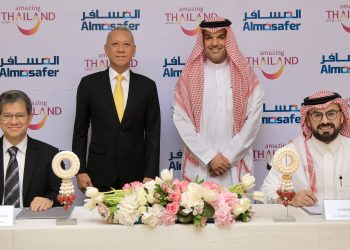 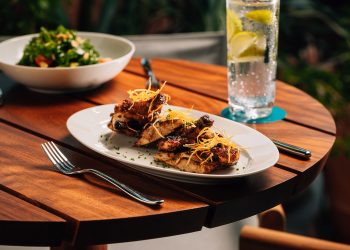 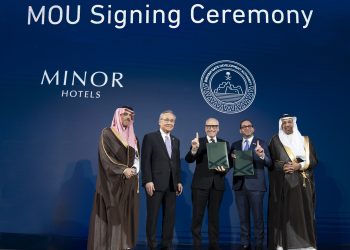