Mandarin Oriental Hotel Group has announced the appointment of Harun Dursun and Ersev Demiröz as general managers at the chain’s Bosphorus and Istanbul properties, respectively.

Anticipated to open in Spring 2021, Mandarin Oriental Bosphorus, Istanbul will be the Group’s second luxury hotel in Turkey.

Demiröz, who previously held the title of Hotel Manager at Mandarin Oriental, Bodrum, has been promoted to General Manager.

Dursun carries the title of ‘Turkey’s First Official Sommelier’ and is one of the founding members of the Turkish Sommeliers Association. He has served as vice president of the association and represented his country in three European and two world championships.

Demiröz completed his undergraduate studies in Tourism and Hotel Management at Bilkent University in 1992, with a degree in international hotel management. He has had more than 20 years of experience at prestigious hotels around the world, including Four Seasons St. Petersburg, Four Seasons Jakarta, and Ciragan Palace Hotel Kempinski, before joining Mandarin Oriental in 2017. 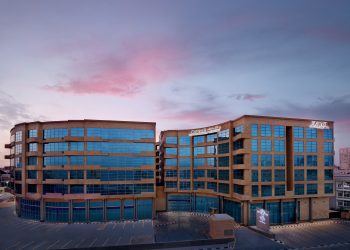 Marriott Executive Apartments Opens in the Heart of Al Khobar