Nakheel and AccorHotels sign deal for Ibis Dubai at JVC 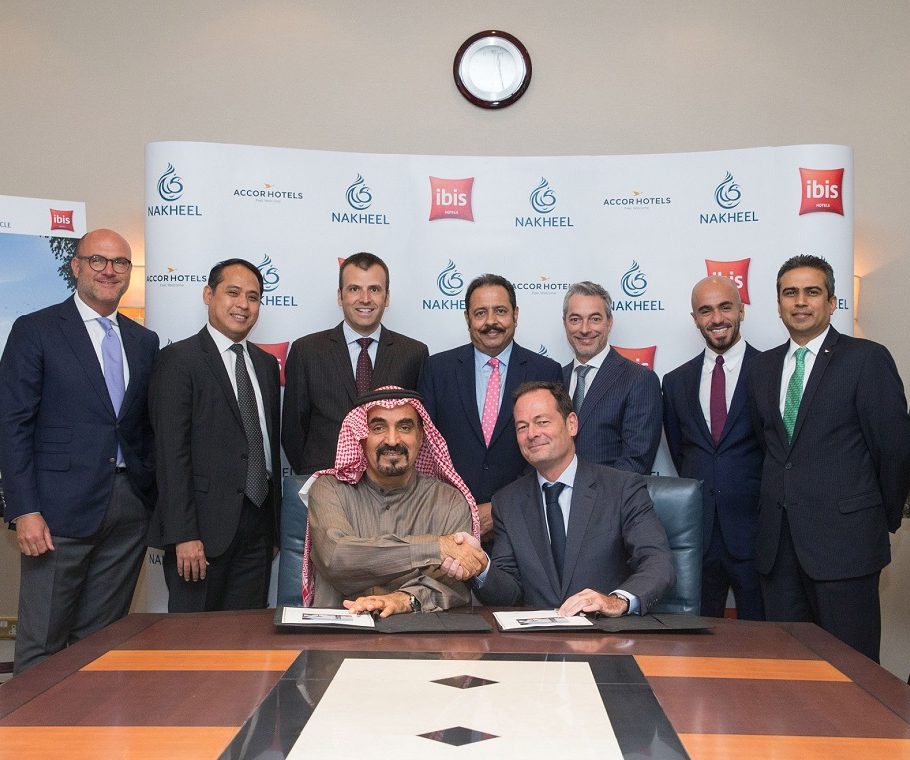 Ali Rashid Lootah, chairman, Nakheel said: “Our hospitality business continues to go from strength to strength, as we design and deliver a diverse range of hotels, resorts and serviced residences at key locations across Dubai, and partner with world-leading hotel brands to bring new hospitality concepts to the emirate.

“I am delighted to further reinforce our partnership with AccorHotels for the Ibis hotel at Jumeirah Village Circle.”

“Following the recent announcement of the Raffles brand on the iconic Palm Jumeirah with PALM 360, as well as our operation of ibis Styles Dragon Mart, we value this successful relationship and recognize Nakheel’s far-reaching vision of further enhancing Dubai as a world-class destination.”

A month ago, Raffles was announced as the brand for the luxury hotel and residences at PALM360 on Palm Jumeirah, and Nakheel’s 251-room hotel at Dragon Mart, which opened in 2016, is also managed by AccorHotels, under the ibis Styles brand.

Located inside the eastern edge of the sprawling Jumeirah Village Circle community, the 252-room ibis hotel will provide an economy hospitality offering, with an all-day restaurant with indoor and outdoor seating, café, fitness center, meeting room and car park. The hotel will span 126,000 square feet across 16 floors.  It is expected to open in 2021.

The JVC hotel is one of 17 projects in Nakheel’s AED5 billion hospitality expansion programme, under which some 6,000 new rooms and hotel apartments will be delivered across Dubai in line with the Government of Dubai’s tourism vision. Two are already operational, with the rest at various stages of construction and development.

Around 30,000 people currently live at Jumeirah Village Circle, with a predicted population of more than 300,000 when the 560-hectare master community is fully complete.

JVC amenities include 33 landscaped parks and the upcoming Circle Mall and JVC community club, both of which are under construction and due to open in 2019. In 2016, Nakheel completed an AED18.5 million road improvement scheme, which opened three new JVC entry and exit points from Hessa Street.