The five-star property has appointed a new Executive Chef and a new Chef De Cuisine for their fine-dining steakhouse. 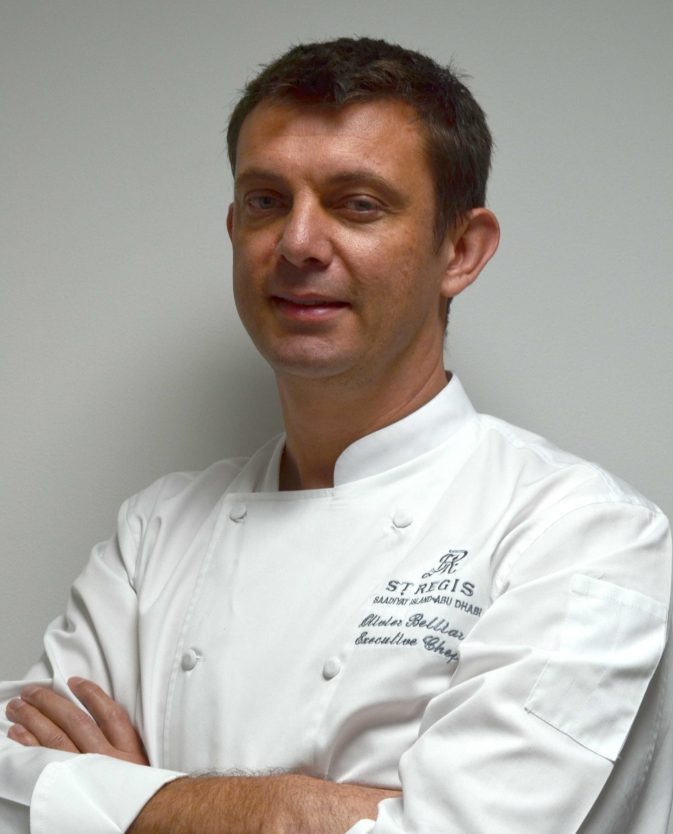 After working in Michelin-star restaurants in Paris and Normandy, Chef Olivier Belliard has been named as the Executive Chef overseeing all F&B outlets at The St. Regis Saadiyat Island Resort, Abu Dhabi.

Born in France, Chef Olivier has two decades of experience in the culinary field with a Master’s degree in Hospitality Management from Cornell University in New York.

“There are many things happening, early next year, we will revamp the menu at 55&5th, The Grill and create some new dishes for Sontaya, without deviating from its successful Thai-Chinese fusion style,” Chef Olivier said.

“Next year, I also hope to create a monthly event featuring a long table covered with all sorts of sweets and desserts, something very colorful.

“It’s an amazing place – very well designed – so I want to bring some new, fresh ideas. I want guests to have an amazing experience and remember the time they spend with us,” he added.

The new additions also include Chef Ramaswamy Jayada, who has been appointed as Chef de Cuisine at fine-dining steakhouse 55&5th, The Grill.

Chef Ramasawmy joined The St. Regis from a five-star golfing resort in Mauritius, however, the 31-year-old is no stranger to the Arabian Gulf, having previously worked at The St. Regis Doha and W Doha.

“The resort looks beautiful and it is in a great location. I am really impressed by the management here, who is very supportive. The whole team has been very welcoming,” Chef Jayada said.

Opinion: The global rise of the ‘eatertainment’ concept