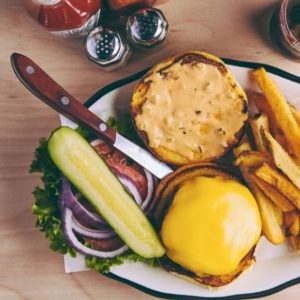 Black Tap has a laid-back, casual vibe, with the design a modern take on the classic American diner.

The brand is being brought to the emirate by Sunset Group, which is also behind the franchise operations of Spanish tapas bar El Sur at Westin Mina Seyahi, Dubai.

Michelin-starred chef Joe Isidori created the menu for the brand, which has two locations in New York, in Soho and the Meatpacking District.

Items on the New York menu include the grass-fed lamb burger with swiss cheese, house-made pickles and house buttermilk-dill and the falafel burger with tahini, pickled onion, greek feta & hummus.

On the drinks menu is a range of Mexican sodas including mandarine, pineapple and grapefruit flavours, and a selection of shakes such as peanut butter, Nutella and oreo cookies & cream.

Jumeirah Al Naseem Hotel, a 430-key resort to open in Madinat Jumeirah this October will mark the destination’s fourth hotel.