The second edition of World Halal Tourism Awards will recognise excellence in the halal and family-friendly travel and tourism industry. 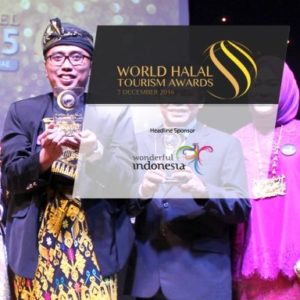 The winners and runners-up of the 2016 World Halal Tourism Awards will be announced at an awards ceremony on 7 December.

The awards ceremony forms a key aspect of the World Halal Travel Summit which is the largest gathering of global executives operating in the halal and family friendly travel sector.

The World Halal Tourism Awards is the first award-giving body to solely represent the halal and family-friendly travel and tourism industry.

Andy Buchanan, executive organising committee director, International Travel Week Abu Dhabi commented: “For the second time, The World Halal Tourism Awards will again recognise the best players in the industry and form the benchmark for excellence in the halal and family-friendly tourism industry.

“We are opening the nomination across the 16 awards categories and will be announcing the nominees on third week of October. Once the nomination are out, the general public can officially vote online for their favorites till 25 November 2016.”

Award nominations will close on 14 October 2016, after which voting will open from 17 October and will end on 25 November.

Judging will be carried out by an independent committee comprised of industry leaders from across the Halal travel and tourism industry.

ITW Abu Dhabi is the world’s largest hosted buyer programme, providing a platform for the tourism industry’s key players to drive business in the halal, medical and shopping tourism sectors.