Nothing challenges me in the kitchen – I know it like the back of my hand: Chef Mathieu Palombino

by admin
in Interviews & Features, News
A A

Motorino’s Neapolitan pies hail from Brooklyn. Founder and Chef Mathieu Palombino has announced the culinary collaboration with JA Resorts & Hotels as his first foray into the Middle East.

His pizzas were deemed “the best of a new generation of pizzas” by The New York Times, and Motorino NY continues to accrue accolades to this day, featured in The Bib Gourmand Michelin Guide and as a Chefs Feed winner of “One of the Best Things to Eat in NYC”.

Tell us a little about your career as a chef.
I started cooking school and my kitchen apprenticeship at the age of 15 in Belgium. I entered a big kitchen brigade at the very bottom and worked up to chef de partie. This was a fundamental time and an invaluable asset to my career; I learned the old-school way from the old-timers: the basics, from butchery to pastry, catering and high-end service in a disciplined, uncompromising kitchen.

After my apprenticeship, I moved to Brussels where I worked in what was, at the time, the hottest restaurant in town. I was exposed to a lot of different people in the kitchen, and it planted the seed in my head to move to New York.

The next year – I was in another world. I was very young, but since I could hold my own in a kitchen, it was easy to find work. I moved from place to place to learn the trade from some of the very best chefs in the city. The kitchens of high-end French restaurants such as Bouley and Cello felt like home to me, but I also trailed in steakhouses and Italian restaurants, and I ran kitchens in busy downtown brasseries.

When I was chef de cuisine of BLT Fish, the restaurant earned three stars in The NY Times and a Michelin star in its first year. Though I was having a blast, my main focus was to learn enough to do it on my own.

In 2008, I took a 180-degree turn from anything I’d done before and opened something that would have a chance to work in tough times, a Neapolitan pizzeria. I worked the pizza dough to be the best in town, I sold it at a good price, and we ran a professional, but comfortable and casual restaurant. Motorino was a success right out of the box. I opened the second location a year later, and now there are 14 worldwide.

Who or what inspired you to become a chef?
My dad and I used to love watching Joel Robuchon on Sunday as he demonstrated a recipe with a young chef on TV. I watched this show religiously. This is where I started to think that this could be a thing for me, and my parents supported my goal. A chef is a difficult, but respectable job in Europe; it’s a good career path.

What’s the biggest challenge you’ve faced as a chef?
Nothing challenges me in the kitchen – I know it like the back of my hand. The kitchen keeps no secrets from me. Being a business owner, however, is a different story…

You have successful restaurants in New York, why expand into Dubai?
I love travelling. It’s a pleasure to be opening pizzerias in cities that are growing and expanding. Meeting new people, putting a restaurant together with them, adapting to a new culture/market – it’s a great endeavour.

Last month, you opened the doors to Motorino at JA Ocean View Hotel, how did your partnership with JA Resorts and Hotels come about?
The CEO of JA Resorts & Hotels was based in Hong Kong a few years ago and happened to live near our Motorino outpost there. He was a frequent visitor – he got hooked on the pizza. Being familiar with the quality and consistency of Motorino, he trusted our brand when it came time to put a pizzeria in his hotel in Dubai.

What can guests expect from the menu at Motorino?
They can expect to find the same great list of antipasti and pies we serve in New York City – Neapolitan classics such as the Margherita or Straciatella, and Motorino signatures such as the Colatura di Alici.

In Dubai, we’ve added a fresh pasta section to the menu, which focuses on southern Italian pasta dishes. We have amazing seafood coming in from Italy; the Linguine alle Vongole and Spaghetti al Frutti di Mare shouldn’t be missed.

It’s no secret that Motorino is considered to have the best pizza in NYC, what makes the pizza at Motorino so mouth-watering?
First, there’s our pizza dough, which we’re incredibly proud of. Motorino pizza has a highly fermented, long-process dough. The crust has an excellent light, airy, structure that many Neapolitan pizzas don’t achieve.

You know how pizza gets soggy in the centre; the dough won’t hold? Our crust doesn’t have that problem. We don’t work pizza dough the way pizzerias usually do; we approach dough production as a bakery would.

We have a precise schedule and a crew of people who are solely dedicated to making the dough. It’s a very different job from the pizzaiolo in front of the oven. Being able to separate the production from the preparation is what has allowed us to maintain the quality of this dough for so long.

Then, there’s the second phase of pizza, the garnish. Motorino’s are on the lighter side, not overloaded with ingredients. We achieve big, full flavours with classical ingredient pairings, such as anchovies, capers, and olives on our Del Popolo pizza, or simply fior di latte, tomato, basil, and excellent pecorino on our Margherita.

How do you plan on achieving similar acclaim here in Dubai?
I’ve created comprehensive systems for JA Resorts & Hotels – and all our licensees, ensuring that the Motorino pizza you have in Dubai will be exactly the same as the one you get in New York. Everyone uses the same ingredients, recipes, techniques and always the Neapolitan oven.

Every year brings on new trends in the food industry; in your opinion, what F&B trends can we expect in the coming year?
I see chef-owned restaurants thriving in times ahead – restaurants with a human behind them, rather than a concept dreamed up by an investment firm, with a team of consultants and interchangeable chefs. I also like to see that restaurant menus are getting healthier. Though it’s a trend that started fifty years ago, it keeps developing as we learn more about health and nutrition.

What advice would you share with upcoming talent starting out in the F&B industry?
Every day before your 30th birthday, learn the trade by going to work for the people you admire. Work hard – really hard – and build yourself into a true professional. Be tasteful, don’t get confused by sensation. Give people what they want, and enjoy yourself while doing it. Remember that the ultimate goal in this profession is to please your guests. 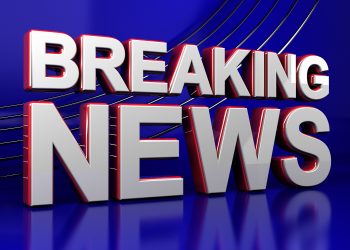 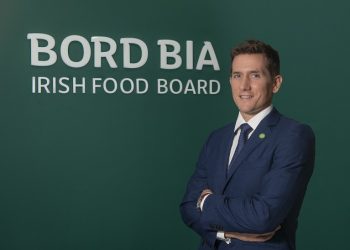