by Staff Writer
in Hotels, News
A A

Radisson Hotel Group, one of the world’s leading hotel groups, is proud to announce a record year in its fastest-growing region, the Middle East & Africa, with 21 signings and seven hotel openings achieved thus far. The Group’s expansion drive includes the announcement of eight hotels in Morocco, the entry into Thakher Makkah with nearly 1,000 rooms, as well as the introduction of the Radisson Individuals brand in both the Middle East & Africa. From opening the first Radisson hotel in Dubai and Africa’s second Radisson RED in South Africa, to multiple Radisson Blu resort offerings, it has been a year lined with significant milestones for the Group.

With additional hotel signings and a further seven openings across destinations such as the UAE, Madagascar and Saudi Arabia expected before year-end, Radisson Hotel Group remains prudently optimistic regarding the business recovery within the last quarter of 2021.

With more than 100 hotels currently in operation and 70 under development across the region, the Group’s aggressive expansion places them firmly on track to reach over 250 hotels in its Middle East & Africa portfolio by 2025. Radisson Hotel Group has put forward growth priorities across key markets such as Saudi Arabia, the United Arab Emirates, Morocco, Egypt and South Africa.

With over 75 hotels in operation and under development, the Middle East remains a key focus for Radisson Hotel Group’s global strategy as it is set to reinforce its position as a global leader across the region, striving to reach 100 hotels by 2025. In line with the Saudi Vision 2030, the group has placed a focus in further expanding its presence across the Kingdom and across all segments from resorts to city hotels but also serviced apartments and conversion offerings.

As the economic and commercial capital of Saudi Arabia, Riyadh is the largest city and remains a strategic destination for the group’s expansion. The recent signing of Radisson Blu Resort, Riyadh Hills Itlalat and Radisson Blu Resort, Riyadh Hills Shalalah, is in line with the group’s ambition to continuously supplement this market with modernized and exceptional experiences.

Strengthening the group’s brand presence across Radisson Blu, Park Inn by Radisson, and Radisson Individuals, the signing of Vivid Jeddah Hotel, a member of Radisson Individuals; the Radisson Blu Hotel, Jeddah Al Hamra and the Park Inn by Radisson Jeddah Al Hamra, all set to open in 2022, will add a total of 625 rooms, doubling the Group’s portfolio in Jeddah. Further expanding its presence within the Holy Cities, Radisson Hotel Group’s recent announcements within the Thakher Makkah megaproject will be adding nearly 1,000 rooms and apartments, doubling the Group’s portfolio in Makkah, a key target growth market in Saudi Arabia.

From the first airport hotel located in Riyadh to the second Radisson Collection in Saudi Arabia, the group aims to open an additional four properties during the last quarter to reach the total addition of 1,000 keys in Riyadh alone this year. With the ambition to double the portfolio across the region, Radisson Hotel Group continues to drive their growth journey across sub-markets and support investors to develop and operate real estate efficient operations with a pragmatic approach to conversion solutions, especially during these unprecedented times.

In addition, the past few months have marked the Group’s expansion of its serviced apartments portfolio which will be developed as a brand extension to cater to the different segments from midscale to luxury. Radisson Hotel Group announced plans to more than double its Serviced Apartment portfolio within the next 5 years.

Elie Milky, Vice President, Development, Middle East, Cyprus, Greece and Pakistan said: “With the launch of Radisson Individuals and the reinforcement of our strategy for resorts as well as serviced apartments, we stay more relevant to changing owner needs and remain one of the best conversion-friendly partners in the industry. Our focus on conversions and our recent signings have resulted in a target opening of 1,800 keys this year in the Middle East alone, with at least 1,500 keys planned to open in 2022.”

“Over the recent months, resorts and serviced apartments have proven to be very resilient and attractive asset propositions to our investors which have further strengthened our commitment to these alternative hospitality models. Moving forward, we aim to continue expanding our brand architecture covering all relevant product types as we strengthen our presence across the Middle East, primarily in the key markets of Saudi Arabia and the UAE.We have a very proactive and engaging approach with our partners and investors, and we believe in building long-standing relationships with our owners based on trust and responsibility.”

From a single hotel in Africa 20 years ago, Radisson Hotel Group’s African portfolio has grown to almost 100 hotels in operation and under development in more than 30 countries across the continent, cementing the Group’s leading position as the hotel company with the largest active presence in the most countries across Africa.

Setting a hotel expansion record in Africa with 13 hotel signings to date, translating to a new hotel signed every 20 days, the Group remains firmly on track with their ambitious development strategy to reach over 150 hotels by 2025 across the continent.

These signings, reinforcing the Group’s expansion strategy, have secured a record growth in Morocco with an additional nine hotels, comprising of two hotels in Casablanca, including the debut of the Radisson brand with the Radisson Hotel Casablanca Gauthier La Citadelle and the recent partnership established with Madaef which translates to seven additional hotels across key leisure destinations in the country. The group has also announced the launch of their first project, the Earl Heights Suite Hotel, a member of Radisson Individuals in Accra, Ghana joining their new affiliation brand; their market entry in Victory Falls with the introduction of Radisson Blu Resort Mosi-Oa-Tunya Livingstone as well as another new entry with Radisson Hotel Djibouti. The most recent announcement was the Radisson Hotel Middleburg which further complements the Group’s presence across South Africa.

These hotel signings equate to almost 2,500 rooms, most of which are located in the Group’s core focus countries, especially across Morocco, with the remainder reinforcing their presence in cluster markets or entering into new territories.

Ramsay Rankoussi, Vice President, Development, Africa & Turkey at Radisson Hotel Group, said: “For the remainder of the year, we will continue to build on the success and momentum we’ve had thus far, with a continued focus on our identified key markets, specifically Morocco, Egypt, Nigeria and South Africa. We aim to further accelerate our presence across the continent through both new builds and conversions. Africa is mainly led by business hotels, but with the recent signings, we have expanded our leisure offerings and serviced apartments which has not only proven resilient during COVID-19 but is also fueling a faster recovery. Our ambitions are driven by creating critical mass in each of our identified focus markets but also ensuring market proximity. These regions are subdivided based on priorities, focus and potential scale.”

“Despite the current situation and supporting our robust expansion strategy, our teams are working tirelessly to realize the pipeline, with eight hotel openings in Africa this year. We have already opened five hotels, consisting of four of the seven hotels we’ve just announced in Morocco, which consist of resorts and residences as well the opening of Africa’s second Radisson RED hotel in Rosebank. The remaining three hotels, all due to open before year-end, represent our debut in Madagascar with a portfolio of three hotels.”

Building on the success of the Group’s five-year expansion and transformation plan, Radisson Hotel Group is ready for the rebound of travel and remains firmly committed to becoming the brand of choice for owners, partners, and guests. 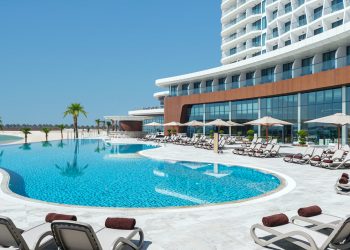 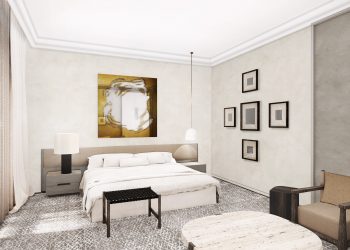