Posted under Hotel & Catering ME, Hotel News ME, News.
by Dina Maaty | Published 1 month ago


Raffles Dubai has announced that it has been awarded two global rankings at the “Best of the Best Hotels” Travellers’ Choice Awards on TripAdvisor for 2020, including being part of the top 10 overall hotels in the world for the very first time.

The pyramid-shaped Dubai landmark has been ranked for the second year in a row in the Top 25 Luxury Hotels in the world and has now made it to the Top 25 Overall Hotels, as the only hotel in the Middle East to have been included in the Top 10. Winners are calculated based on the quality and quantity of the millions of reviews, opinions and ratings collected on Tripadvisor in 2019.

Ayman Gharib, Managing Director of Raffles Dubai & Sofitel Dubai Wafi defines this achievement: “As we overcome these unprecedented times and with over 8.7 million businesses listed on Tripadvisor, being part of the Top 10 overall hotels worldwide is a testament to the dedication and tremendous effort of the hotel colleagues over the past years. It is another prestigious recognition of Raffles Dubai excellence and legendary service and I would like to thank all our valued guests and supporters for their constructive feedback, as well as our colleagues without whom Raffles Dubai’s milestone would not be possible. I remain confident in the power of travel and we are seeing positive signs already as we welcome back our guests.”

In addition, Raffles Dubai continues to be number one hotel on TripAdvisor amongst 712 properties in the city. 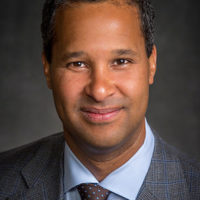