Posted under News.
by Sophia Soltani | Published 5 years ago


Sharjah’s hospitality market is expected to rebound this year after the number of hotel and hotel apartment guests fell in 2015, according to Sharjah Commerce and Tourism Development Authority (SCTDA).

Khalid Jasim Al Midfa, chairman of SCTDA, expects the number of guests in the emirate to grow by 3.5% in 2016 from 1.79 million in 2015, as a result of the authority’s focus on attracting tourists from the GCC countries and growing tourism source markets such as China, India and Europe through promotional campaigns.
“We have to look at opportunities in other growing markets, such as China and India. The GCC is an important market for us. We have increased our efforts in these markets,” Al Midfa told reporters at the Hospitality Industry Forum 2016.

Sharjah’s guest numbers fell last year, as the weaker Ruble against the US Dollar, which the UAE dirham is pegged to, made a holiday in the country more expensive for Russians, and the slump in the Euro made Europe a cheaper and more attractive holiday destination for travellers from the GCC. Al Midfa said that the SCTDA is still promoting the emirate to visitors from Russia and the Commonwealth of Independent States (CIS) since the reduction in their numbers is “temporary”. The number of guests in Sharjah fell 13% last year from 2.06 million in 2014, according to Gurdish Singh Bassi, project director at GRMC Advisory Services. The number of visitors from Russia declined 75%. Hotel and hotel apartment revenues reached AED670 million last year.

“I expect the market to start turning positive by the fourth quarter of 2016 as the appreciation of the US Dollar subsides and the oil prices start picking up,” Bassi said. He also anticipates Russian visitors to start returning to Sharjah by the end of this year. “I don’t expect the Russian tourists to contribute as much as they did. They contributed over 25% of visitors five years ago and now they contribute only 9%,” said Bassi.

Sharjah announced its tourism vision last year to nearly double the number of tourists in the next five years from 5.6 million in 2014 to 10 million. There are 53 hotels and 52 hotel apartments currently in Sharjah.

Four Points by Sheraton Sharjah Set To Open In January 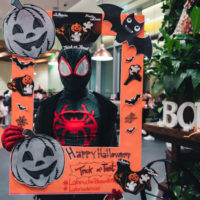 Bluewaters Dubai to host Halloween events and offers across restaurants 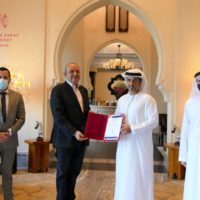 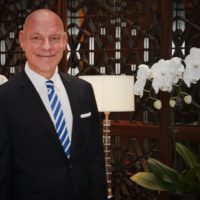 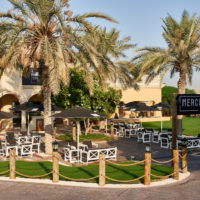