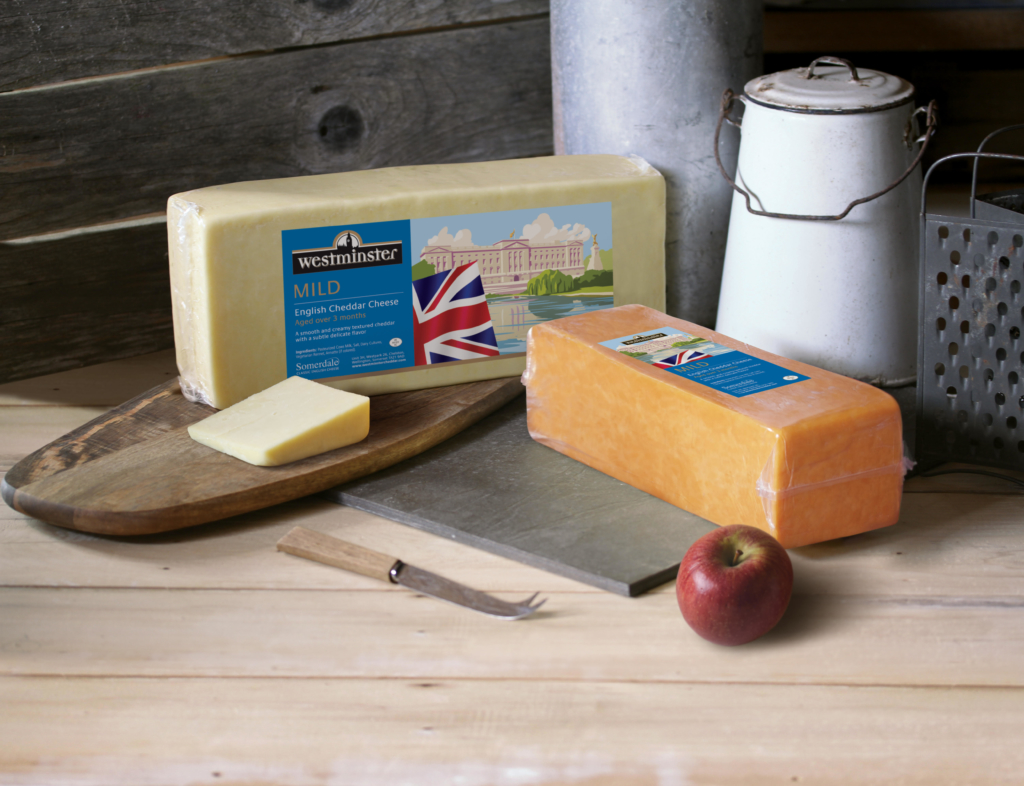 Somerdale will be showcasing a range of British cheese ideal for both retail and catering at Gulfood 2019 being held at the Dubai World Trade Centre from 17 – 21 February 2019.

With its sales to the Middle East now worth £2 million per annum, Somerdale International will be exhibiting its range of Westminster Cheddars.  The Westminster brand is already well known in Saudi Arabia, Dubai, Jordan, Kuwait, Oman, Iraq, and Egypt.  However, Somerdale believes that there is further potential for the brand both in these existing markets and other countries in the Middle East region.

“There is an increasing appetite for high quality British Cheddar which combines both great taste and demonstrable provenance,” Ernie Waldron, director, Somerdale International

Commenting further Waldron said, “We have seen considerable growth in the Middle East over the last five years and there is definitely an increasing appetite for our high-quality British Cheddar. Our Westminster brand of cheddar is already well-established in the region with a growing portfolio of retail, hotel, and catering customers but we believe there is potential to build sales further and expand not only the range of cheese we sell but also develop our presence in other Middle East states.”