by Dina Maaty
in News, People
A A 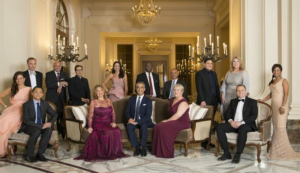 which will boast 234 rooms, the UAE’s first W hotel with 356 rooms and the largest Westin comprising of 1004 rooms with all  hotels operating in the Middle East in Al Habtoor City.

The three hotels, collectively present nearly 1600 rooms, 21 restaurants and lounges, two spas and three state-of-the-art ballrooms supported by 25 meeting rooms, are scheduled to open in a staggered formation, starting with The St. Regis Dubai in Quarter 4 of this year, followed by W Dubai – Al Habtoor City and The Westin Dubai, Al Habtoor City.

Leading the team and overlooking all three hotels as General Manager – Complex, is luxury hospitality veteran, Andreas Oberoi. Since joining in September 2014, he has been focused on compiling an expert team from the ground up, to soon launch, operate and ensure service excellence.

Speaking of the team, Andreas Oberoi said: “We have aimed to bring together a stellar team – one that reflects the UAE’s highly diverse and multicultural society while bringing with them the strengths and expertise to position the three hotels and Al Habtoor City as the region’s landmark hospitality destination.”

Oberoi brings 30 years of experience in luxury hospitality across ten global markets including New York, Bangkok, Beijing and Munich. A Munich native, Oberoi was previously General Manager of Trump SoHo New York. Prior to this, he led openings of The St. Regis Bangkok and The St. Regis Mardavall Mallorca, amongst others.