by admin
in News, People
A A

Rolf Lippuner, general manager, Four Seasons Hotel, Riyadh lists why Saudi Arabia’s hospitality inventory is on the rise and it’s not just down to religious tourism.

On account of the current economic stability and growth in the Kingdom, the potential of the business travel segment continues to offer an incredibly promising opportunity in Saudi Arabia. Saudi Arabia has been making bold movements in terms of development, which has led to a boost in economic activity, attracting investors and professionals in large numbers. This has naturally increased the demand for quality hotels and room rates have also achieved an increase of 8.9% to SAR968.73 for year-end, which resulted in a RevPAR increase of 9.9%. Jeddah has been able to achieve rate increases consecutively over the past 32 months, with the highest ADR achieved for the city since 2000. Jeddah also continues to increase the amount of rooms under construction; with the most recent report showing over 2,000 rooms in the pipeline (2,728) and we at Four Seasons Hotel Riyadh cater to the stringent quality and standards expected by international travelers and expats heading to the Kingdom for work and pleasure.

Lately we have noticed a strong trend in Saudi Arabia in terms of a growing domestic tourism. The Saudi government has been taking every possible step to nurture this new target market. The intention behind Saudi Arabia’s recent growth in domestic tourism is attributed to the government’s efforts to encourage local citizens to discover their own country which helps grow the domestic tourism economy as opposed to what used to be a steady outflow of tourist riyals as Saudis mainly travelled abroad for their vacations. We are now seeing more locals from different regions of Saudi Arabia travel to Riyadh for long weekends or holidays.

Luxury travel is making a major comeback as consumers continue to put a greater emphasis on experiences over tangible goods. Today’s travellers are looking for a variety of experiences whether a blissful spa visit or a one-of-a-kind gastronomical experience. This segment of today’s luxury travellers are looking for a more intimate exploration of a destination’s culture and people. Regardless of the destination it has become increasingly apparent that it’s the experience that matters the most and that people are willing to pay for memories that will last a lifetime.

Saudi Arabia is a unique market where businesses have to be sensitive to customs and traditions; I would say that with a great understanding of such traditions, hotels can create better marketing opportunities in this market just like we did at Four Seasons Hotel Riyadh with our women-only floor “The Pearl” which has proved to be a great success since its opening. Looking at the holy cities of Makkah and Medina on a 2014 year-end basis, they achieved RevPAR increases of +4.3% and +8.6% respectively. Medina also reported a significantly higher year-end occupancy growth (+9.8%) compared to Makkah’s +5.8%.

Another growing trend in the Kingdom is multi-generational family travel, where three generations of the same family travel together and stay in a hotel together. High-end brands, elegant restaurants, and luxurious shopping centres are the main attractions being sought out by local travellers. The government is also focusing on developing the country’s cultural tourism, to encourage local travelers to explore the rich heritage of the Kingdom.

The Saudi Commission for Tourism and Antiquities is committed to enhancing and improving tourism services in the country by capitalising on both existing and new business and leisure opportunities with some planned or under-development projects such as museums, sports stadiums, theme parks and convention centers, all of which cater to the family market. In addition, the unique and diverse heritage of archeological sites that the country already possesses also support the Kingdom’s ambitions of becoming a destination for touristic and family travel.

Infrastructure projects have received a significant boost from the government as a means of placating growing demand in the country. With year-on-year growth of about 16% in the total value of infrastructure projects, Saudi Arabia has become the GCC region’s fastest-growing market. $55 billion worth of contracts were awarded in the kingdom in 2014, which are directed towards civil infrastructure such as transportation, water, power and housing. The Saudi Arabian General Investment Authority (SAGIA) recently announced its plans to open offices in countries such as China, the United Kingdom, the United States and Germany in order to attract more investment in infrastructure projects.

We foresee a huge increase in inventory in the city in terms of hotel rooms, especially from global brands, possibly amounting to a 30%-40% rise over the next three years. So it’s no secret that there is more competition now than ever in the luxury hospitality market and we believe that the only sustainable differentiator is one’s ability to customise the guest experience, to truly understand their needs and to deliver a memorable experience at all levels. Our goal is to be the first and only choice for GCC travelers at the top end of the luxury hospitality scale and we expect to accomplish this by ensuring that we not only anticipate the needs of our guests but also develop programs and services to consistently exceed their expectations.

More and more travellers, who visit Saudi Arabia primarily for business, are looking for elements of authenticity and individualisation; looking for ways to immerse themselves in the local culture while conducting business. Saudi Arabia is a treasure trove of unusual things to do, a destination where tradition blends seamlessly with a modern city dynamic, promising unique cultural experiences for these travellers.

Saudi Arabia is currently implementing the Extended Umrah Tourism Program, allowing foreign nationals travelling to the country for the Islamic pilgrimage to stay for a longer period by converting their Umrah visa to a 30-day tourist visa following their pilgrimage. Since Saudi Arabia does not currently issue tourist visas to visitors from any country, the programme will be one way for foreign visitors to experience the tourism offering of the Kingdom and will be crucial to boosting inbound leisure tourism. Cities with well-developed airlift to international, regional and domestic destinations will benefit from their position as gateways to the rest of Saudi Arabia for those tourists looking to further explore the Kingdom through this scheme. 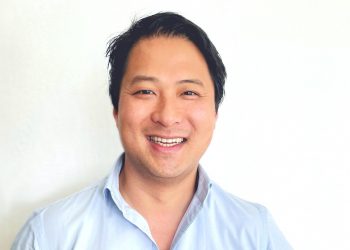