The Fruit of Their Labour

by Mahak Mannan
in Catering, Interviews & Features, News
A A

From running a fruit and vegetable business to opening Dubai’s first Latin Fruit bar, the Karmostaji brothers tell Mahak Mannan about their journey to introducing a truly unique outlet in the UAE’s food and beverage scene. 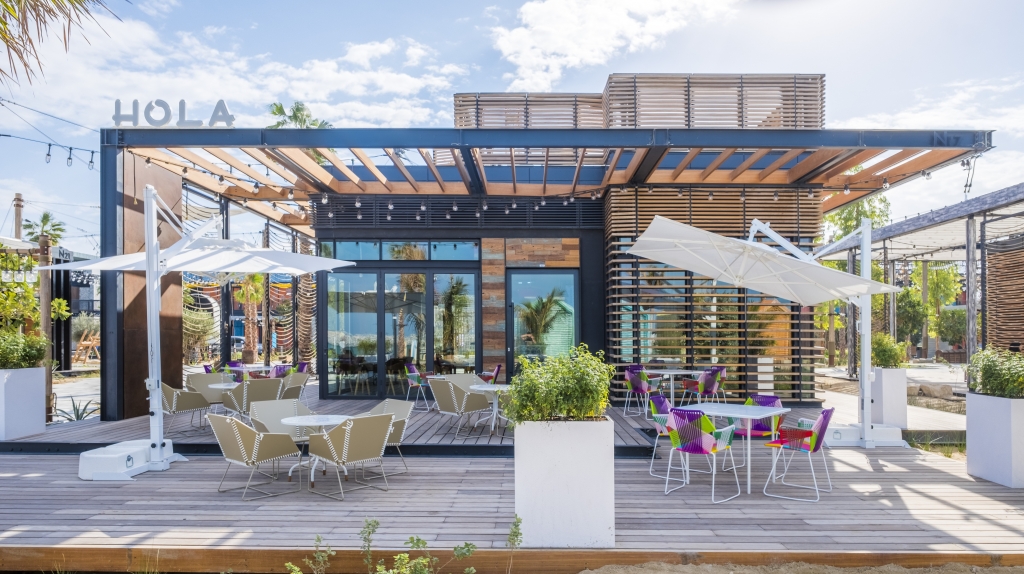 Although the Emirati brothers, Ali and Youssef Karmostaji, started working with their family business, Shokri Hassan Trading Company, right after graduation,  the younger brother, Ali Karmostaji always wanted to be an entrepreneur and start something on his own.

Having studied in the USA, Ali made frequent trips to Latin America and fell in love with the vibe and culture of the place and took a special liking towards the street food vendors there, who would serve fresh fruits with a mix of flavours that the taste palettes of this region were not used to, which is what led to the birth of Hola, a Latin fruit bar located by the beach in La Mer.

“I always wanted to start sometime of my own, something different but still related to our core business,” Ali says.

“In the fruit and vegetable market, as soon as the product ripens, it is no longer wanted. As suppliers we usually do not want the products to ripen while we have it so a lot of friends suggested I start a juice bar but that is very mainstream, you find it everywhere, I wanted something a bit more unique,” he explains.

“So I thought about mixing the two up, Latin America and fruits, which is related to our family business. Fruits are also very popular in the street food culture in Mexico, they season it with all kinds of different flavours. They cut it right in front of you, ask for your seasoning preferences and serve it to you with a twist. Imagine a mango with lime or chilli flakes, that is very interesting to me coming from this region as we don’t usually eat it that way.”

However, when Ali proposed the idea to his older brother Youssef, the later was concerned about finding the perfect location for such a concept.

“I told Ali, it’s all about the location. If you open this outlet in a place that is not busy it is not going to work because at the end of the day we need to look at selling quantity as much as we look at the quality,” Ali says.

“We sell our products in different fruit shells like the papaya and coconut shells. We could not sell this in a mall. People would not walk around indoors with a pineapple in their hand. So we needed a location to compliment the concept.”

Finding the perfect location did not come easy as the brothers waited for over a year to launch the concept in search for a venue with both indoor and outdoor seating options.

“We partnered with a Barcelona based company to design the location and the designer was initially working on the concept without a location. He was creating it in an imaginary location. I wanted to have Latin America all over the place and after a few changes in design we got the perfect set up,” he says.

“We have the fruit baskets in which the Latin Americans buy their fruits hanging from the ceiling, paleta sticks on the doors and the screen frames, all the tiles are Mexican too, we wanted a fun, casual, funky, beach look,” Ali explained.

A little over a year later, a location at La Mer was offered to the brothers.

“We were travelling to the US at the time when we got the call offering us the La Mer location and I said this a once in a lifetime opportunity, we would not get something like this again,” Youssef recalls.

“When we came back and saw it, the area was just sand but with the development plans for it, we thought this place is going to be crazy. The beach location fit perfectly with what we wanted and we could already visualise our venue there,” he says.

With the concept and location in check, the next step was to find the perfect chef.

“We initially worked with an agency to help develop the menu, what we could offer and how to present it. They also helped us find our chef,” Ali explains.

“The first tasting however, did not quite match our expectations. We wanted to give our customers an authentic Latin feel. We did a tasting with a chef who was not Latin American and we were not satisfied and insisted we need a Latin American chef because they have their own flavours.

“Our second tasting was with a Mexican chef and honestly he exceeded our expectations with all the flavours and techniques he used, we agreed to bring him on board with the first taste of his preparations,” Ali adds.

Speaking about their menu offerings the brothers claim there is nothing quite like Hola in the market, “If you talk about a fruit salad, everyone does a fruit salad, even coffee shops have them but how we present it, the seasonings we add and the toppings we use, makes things different. We also have popsicles, smoothies and a lot more fruity offerings.”

“Even our popsicles are not the ones you would see in the supermarket,” Youssef adds.

“There are favours that are only available in Hola and it goes without saying that our products can be dairy-free and gluten-free, everything is home made.

“Kids usually like things to be much sweeter and the local community enjoys a little bit of sweet as well whereas you also have other cultures that want more healthy, no sugar, dairy free, vegan offerings and we cater to everything. Even if we do not have something specific that a customer wants, the chef will recommend what he can make around the requirement,” Youssef says.

The venue was originally named Paletas but the owners decided to change it.

“We initially named it paletas, which is Spanish for popsicles but then thought it would be a hard name for people to pronounce, especially if they are not from the same origin so we decided on making it something simple. Hola was perfect, it a very easy and informal word for ‘hello’ in Latin America,” Ali explains. 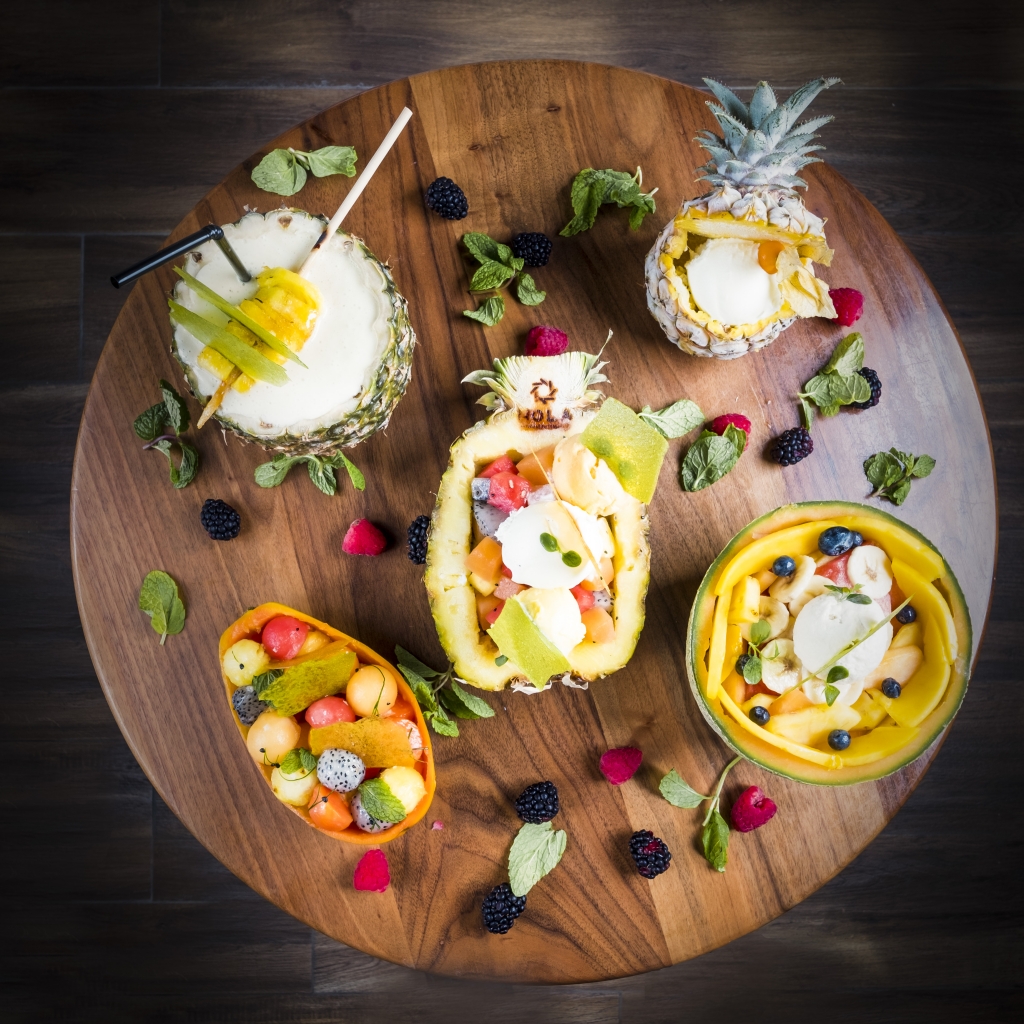 In terms of sourcing their produce, strawberry is the only fruit that is grown in the UAE locally, that too only during specific months, so most of their fruits are sourced from overseas.

“As we have been in this business since 1981, we have suppliers all over the world. We only need a phone call or WhatsApp message to get the required goods. Even if the chef asks for a few special items, we can get it for him although it would not be that easy for others,” Youssef says.

“For example if we need to get a certain amount of product from Mexico, something special that does not come here in big quantities, then it might be challenging to get it because if it does not come here and the quantity ordered is small they will not ship it. But due to our long term relationship in the industry, we know the suppliers and channels to get it done,” he says.

However, operating in a location like La Mer comes with its own set of benefits and challenges, one main concern being the summer months, “To a certain point the location will be affected in the summer, like everywhere else in Dubai but we also need to keep in mind that people still do fly in to Dubai for the sun over the summer. It might not be as good as the cooler months but there will be footfall,” Ali says.

“To be in such a prime location, you also have to keep in mind that there is a lot of cost behind it. Based on that we tried to keep our prices as affordable as possible to everybody, they fit all income levels,” Youssef adds.

“We will definitely start getting our return on investment but that might not be until the second year, in a couple of years we will get it back.”

With the growing competition in the market, it is necessary to stand out from the crowd which is why the brothers are confident about their concept.

“The food and beverage market is very competitive, you have to differentiate yourself, or else people will think you are just another new outlet,” Ali says.

“One thing I insist on is to have the wow factor in all of our dishes. They have to look amazing in pictures. Sometimes my chef says there is only limited things that he can do with certain products but I tell him there are always new ways to make things look good.

“It is the era of social media and people want to take pictures of something before they even eat it, however this should not take away from the taste of our products,” he adds.

“Our product is such that it is unseen by the people here, so when customers see it on social media they are amazed and want to try it out. We have people from Abu Dhabi come and ask for the mango flower which is one of our signatures.

“Also, quite a lot of our customers ask if this is a franchise from Mexico and are shocked to hear that it is a home grown concept, a few Latin Americans have also said that it reminds them of home,” Ali says.

“While in the coming months we are going to focus on building this venue, in the future you can expect to see a lot more Hola venues not just in the UAE but in the GCC.”