The Ritz-Carlton, Dubai International Financial Centre (DIFC) has announced that it has made three new appointments to its team of professionals. Joining the Ladies and Gentlemen of The Ritz-Carlton DIFC are Edwin Calimano, Director of HR, Sabry Balboul, Director of Engineering, and Frida Audi, Director of Sales and Marketing.

Hailing from the United States, Calimano brings a glowing track record with experience working mainly in luxury hotels from around the globe. Prior to his role at The Ritz-Carlton DIFC, Calimano served at hotel brands such as Accor Hotels-Fairmont, Jumeirah Group-Burj Al Arab, Jumeirah Beach Hotel, One & Only Le Royal Mirage, IHG, Hyatt Hotels Corporation, and the Four Seasons. In his capacity, Calimano supported many HR projects and pre-openings in the region and around the world.

Originally from Egypt, Sabry Balboul, brings an extensive track record having worked all around the MEA. Joining The Ritz-Carlton DIFC from the Hilton International, Balboul supported many pre-opening projects in the region. Alongside his experience, Balboul holds a pre-Master diploma and BA in Electrical Engineering from the University of Cairo.

Frida Audi, originally from Lebanon, brings to the table extensive knowledge of the dynamic UAE market having worked in luxury hotels across the region including The Oberoi, Dubai. Joining the team at The Ritz-Carlton DIFC, Frida is no stranger to Marriott International with her previous work tenure at The Ritz-Carlton Doha. Frida Audi brings an impressive skill set to the position after as she successfully spear-headed the Sales and Marketing teams at the Habtoor Grand Resort Autograph Collection by Marriott and Al Habtoor City Hotels by Hilton Dubai, where she worked in the capacity of a Cluster Commercial Director. 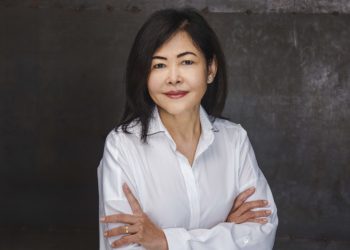