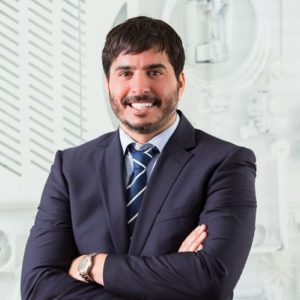 It also implemented its very first cold brew coffee tap at the venue, offering the option for nitro coffee to be available at the coffee bar area.

The company was appointed by project manager, Compass Project Management, alongside BW Interiors, to install and commission the kitchen and coffee bar for the venue.

Rashid Bahar, business development manager at TSSC explains that the successful implementation of the milk tap and brew systems came from a research trip to the US.

He told Catering News: “I took a special trip to California last October with the mission to study the trends that has US coffee lovers buzzing. We made it happen in Dubai in short timeframe by partnering with an experienced supplier for the system in the US.”

The milk taps allow customers the ability to dispense milk of their choice – including almond, rice, soya, coconut or cow’s milk – for their dishes or drinks.

The cold brew tap offers nitro coffee, a cold brew coffee infused with nitrogen. Nitrogen does not easily dissolve in water, making the beverage creamier and richer than hot coffee.

According to Bahar, cold brew must be treated differently to hot coffee as it takes longer to make and has a higher caffeine content due to steeping time. He recommends 14 – 16 hours in a refrigerator with a special cold brewer, available from TSSC.

He commented: “Cold brew coffee is brewed using ground coffee and is free of undesirable flavours caused by oils and fatty acids, which are normally released into hot coffee. Since the coffee beans are not exposed to high temperatures when cold brewed, there is no need to soften the acidic taste with milk, cream or sugar.”

According to Bahar, TSSC was brought on board for the project due to the tight completion date.

“TSSC is known for providing quick turnaround on projects in the market provided all the approvals and commercial terms have been met by the client.  We were awarded the project in December 2016 and handed over by March 2017,” he said.

“It was fun to work on this project because it challenged us.  We knew that we were on a tight schedule and there were very important people involved and we did not want to let anyone down.”